FAYETTEVILLE, Ark. — The United States’ cattle inventory has shrunk to its lowest numbers since 2015 thanks to the drought sprawling across the western half of the country. 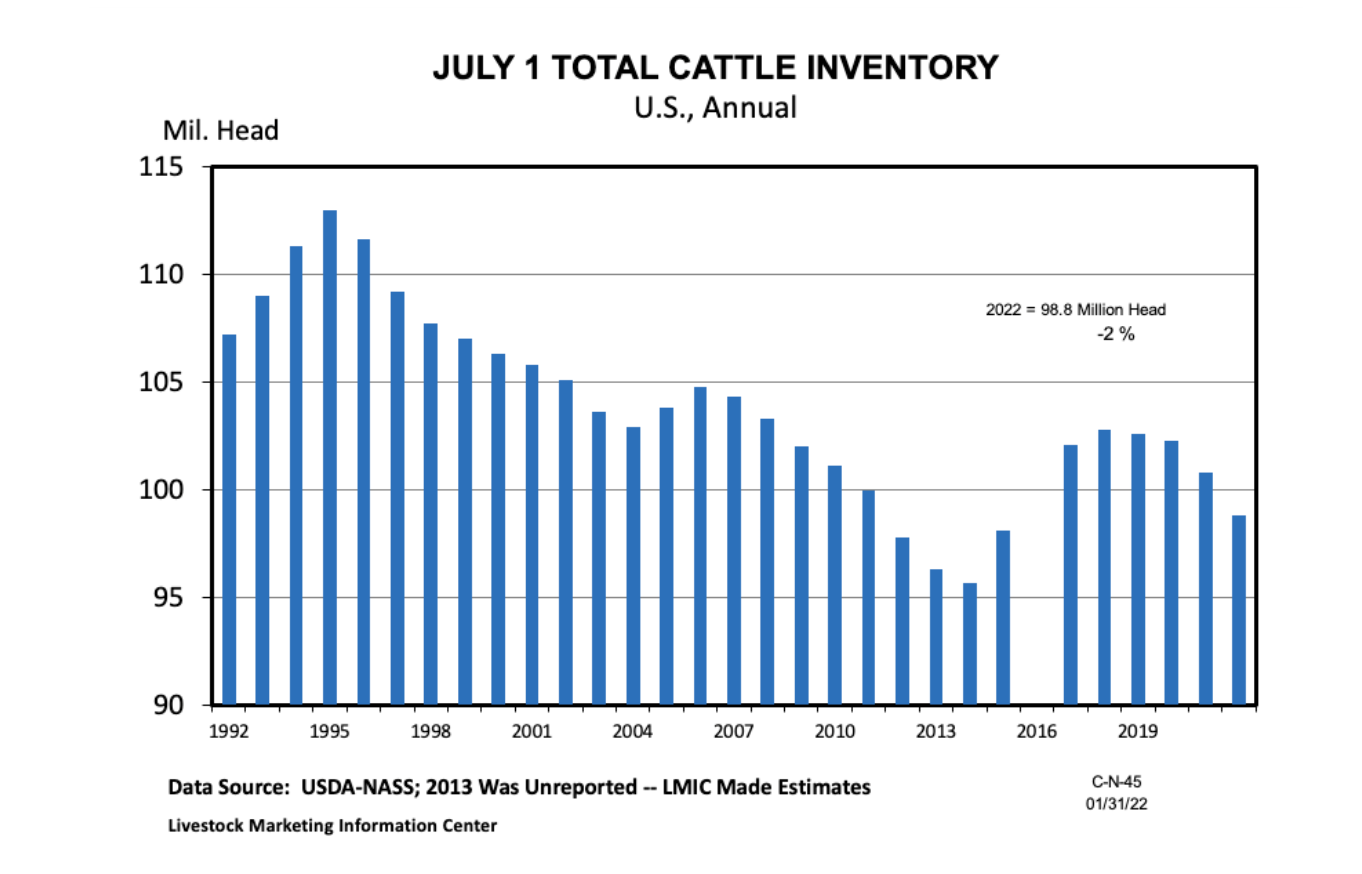 HEAT WAVES — The United States’ cattle inventory has shrunk to its lowest numbers since 2015 thanks to the drought sprawling across the western half of the country.

James Mitchell, extension livestock economist with the University of Arkansas System Division of Agriculture, said total cattle inventories stood at 98.8 million, “falling below 100 million for the first time since 2015.”

Mitchell said the numbers, which came out the U.S. Department of Agriculture’s June 22 Cattle Inventory Report, were somewhat better than expectations.

“Drought has been the main factor contributing to the decline in the number of beef cows and replacement heifers,” Mitchell said. “Total beef cow slaughter through June is 14.6 percent higher year over year.”

“The report confirms another year of beef cow herd liquidation with little evidence of anyone looking to expand,” he said.

“Regionally, drought pressure this month has been a big concern in the Southeast,” Mitchell said. “The effects of drought are shown in the auction data. For example, auction receipts for Arkansas show a 20 percent increase in slaughter cattle sales.”

The full report is available on the USDA-NASS website.