Henry: Next 30 days critical for irrigators, crops and equipment

"There are things that farmers can do to mitigate both the human and plant stress being experienced.”

STUTTGART, Ark. — If there’s one message Chris Henry has for Arkansas row crop farmers during the drought, it’s “don’t get in a hurry.”

Henry, professor and water management engineer for the University of Arkansas System Division of Agriculture, has posted a handout with a variety of tactics aimed at helping farmers get the most crop they can with what irrigation is available. Additional information can be found in a fact sheet series on Arkansas crop irrigation. 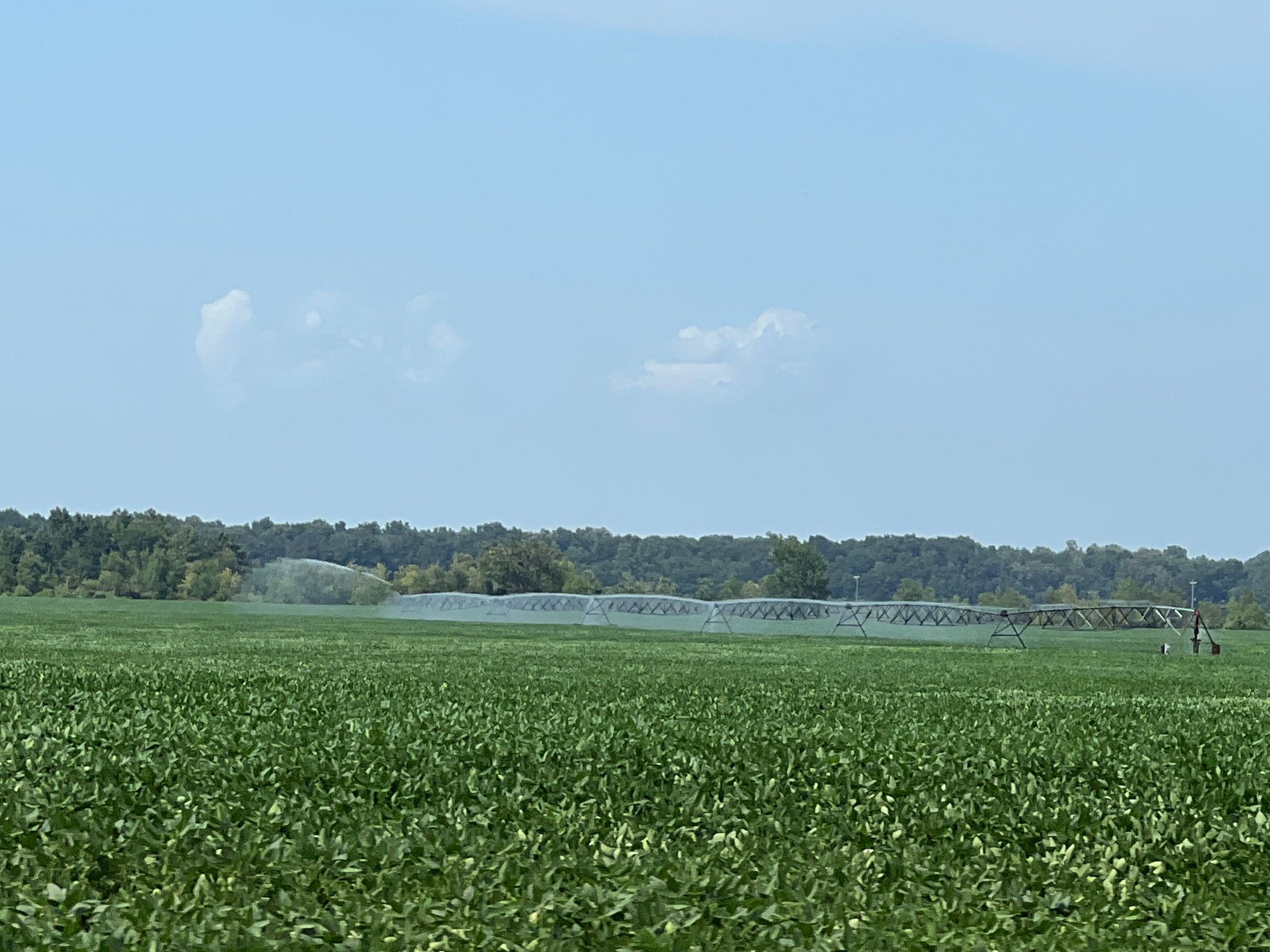 MAKING IT RAIN — Irrigation pivot running in Marvell, Arkansas, on July 17, 2022, as drought deepened in Arkansas.  (U of A System Division of Agriculture photo by Mary Hightower)

“The next 30 days will be critical for many irrigators, as fatigues sets in, and many crops are still at or entering high water demand,” Henry said. “However, there are things that farmers can do to mitigate both the human and plant stress being experienced.”

Arkansas has experienced a broken string of days with highs in the triple digits, with rain in short supply. The U.S. Drought monitor map of July 19 showed all of Arkansas experiencing some form of drought. The Climate Prediction Center’s extended outlook issued July 21 showed most of Arkansas with temperatures well above normal. However, the CPC’s precipitation outlook was more promising, with the northern two-thirds of the state possibly seeing above-average amounts.

Even with one or two sets of sensors — for less than $500 — estimating the number of irrigations left can be done for the entire enterprise. “In a drought year like 2022, sensors can save both water and profitability,” Henry said.

“For diesel power units, oil changes and greasing propeller shafts may seem obvious, but changing the oil in the gear head is often overlooked,” Henry said. He also urged farmers with electric motors to be sure to use both the correct lubrication and amount. “If the oil in the sight window is black or white, there is a high risk of bearing failure.”

The fact sheet provides additional guidance, tables and example calculations, on how to estimate crop demand and the amount and number of irrigations needed for reservoirs and wells as supplies draw down.

“Heat stress and heat exhaustion awareness are real threats to safely sustaining irrigation, keep ample water to employees and yourself and don’t get in a hurry, it may take more time to do things safely,” Henry said.