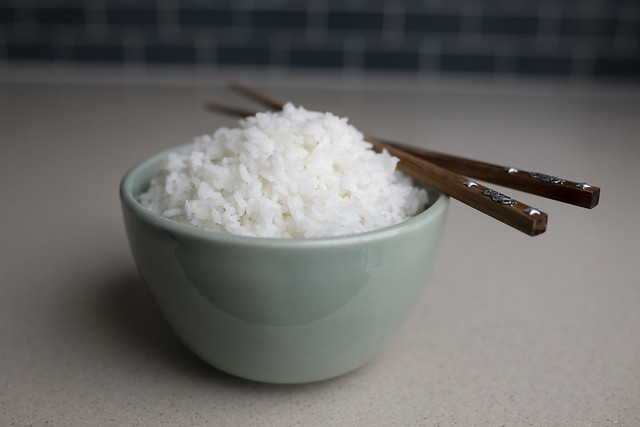 AROMATIC RICE — ARoma 22 is the third and latest jasmine-type aromatic rice developed by the Arkansas Rice Breeding Program. (U of A System Division of Ag photo)

According to the U.S. Department of Agriculture’s Economic Research Service, a sharp increase in imported rice over the past few years from Asia has been driven by jasmine-type rice from Thailand.

“Considering the high competition from Asian and South American suppliers and the stagnant export prospects for U.S. long-grain rice, aromatic rice represents an opportunity for U.S. farmers to expand production and lower the dependency on aromatic rice imports,” said Alvaro Durand-Morat, assistant professor of agricultural economics and agribusiness for the experiment station, the research arm of the University of Arkansas System Division of Agriculture.

The experiment station’s Rice Breeding Program added the aromatic breeding program in 2010 to fill a growing niche market. The Division of Agriculture’s Foundation Seed Program has seen aromatic rice orders double over the past few years. In 2020, the program sold 1,249 bags of seed. For the 2023 growing season, growers have pre-ordered 2,565 bags. A bag contains 50 pounds of rice seed.

ARoma 22 was developed by emeritus professor Karen Moldenhauer and Debra Ahrent Wisdom of the Arkansas Rice Breeding Program based at the Division’s Rice Research and Extension Center in Stuttgart.

“The goal is to meet the consumer and grower demands of developing high-quality, high-yielding aromatic rice lines,” Wisdom said. “The growers who have produced aromatic rice would like to have more seed to grow as they are finding more markets available.”

Wisdom has been an assistant breeder specializing in jasmine-type aromatic rice since 2010. She is also the accounts manager for the Foundation Seed Program, which sells the rice and soybean seed developed and released by the Division of Agriculture.

Wisdom noted that the consumers who have tried ARoma 22 are “very happy with the flavor and quality of the rice.”

After consulting with the Arkansas Rice Research and Promotion Board, the variety was submitted for restricted public release, where purchasers of foundation seed sign a non-exclusive, non-royalty bearing license agreement before purchasing seed. 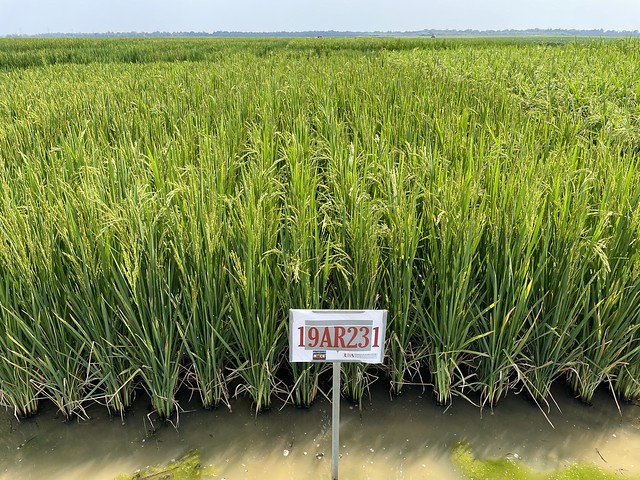 THE RICE IS RIGHT — ARoma 22, the jasmine-type rice known in performance trials as 19AR231, has been adapted to grow in Arkansas' environment. (U of A System Division of Ag photo)

Arkansas continues to be ranked first in the nation in rice production. More than 1.4 million acres are harvested annually in over 40 counties, according to the 2021 Arkansas Agriculture Profile (https://bit.ly/2021ArkAgProfile). Commodity production and value in 2020 for Arkansas rice was nearly $1.3 billion.

A total of 16 rice varieties have been developed by the Rice Breeding Team and released to Arkansas rice growers during the past 10 years. Three of those have been aromatic lines to meet a growing niche market, Wisdom said.