As winter frosts arrive, pasture managers should monitor for toxicity

LITTLE ROCK — As the days grow shorter and overnight low temperatures begin dwelling beneath the freezing point, frost across the state is becoming a reality for Arkansas residents. 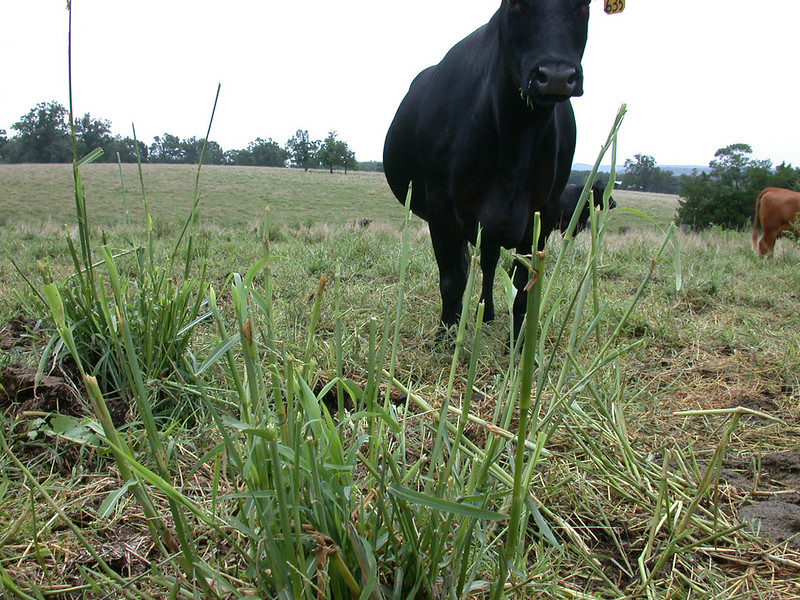 For ranchers and pasture managers, this can mean more than a chilly inconvenience. John Jennings, extension forage specialist for the University of Arkansas System Division of Agriculture, said the frost will increase the toxicity risk to grazing animals in pastures containing johnsongrass.

“When johnsongrass becomes stressed, it can produce prussic acid also known as hydrocyanic acid, which is very toxic to livestock,” Jennings said. “Prussic acid toxicity can kill cattle quickly, often before a producer has a chance to observe that the animal is under stress.”

Johnsongrass, sorghum (also known as sudangrass), greengraze, grain sorghum and forage sorghum are all forages prone to developing prussic acid and which can become toxic with freeze damage.

“These forages should not be grazed following a hard frost until the plants become completely dried out and ‘paper brown’ in color,” Jennings said.

To stay on the safe side, he said, producers should avoid allowing livestock to graze at night, when frost is likely. Likewise, avoid turning hungry cattle directly out onto a johnsongrass pasture.

“Make sure they have grazed other forages first, or fill them up on hay,” Jennings said.

Prussic acid dissipates as the plants dry out, Jennings said, so producers need not panic once cold temperatures and frost set in.

“Properly dried johnsongrass hay does not contain prussic acid and is safe to feed,” he said. “Silage may contain toxic quantities of prussic acid, but it usually escapes in gaseous form while being moved and fed.”

If frosted forage happens to be put into a silo or other storage unit, producers should allow fermentation to take place for at least six weeks before feeding, Jennings said.