Gov. Asa Hutchinson’s proclamation of June as blackberry month acknowledges the berry’s economic impact and the health benefits they provide. June marks the start of blackberry season in Arkansas and local berries can be found at farmers markets and U-Picks across the state.

LITTLE ROCK — Arkansas’ governor has given the humble blackberry its own month.

Gov. Asa Hutchinson’s proclamation of June as blackberry month acknowledges the berry’s economic impact and the health benefits they provide. June marks the start of blackberry season in Arkansas and local berries can be found at farmers markets and U-Picks across the state. 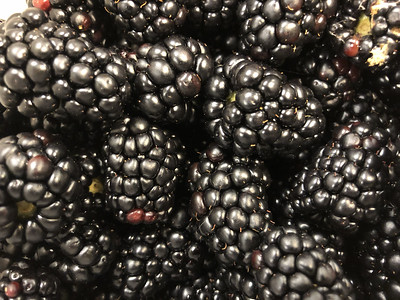 Blackberries get their month, thanks to a gubernatorial proclamation.

Consumer demand for fresh berries has increased over the last decade and blackberries have been part of that climb. According to the Produce Market Guide, blackberry sales increased 5 percent in 2019 with more than $541 million in sales.

“The recognition by Gov. Hutchinson of the importance that blackberry growers in Arkansas play to supplying locally produced and healthy fruits to all corners of the state of Arkansas is well-deserved and appreciated by the industry,” said Amanda McWhirt, extension specialist-horticulture crops for the Division of Agriculture.

The proclamation was to be marked June 9 at the annual blackberry tour at the Division of Agriculture’s Fruit Research Station in Clarksville, the birthplace of many blackberry varieties.

“What many people in the state may not realize is the importance that the blackberry breeding program here in Arkansas, led by Dr. John Clark, has had on the development of blackberry varieties that have superior quality and taste,” she said.

Clark’s world-renowned breeding program is part of work done by the Arkansas Agricultural Experiment Station, the research arm of the University of Arkansas System Division of Agriculture. Clark holds dozens of patents in fruit breeding, not only for berries, but also for peaches and blueberries.

His blackberry varieties are grown on every continent except Antarctica and are valued for their flavor, superior shipping quality and in many cases, thornlessness. One of the biggest developments out of the Division of Agriculture breeding program is the development of primocane-fruiting varieties. Normally, blackberries flower and fruit on second-year canes, called floricanes, but these flower and fruit also on first year primocanes, usually a couple months later than the floricanes.

“The proclamation recognizes these varieties are planted globally and have led to an expansion of the worldwide blackberry industry over the last 20 years,” McWhirt said. “These cultivars are also planted all across Arkansas and June is the perfect time to visit local markets and farms to get a taste of the high-quality blackberries that were developed and grown right here in Arkansas.”

Arkansas Agriculture Secretary Wes Ward said “We are incredibly proud of our state’s accomplishments in leading the blackberry industry. Consistent research and development have not only led to a 25 percent increase of acres planted in Arkansas in the last three years but has also paved the way to global production and enjoyment of the fruit.”

The Experience Arkansas Agriculture site has a list of farmers markets: visit https://www.uaex.uada.edu/farm-ranch/economics-marketing/experience-arkansas-agriculture/.