Soybean researcher hunts genetics of drought tolerance from the air 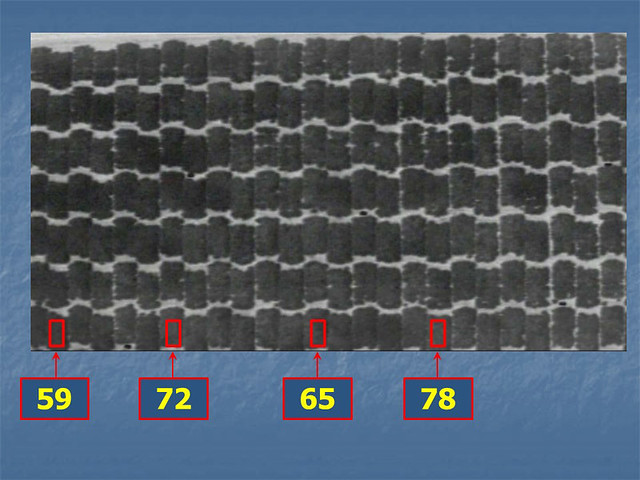 Persevering in that search, Purcell has identified regions on soybean chromosomes associated with drought tolerance, providing soybean breeders with a valuable tool for developing improved crops that can thrive when water gets scarce.

Soybeans are Arkansas’ leading row crop, bringing in $1.36 billion in cash farm receipts in 2018, according to the 2020 Arkansas Agricultural Profile. The Pocket Facts edition is available online: https://bit.ly/AAES-AgProfile2020.

Advances in land management and irrigation technology allowed soybean breeders to focus on improving yields, disease resistance and food quality, Purcell said. But changing climate has increased stresses on water quality and quantity, and that has elevated the importance of developing soybean varieties with drought tolerance.

“Drought is the number one environmental factor that limits yield in soybeans,” Purcell said.

Genetics for drought tolerance tend to reside mostly in very old varieties, known as landraces, that were grown in east Asia locales hundreds or thousands of years ago, Purcell said. These landraces are maintained in the USDA Soybean Germplasm Collection, and while some of these ancient varieties have drought tolerance, they also have low yields.

“We contend that there are favorable genes for drought tolerance,” Purcell said. But in the past, not much effort was expended trying to locate them.

Purcell set out to identify landraces with the genetic traits that contribute to drought tolerance. That meant screening hundreds of these ancient varieties, some of which might have potential to be crossed with high yielding breeding lines that would combine those desirable traits.

Finding a way to accomplish such a monumental task led Purcell down two research paths whose intersection would provide the tool he needed.

The first, late wilting, means the plants’ leaves endure more prolonged drought conditions before the leaves begin to curl up for lack of moisture. Purcell hypothesized that late wilting indicated more efficient use of water than the average soybean plant. Years of research data backed him up.

The second characteristic, nitrogen fixation, is a feature of legumes, including soybean plants. They have a symbiotic relationship with certain microbes in the soil that convert nitrogen gas into a form of nitrogen that the plants can use for nutrients. Nitrogen fixation is essentially a process by which soybean plants, assisted by symbiotic soil microbes, make their own nitrogen fertilizer.

Purcell said that all plants need water for growth through photosynthesis, but that evolution has led to different strategies for how efficiently plants use water.

During the day, as photosynthesis takes place, transpiration moves water through the plant and out through tiny openings called stomates in the leaves. Evaporation drives the process and cools the canopy leaves. In general, plant water-use is least efficient during the hottest part of the day when evaporative demand is highest.

But plants with higher water-use efficiency partially close their stomates during the heat of the day, retaining a water reserve in the soil. Under drought conditions, these plants have access to water that less efficient plants do not. They can maintain transpiration and remain cooler.

Because these conditions can hamper the research, Purcell needed to measure canopy temperatures of hundreds or thousands of plants very quickly, before the vagaries of weather changed the results.

Purcell first used an off-the-shelf DJI Phantom 4 drone with color cameras to measure plants’ nitrogen content based on green shades in their canopies. (See related story: https://bit.ly/AAES-soybeanDGCI.) To measure canopy temperatures, he adopted infrared imaging to see if they could collect usable data.

It turns out they could. And as compact infrared cameras improved, so did Purcell’s results. With a high-quality infrared camera mounted to an off-the-shelf consumer drone, he can measure differences in canopy temperature down to one-tenth of a degree Fahrenheit.

Because soil temperatures on a sunny day can climb more than 20 degrees higher than the air temperature, Purcell waited until the soybean canopies were fully closed before he began scanning the plants from the air. “Soil temperature can mask canopy temperature,” he said.

Once the canopies were closed, Purcell and graduate student Sumandeep Bazzer measured canopy temperatures of 168 breeding lines developed from crosses between parents that differed in their sensitivity of nitrogen fixation to drought. Purcell and Bazzer conducted their experiments at two Agricultural Experiment Station locations — Pine Tree Research Station, between Wynne and Forrest City, and Rohwer Research Station, southeast of Dumas. They collected data from those plots over three years.

“It takes about five minutes to scan about 350 plots from the air,” Purcell said. “But analysis of images is time-consuming.”

With multiple replications of each of the 168 breeding lines planted in duplicated test plots in two research locations and capturing five to 10 infrared images of each plot, Purcell and Bazzer had thousands of images to evaluate.

Software (https://bit.ly/turfanalyzer) developed by Purcell’s son, Carlin, overlays grids on the images to identify the test plots. The software extracted temperature data from all the pixels in each grid and identified the breeding lines with cooler canopies.

The research was supported by the United Soybean Board and Arkansas soybean producers with funding administered through the Arkansas Soybean Promotion Board. Scientific Reports, a Nature publication, recently published results of the study: https://bit.ly/aaes-CanopyIR

After identifying the most drought-tolerant breeding lines, Purcell wanted to identify genetic markers for the traits that contribute to a cooler canopy.

The difficulty with traits like canopy temperature is that they are determined by the action of many genes scattered across different chromosomes. Identifying these chromosome locations, referred to as loci, associated with cooler canopy temperatures during drought is particularly difficult, Purcell said. “There’s not a single gene that controls drought tolerance,” he said.

“We used different methods to identify and confirm some genes that have been identified in earlier research, and also some novel genes that were not caught before,” Purcell said.

It was a lengthy process that took years, but Purcell said his team had identified 34 markers in previous research that are associated with cooler leaf canopies under drought conditions. Working with Bazzer, Purcell identified 11 more loci for canopy temperature. Of these 11 loci, nine were associated with loci for delayed canopy wilting; this indicates that loci that contribute to delaying wilting also contribute to a cool canopy.

The end game of all this work is to give soybean breeders a set of tools that they can use to move drought-tolerance traits into improved varieties that also offer high yields, disease resistance and other desirable traits.

To simplify the breeders’ process, Purcell works with a team of geneticists and breeders to combine many of the desired gene loci for a specific trait, like efficient water use, into a single breeding line in a process called pyramiding. They are now stacking cooler canopy temperature and other drought-tolerance traits into a single breeding line.

“My goal is to have one elite breeding line that would recover as many of the favorable markers as we can,” Purcell said. “If successful, the final cross will capture 50 percent or more of those favored loci.”

Purcell is closing in on a long-term goal that began in September 1993. “I’ve been involved in this project since coming here,” he said. “That’s 27 years, so far.”

It will conclude, Purcell said, when he has all the pieces in place to provide public and private soybean breeders throughout Arkansas and the South with all the tools needed to add drought tolerance to the agronomic traits they are chasing for improved varieties.