By Ryan McGeeney
U of A System Division of Agriculture
Sept. 4, 2019

FAYETTEVILLE, Ark. – The intermittent rains that have saturated Arkansas for most of the past year have taken their toll on forage quality, confirming the suspicions of producers and forage quality researchers alike. 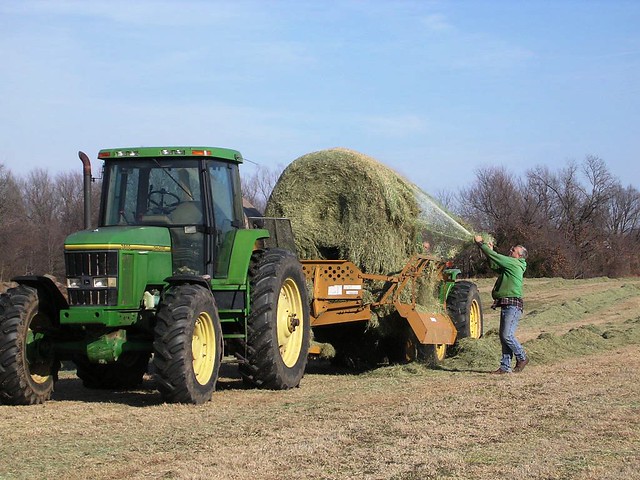 Shane Gadberry, professor of ruminant nutrition for the University of Arkansas System Division of Agriculture, said the rains affected every aspect of raising forage, from planting and fertilization to pest management.

“Putting up good quality hay was challenging for Arkansas ranchers in 2019,” Gadberry said. “Rain and water-logged soils kept ranchers from getting fertilizer out, weeds sprayed, and hay harvested in a timely manner. We’re starting to see the consequences in the lab.”

“It’s uncommon to see this many hay samples not meeting the nutrient requirements of non-lactating cows,” Gadberry said.

In the short term, the extra body fat many cows are carrying from this summer’s abundant pasture growth will help them endure the winter. But if they lose too much body conditioning before calving, or are in a negative energy balance during breeding, next year’s calf crop will suffer, Gadberry said.

“The current excess supply of pasture forage is going to start dropping in quality as we move into fall,” he said. “Ranchers should visit with their county Extension agents about testing pasture forages for protein and TDN, like they would hay. If pastures test below 8 percent protein, supplemental protein may help the cows better digest those carryover grasses.”

Supplemental feed costs are likely going to be higher this winter, Gadberry said.

“The best approach to choosing the right type and amount of supplement is testing on-farm hay stocks,” he said. “Hay quality is too variable, from farm to farm and cutting to cutting, to make assumptions about supplemental feeding. A routine hay analysis will cost $18 a sample.”