Division of Agriculture to collect data for anaplasmosis study

By Ryan McGeeney
U of A System Division of Agriculture
Oct. 4, 2019

LITTLE ROCK — Researchers with the University of Arkansas System Division of Agriculture hope to collect data from cattle producers across the state in an effort to determine the prevalence of anaplasmosis, an oft-deadly tick-borne pathogen. 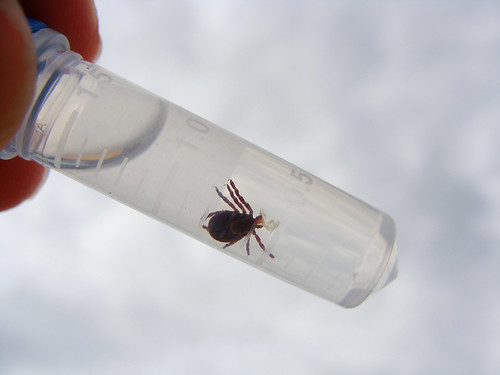 Heidi Ward, an assistant professor and veterinarian for the Division of Agriculture, said Cooperative Extension agents across Arkansas will attempt to collect 600 blood samples from Arkansas cattle for the Anaplasmosis Surveillance Project. The agents will try to recruit 10 producers in each of six geographical regions in the state.

Ward said the effort stems from a study that began with researchers at Kansas State University, and will add to the body of academic knowledge regarding the prevalence and severity of the pathogen in cattle throughout the Midwest and South.

Anaplasmosis turns an animal’s immune system against itself, destroying both healthy and infected red blood cells, Ward said, which can in turn starve the animal of oxygen. While it is believed to be primarily spread through biting insects, it can also be spread through the reuse of needles between animals, such as when producers are vaccinating their herds.

“The Beef Quality Assurance program recommends that producers use a single needle for no more than 10 animals,” Ward said. “Ideally, there would be no reuse at all.”

The disease can actually reside in an animal for long periods of time without causing illness, Ward said, but external stressors, such as high heat or drought conditions, can cause the pathogen to begin dividing and replicating much more quickly.

Anaplasmosis can effectively be managed in cattle through the administration of antibiotics in feed, Ward said. However, the U.S. Food and Drug Administration’s concern with the potential overuse of antibiotics in animal agriculture may put both growers and veterinarians in a difficult position.

“The FDA Center for Veterinary Medicine is scrutinizing the way animal antibiotics are used in animal agriculture,” Ward said. “They’re wanting to do away with the unnecessary use of antibiotics. There’s been a lot of debate going on, regarding the duration of use, and whether we should use it in feed at all.

“The question the last couple of years has been, ‘is anaplasmosis really that prevalent?’” she said. “That’s what we’re trying to contribute to the scientific effort: data that will help arrive at that answer.”

While an anaplasmosis vaccine was developed in the 1980s at Louisiana State University, its implementation has proved problematic. While the vaccine was shown to be effective against some variants of the anaplasma marginale bacteria, it is unclear if it is effective for others.  Studies of the current vaccine’s efficacy toward new variants are ongoing, and not yet published yet.

The patent for the vaccine has also been resold several times, and the current patentholder has discontinued its production. Under FDA rules, veterinarians can obtain the vaccine for “experimental” use only. It is also prohibitively expensive for most producers, Ward said, costing about $28 a head to administer the two-shot vaccine.

Ward said outreach efforts will begin as early as Oct. 7.