By Tracy Courage
U of A System Division of Agriculture
Nov. 27, 2019

LITTLE ROCK – Azaleas, crape myrtles, Japanese maples and other thin-barked woody plants may be in for a rough year in 2020. 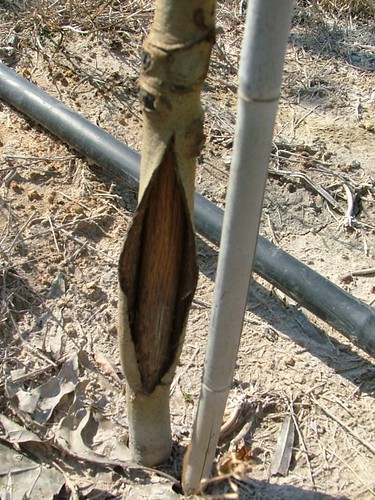 Horticulture experts with the University of Arkansas System Division of Agriculture Cooperative Extension Service predict that the recent mid-November freeze will take a toll next year on thin-barked woody plants, whose stems had not fully hardened.

“We won’t know the extent of damage until the spring,” said Jim Robbins, an extension horticulture expert for the Division of Agriculture specializing in ornamentals. “We predict next spring we will see a ton of severe bark death.”

Temperatures in much of Arkansas plummeted by 20 to 30 degrees in a matter of hours on Nov. 11. In some areas of the states, temperatures dropped below 20 degrees Fahrenheit.

“Northern Arkansas had already had a frost, so they were further along in the dormancy season than central and southern Arkansas,” Robbins said.

Damage will likely be more prevalent in central and southern Arkansas where woody plants were still actively growing when the Nov. 11 freeze hit. Because the plants had not gone dormant, their vascular systems were still loaded with water at the time.

“We predict with high certainty that in early May, we're going to see a lot of woody plants that have a thin bark that are either going to struggle to leaf out and collapse, or we’ll see the bark splitting,” he said. “We can trace it back to this unprecedented period we just went through.”