By Ryan McGeeney
U of A System Division of Agriculture
May 24, 2019

LITTLE ROCK – Arkansas farmers squeezed by weather-delayed planting, trade disputes and depressed commodity prices are awaiting details on how the U.S. Agriculture Department will deploy up to $16 billion in aid to growers. 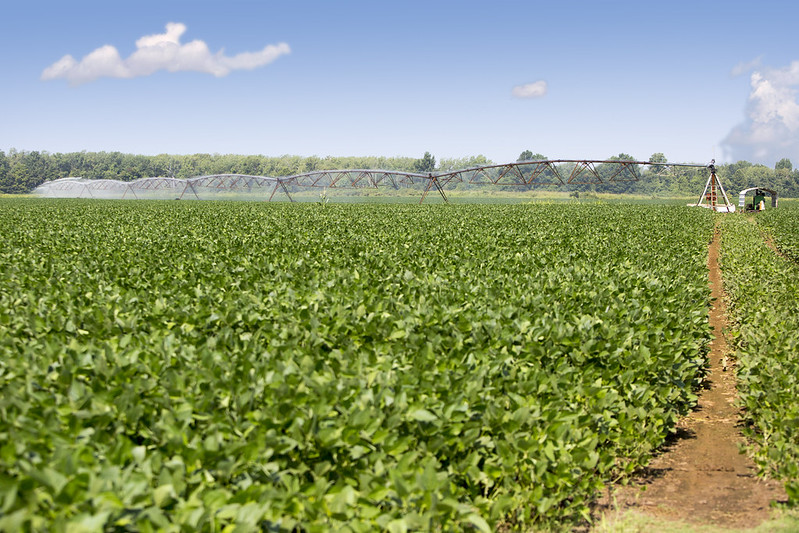 On Thursday, the U.S. Department of Agriculture announced it was authorized “to assist farmers in response to trade damage from unjustified retaliation and trade disruption.” (See: http://bit.ly/2M7xeif)

Earlier in the week, the Agricultural Council of Arkansas sent letters to the state’s congressional delegation asking for its help “to provide meaningful assistance to prevent farm losses in Arkansas.”

“At this moment, we are still awaiting the details of USDA's formula and the factors within that formula to account for the level of support that will reach Arkansas farmers,” Andrew Grobmyer, the council’s executive vice president, said Thursday. “We are pleased that support is on the way in rapid fashion, but that support may prove insufficient in meeting the economic injury facing farmers at this juncture.

“Hopefully a trade deal is on the horizon and our markets can soon stabilize and place us in a posture of growing agricultural exports,” he said Thursday.

The aid comes at a time when every major commodity in Arkansas is in a condition of delayed planting to some extent. As corn moved past the “final planting date” established by the U.S. Department of Agriculture’s Risk Management Agency, growers ended last week with about 89 percent of planned acreage planted, according to the USDA’s National Agricultural Statistics Service. About 67 percent of the state’s rice was planted, well behind the five-year average of 94 percent for this point in the season.

The same wet weather that has slowed everything from harvest to planting since last September is posing the same challenge to soybean growers, who managed to get 31 percent of their planned 3.1 million acres of the crop planted as of last week.

“We’re well behind the five-year average of 65 percent,” said Jeremy Ross, extension soybean agronomist for the University of Arkansas System Division of Agriculture. “Rains over the weekend, Tuesday night and Wednesday morning have halted any field work for the week.”

Ross said that, even at this late date, many growers still have much field preparation left to do, from repairing ruts to applications of fertilizer and herbicide, before they can even consider seeding.

“Growers are still contemplating what they’re wanting to do,” he said, noting the marked drop in soybean futures prices over the summer, From the $10 per bushel range to $8 per bushel.

In late 2018, the federal government subsidized soybeans to the tune of $1.65 per bushel in an emergency aid package meant to offset the effects of the ongoing trade dispute with China, which has historically purchased the lion’s share of soybeans produced in the United States. With the aid packaged announced Thursday, growers may again receive a lifeline to keep their farms in the black.

The prime soybean growing season in Arkansas stretches from about April 21 through the first week of June. Ross said that if the state experiences a window of dry weather, growers will likely be able to get their remaining seed in the ground “in a pretty rapid fashion.”

“There’s still some rice and corn being planted, so you’ll see acreage fluctuate to some degree, but I still think we’ll end up with more than 3 million acres of soybeans,” Ross said.