By Ryan McGeeney
U of A System Division of Agriculture
May 10, 2019

JONESBORO, Ark. – To whatever degree any year in the last decade can be said to have been a “normal year” in Arkansas agriculture, one thing is certain: 2019 isn’t one of them. 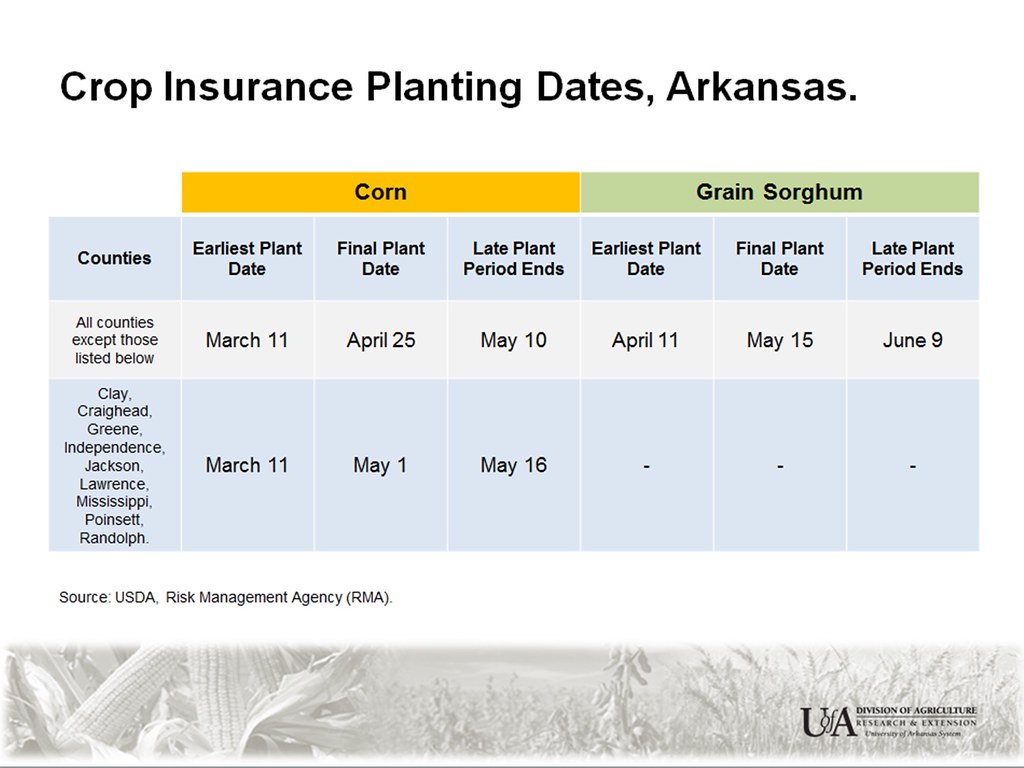 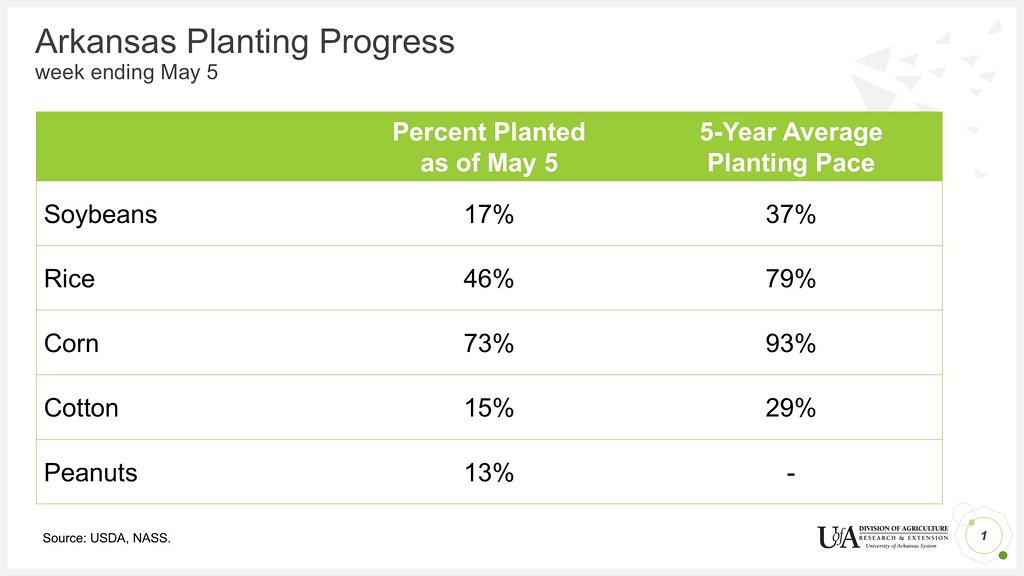 Heavy springtime rains are nothing new, and neither are depressed commodity prices or prevented planting. But the current confluence of flooding, trade disputes and other factors are forcing many Arkansas growers, particularly those heavily invested in corn, to make hard choices.

April 25 was considered the “final planting date” for corn for all but nine counties in Arkansas. For those remaining counties — Clay, Craighead, Greene, Independence, Jackson, Lawrence, Mississippi, Poinsett and Randolph — that date was May 1.

Dates for periods such as early planting, late planting and final planting are established by the U.S. Department of Agriculture’s Risk Management Agency, and are based on data from agronomists at the University of Arkansas System Division of Agriculture and other institutions.

Under the various crop insurance plans available to growers in Arkansas and elsewhere, farms then enter a 15-day “late planting period,” during which time insurance coverage that is designed to help growers recoup a portion of their input costs, such as seed, herbicide, fertilizer and fuel, drops by 1 percent a day.

For growers in most counties in the state, that period ends on May 10. For the nine outlier counties, it ends May 16.

A May 6 report from the USDA shows that only about 73 percent of the state’s 830,000 planned acres of corn had been planted as of last week. In the ensuing week, intermittent rains and flooding have likely prevented much progress beyond those numbers, likely leaving about a quarter of that acreage — more than 200,000 acres — unplanted.

Scott Stiles, extension economist for the Division of Agriculture, said that most growers, in a typical year, would simply shift that acreage to cotton or, more commonly, soybeans.

“But that’s not necessarily a good alternative right now,” Stiles said. “If you’d gotten to this point, and soybeans were $10 a bushel, you’d just plant soybeans. But soybean prices are so depressed that they’re not presenting a viable alternative for corn growers.”

Stiles said that current soybean futures continued to trade lower this week, and the November contract settled at just above $8.34 a bushel on Thursday. Cash prices, for soybeans delivered directly to elevators without a pre-existing contract, are even lower, dipping below $8 a bushel, depending on a given elevator’s basis — the difference between the local cash price and the futures price.

Stiles said growers are continuing to plant into the late planting period, although they do so facing the likelihood of substantially reduced yield. Research from the Division of Agriculture and other institutions show a precipitous drop in yields from corn planted after May 1, dropping about 1.3 bu/ac. a day through May, and dropping about 2.1 bu/ac. a day after June 1.

The third option available to growers is to take a full prevented planting payment.

“But to do that, insureds have to leave that farm idle for the rest of the year,” Stiles said. “Nothing else can be planted on that farm.”

Full prevented planted payments are typically 55 percent of a grower’s original insurance coverage, based on his or her historical yields for a given crop and other factors, Stiles said.

“If you took the average yield for the state, and the amount of insurance growers typically take out, it’s going to be close to $280 an acre,” he said.

Stiles said that planting is lagging behind historical norms for all crops this year, but corn is reaching the end of its late planting period.

“With rice, cotton and soybeans, there’s still time before we reach the crop insurance final planting dates,” he said. “But certainly, the calendar and the weather forecast is working against corn growers.”