FAYETTEVILLE, Ark. – Every time warm moist air from the Gulf of Mexico meets a cold front over Arkansas, hay producers brace themselves for another delay in hay cutting. 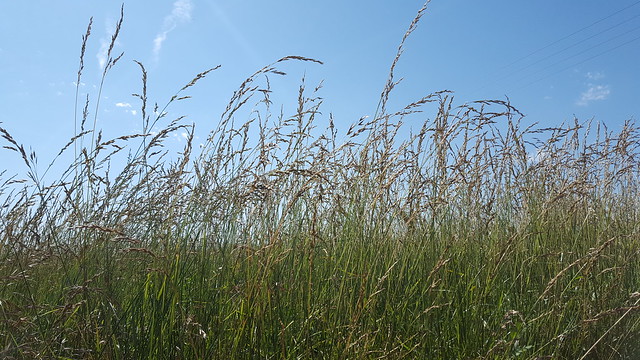 “Storm season in Arkansas means that hay probably will never be cut at the right time,” said Dirk Philipp, associate professor-animal science, for the University of Arkansas System Division of Agriculture. “Don’t despair if you didn’t have chance to get all your fescue hay in.”

Tall fescue hay should be cut at boot/early bloom, he said, but this window can be hard to hit with the frequency of wet weather. Toxic fescue – the old Kentucky 31 – hay should be cut before seed head development to avoid the alkaloids that concentrate in the seeds. These alkaloids can affect livestock health.

“However, even if hay has been cut well into seed heading, toxicity will decline over time, anywhere between 25-75 percent over the course of storage, so most of the hay will probably be safe to feed after months of storage,” Philipp said.

With novel endophyte tall fescue, toxic alkaloids aren’t a problem, but the same basic rules for haying apply, he said:

It’s no secret that most farmers would like to produce more hay than they need.

“And there’s nothing wrong with that,” Philipp said. “Producers need to understand that when going for quantity, the hay nutritive value may or may not be right on target.”

He urges growers to calculate the number of bales needed up front to be efficient with expenses.

“To get your herd through the winter with minimal loss of weight and condition score, analyze your hay before feeding regarding nutrient content and TDN, or total digestible nutrients,” Philipp said.

Ranches should supplement if needed, but “you will probably need fewer supplements or grain than you think,” he said. “Much of the hay farmers put up will be sufficient for non-lactating cows.”