AUSTIN, Texas – Michael Looper, head of the animal science department for the University of Arkansas System Division of Agriculture, received the 2019 American Society of Animal Science Fellow Award for Administration during the July 8 opening ceremony at the 2019 ASAS-CSAS annual meeting in Austin, Texas. 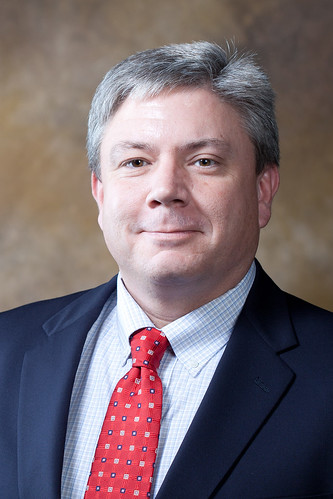 "I have been involved with ASAS for almost three decades, and the society has provided me an avenue for excellent science and leadership opportunities," said Looper. "Receiving the ASAS Fellow is confirmation from peers that I have added value, in a small way, to the livestock industry and ASAS.  I'm also pleased this award brings recognition to our Department of Animal Science."

Looper has served as the head of the department of animal science for the Division of Agriculture and the University of Arkansas’ Dale Bumpers College of Agricultural, Food and Life Sciences since September 2011. During his tenure, the department has seen improvements in faculty additions and a revamping of the overall student experience to include increased enrollment and growth among the graduate program and doctoral candidates.

He also worked to expand research efforts and provide renovations for the laboratory spaces.

Looper received his B.S. and M.S. from the University of Arkansas before completing his Ph.D. at Oklahoma State University.

The ASAS annual meeting is held in rotating locations every July and provides a multitude of trade shows, presentations and events. The Fellow Award for Administration recognizes a member of ASAS for their continuous membership for a minimum of 25 years, along with their distinguished service to the animal industry and American Society of Animal Science. The award is sponsored by the American Society of Animal Science.