HOPE, Ark. – Researchers with the University of Arkansas System Division of Agriculture are conducting a series of experimental trials that may help the state’s watermelon growers improve their yields while improving the soil and reducing pest pressure. 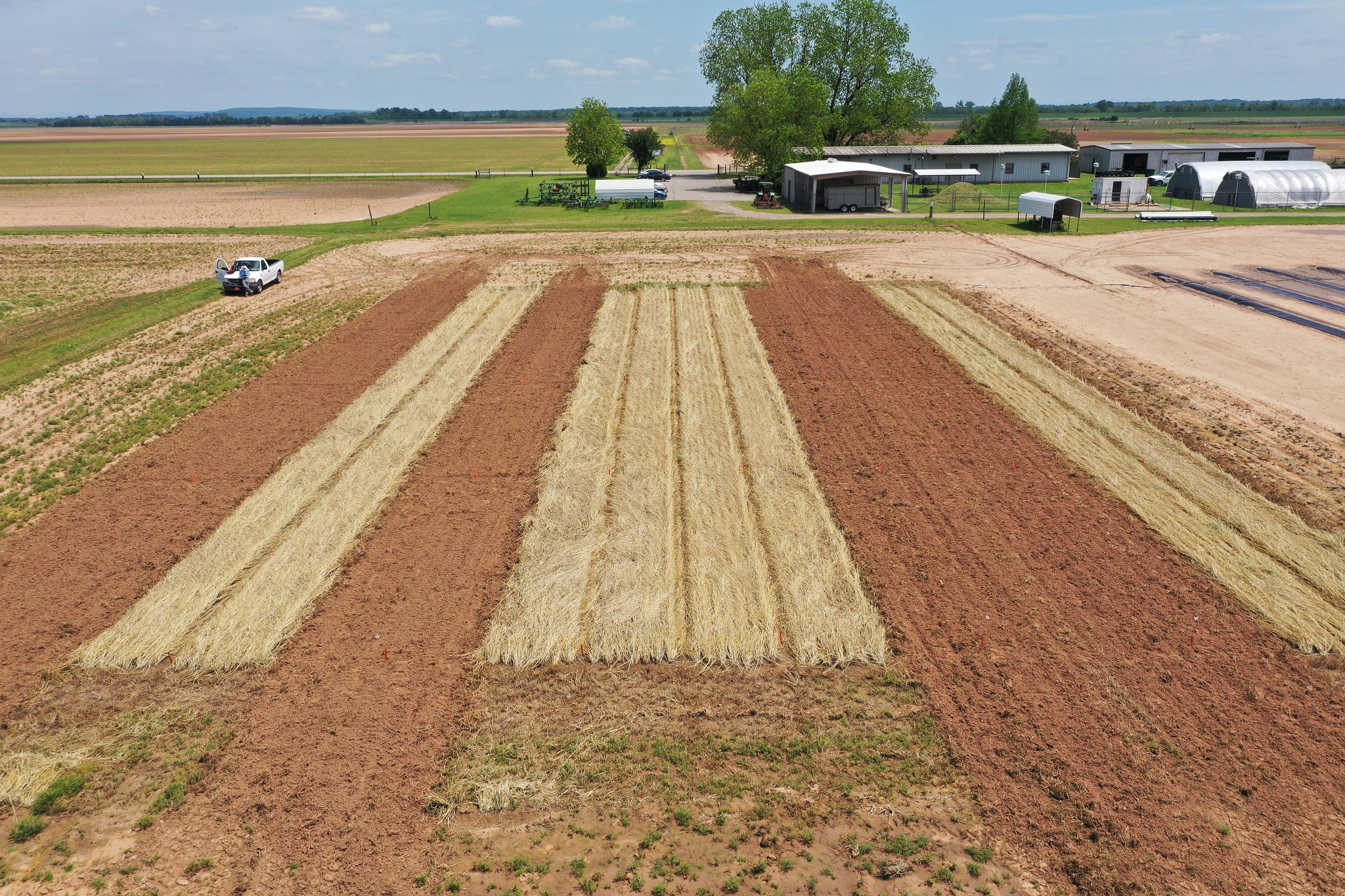 Amanda McWhirt, extension fruit and horticulture specialist for the Division of Agriculture, said two major research trials, being held at both the Southwest Research and Extension Center in Hope, and the Vegetable Research Station in Kibler, Arkansas, are examining the potential benefits of cover crops in watermelon production. A third trial, led by Matthew Bertucci, a research scientist for the Division of Agriculture’s Arkansas Agricultural Experiment Station, will compare the yields of several seedless watermelon varieties under various growing conditions.

The two cover crop trials will look at how the use of combining legumes with grasses already being used as cover crops may increase the input of nitrogen in the soil. Legumes form a symbiotic relationship with soil microbes that produces nitrogen, some of which may be left in the soil after the plant has matured.

“There are a lot of watermelon producers in the eastern part of the state who are already using cover crops, although they’re primarily using grasses,” McWhirt said. “This puts a lot of carbon into the soil. By adding legumes, the cover crop mixture may increase soil nitrogen, while still providing weed control.

“What we’re seeing from the early weed biomass data is that mixes act just as well at suppressing weeds as the grass cover crops by themselves, and there does appear to be an increase in nitrogen when you add in that legume,” she said.

The second cover crop trials are co-led by Jackie Lee, integrated pest management specialist for the Division of Agriculture, who is examining how the use of cover crops affect both beneficial insects and pests.

“When the cover crop is still standing in the early spring, before we terminate it, some of the cover crops can act as hosts for pollinators, so graduate student Paige Hickman has been ‘pollinator trapping’ in different cover crops to see if the crops are providing habitat for different pollinators,” McWhirt said. “We’re weighing that potential benefit against the possibility of the crops creating a ‘green bridge’ for pest insects — aphids, for example, making their way from the cover crop to the watermelon.

“Thus far, we’re not seeing the cover crop acting as a bridge for pest insects into the watermelon,” she said. “And certain cover crops are acting as hosts for pollinators.”

“We've had very impressive weed suppression with a cereal rye cover,” Bertucci said. “The cereal rye grew in very densely and created a barrier that prevented weed emergence throughout the field.

We see minimal weed emergence where the rye was disturbed, like tractor tires or maybe where the rye did not establish as densely,” he said. “But when the cover crop was combined with a residual herbicide program, there were virtually no weeds present within our watermelon plots.”

While weather patterns over the past several years have presented challenges to agricultural research in Arkansas, McWhirt said she was confident that the results of the trials will still prove beneficial to growers in the future.

“Both years have been very wet,” she said. “Last spring was very cool for a long time, well into the middle of April, so we had delayed planting in both years. We haven’t had ideal planting seasons, where we were planting at the time we wanted. So both seasons have been a little trying, but we’re still hoping that we’ll get some good data on how cover crop mixes impact weeds, pests and crop yields in watermelon production, even in less than ideal conditions.”