By Ryan McGeeney
U of A System Division of Agriculture
Feb. 11, 2019

LITTLE ROCK – Even if the fall of 2018 marked the “harvest that never ended,” Arkansas growers managed to pull enough rice from the land to mark a 30 percent increase over 2017’s disastrous numbers, which reflected the severe flooding of that year’s spring. 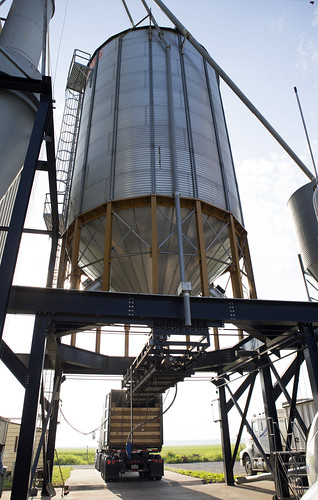 Not only was 2018 a strong year for Arkansas rice growers, with a total production of 107 million cwt, but U.S. rice as a whole, said Jarrod Hardke, extension rice agronomist for the University of Arkansas Division of Agriculture.

“Arkansas rice yield and acres came right in line with expectation,” Hardke said. “However, it was surprising to see a substantial increase in overall U.S. yields, which marks the second highest on record. Some individual state yields increased more than 800 pounds per acre over previous estimates.”

Some Arkansas crops saw modest year-over-year increases, including corn, which rose 7 percent to 117 million bushels, and upland cotton, which also rose 7 percent to an estimated 1.15 million bales, results that several extension agronomists described as unsurprising, and generally in line with annual averages.

The state’s No. 1 crop, soybean, saw a 7 percent decline in production from 2017, falling to about 165.2 million bushels. The dip was overshadowed by the increasing supply on hand, accumulated in part due to the ongoing trade dispute with China.

Nationwide, total stocks of stored soybeans rose 18 percent over 2017 numbers more than 3.7 billion bushels, stored both on farms and off. Soybean stocks stored on farms, specifically, totaled 1.94 billion bushels, up 30 percent from a year ago. While the report didn’t make numbers for Arkansas available, the national situation reflected what Arkansas growers are dealing with, said Scott Stiles, Extension economist for the Division of Agriculture.

“Normally, we use the bulk of on-farm storage for corn and rice,” Stiles said. “Given the quality issues, drop in soybean prices and weakness in the basis at harvest, my feeling was that our growers would allocate a lot more bin space to soybeans following the 2018 crop.”

Peanut production in Arkansas dropped about 25 percent in 2018 to about 2.2 million pounds. Travis Faske, extension pathologist and peanut agronomist with the Division of Agriculture, said poor harvesting conditions and the abandonment of several thousand acres in peanut production led to the lower number, although the average yield “was positive, and among the best, compared to other peanut producing states.”

The Feb. 8 report also referenced winter wheat in the state, which is forecast to have the lowest acreage since 1955, at about 120,000 acres. Jason Kelley, extension wheat and feed grains agronomist with the Division of Agriculture, said the numbers were not surprising, “given the very wet fall that prevented most acres from being planted.”

Finally, sorghum, which occupies relatively few acres in the state, nevertheless saw a substantial increase in 2018 of 41 percent, with Arkansas growers producing about 770,000 bushels throughout the year.