YEAREND: As a difficult harvest draws to a close, economists look on the bright side
skip to main content
News - 2019

YEAREND: As a difficult harvest draws to a close, economists look on the bright side

By Ryan McGeeney
U of A System Division of Agriculture
Dec. 13, 2019

LITTLE ROCK — From soybeans to rice, corn to peanuts, 2019 has been a challenging year for many, if not most, Arkansas growers. Continuous intermittent rains postponed winter fieldwork or outright made it impossible. Widespread delayed planting gave way to temperamental weather patterns throughout the growing season, which at last concluded in generally delayed harvests. 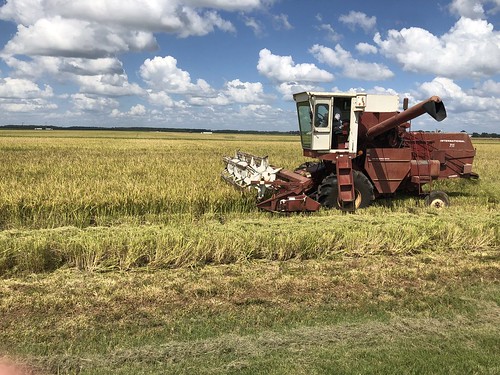 But farming has always been an uphill battle, in Arkansas and elsewhere — a struggle for both profitability and sustainability. Scott Stiles, extension economist for the University of Arkansas System Division of Agriculture, said that 2019 represents a better year than many in the agricultural industry may recognize at this point.

“In my opinion growers in the state dodged a bullet this year,” Stiles said. “In spite of the planting delays, state average yields for the major crops will be very close to those seen last year.”

Even the weather, which seemed determined to thwart growers for much of the past 18 months, managed to come around at a few critical junctures.

“Fortunately, the weather cooperated at the end of the growing season,” Stiles said. “September basically extended the summer an additional month. We continued to see some record and near record highs in the first week of October. As a result, the harvest of this year's crop has tracked closely with the five-year average pace.”

Stiles said that while the ongoing trade dispute between the United States and China has suppressed sales in an overall historical context, negotiators still made headway in 2019.

“On the trade front, China is buying more from the United States this year,” he said. “Export sales of soybeans, cotton and grain sorghum to China are all up significantly over last year. At the local level, stronger export demand has lent some support to soybean basis. Plus, growers are seeing substantial improvement in soybean quality this year. The quality and the grades of the majority of this year cotton crop are exceptional. Cotton yields have been very strong in some areas. It's possible Arkansas may see a record cotton yield this year.”