By Nick Kordsmeier
U of A System Division of Agriculture

“Dr. Fulton was integral in laying a foundation of excellence that we strive to continue today,” said Ken Korth, interim head of the department of entomology and plant pathology. “He helped establish the department as a leading contributor in plant virology and in efforts to provide farmers with healthy plants.” 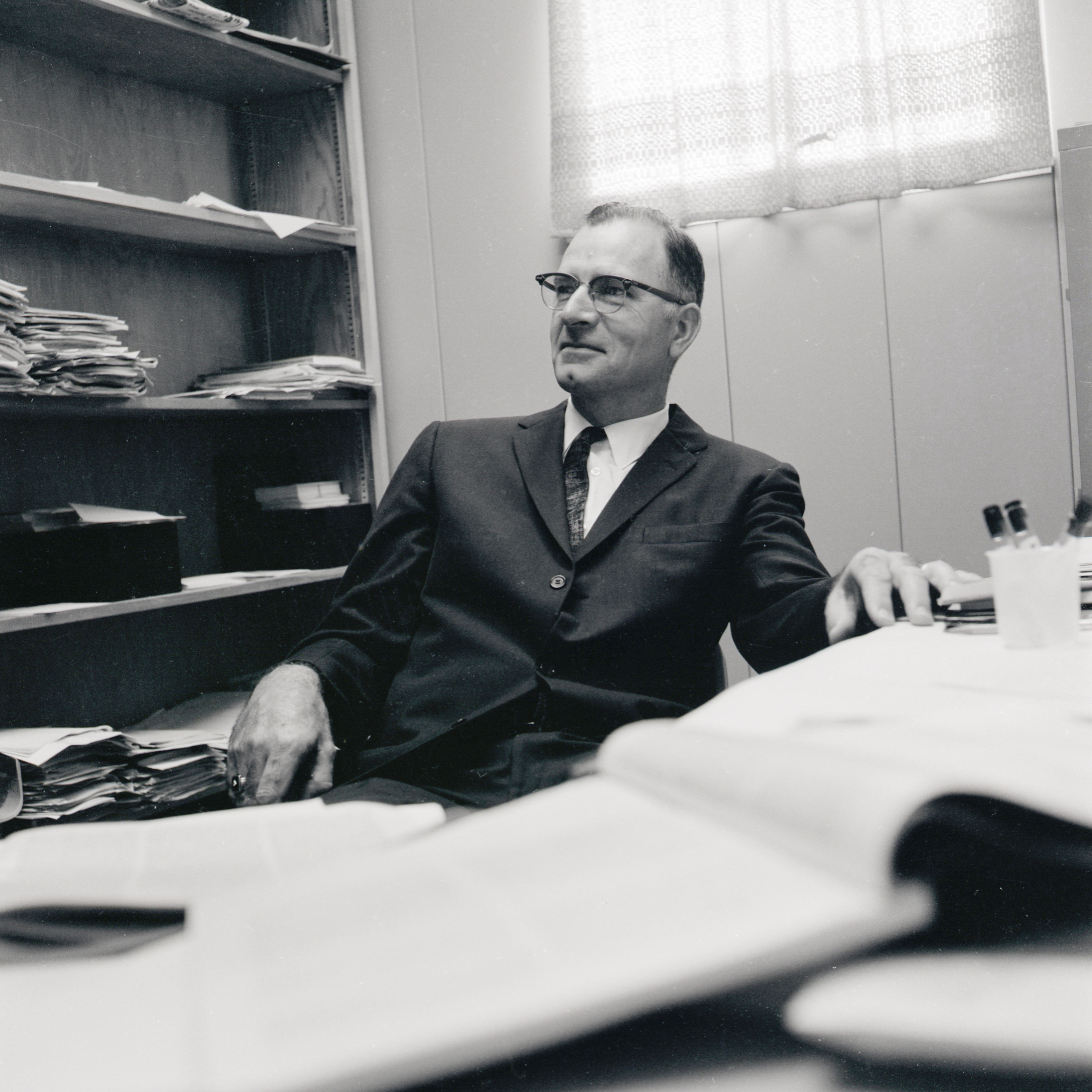 REMEMBERING JOE FULTON — At the age of 102, pioneering plant pathologist Joseph P. Fulton passed away on Nov. 26, 2019. Fulton is remembered as an influential mentor and innovative researcher. (U of A System Division of Agriculture photo)

Fulton began his career in Arkansas in 1947 after receiving a Ph.D. in plant pathology from the University of Illinois. He served as plant pathology department head for the Division of Agriculture and the Dale Bumpers College of Agricultural, Food and Life Sciences from 1959 until 1964. He retired in 1987.

When he wasn’t teaching, Fulton was dedicated to advancing plant pathology research and providing practical applications to farmers in the field. He was instrumental in the development of an Arkansas strawberry certification program jointly with the Arkansas State Plant Board.

“He brought in the strawberry varieties they were growing, and he made sure they were free of viruses before they were propagated,” said Rose Gergerich, Fulton’s former colleague and retired professor of plant pathology for the Division of Agriculture. That program became the model for other certification programs in the state, she said.

Fulton also established the Division of Agriculture’s investigations of vectors of virus transmission.

“In the world of plant viruses, there are organisms that carry these viruses, they spread them in the field,” Gergerich said. “The study of these vectors, beginning with nematodes, became an emphasis for the entire virology research group.

“It was really a new topic back then,” Gergerich said. “He saw that these were important areas of study and went after funding, not just for the research personnel, but the building that it was done in, the electron microscope that was so consequential in researching the vector-virus relationship.

Korth said, “As a researcher and administrator he had a major impact, and he was instrumental in bringing new technologies to campus.”

Fulton’s efforts to bring an electron microscope to the agricultural research and extension center in Fayetteville benefited the entire university, as faculty from many disciplines conducted experiments at the facility.

His work in virology was known world-wide. Gergerich recalled attending a meeting in Cambridge, England, and marveling that her international connections were familiar with Fulton and the virology research group in Arkansas. “We were in this small group discussing virology,” she said, “and these people kept asking me questions relating to our research. ... They knew about the group.

“(It was) one of the neatest things that ever happened to me,” she said.

Fulton was known as a committed mentor who trained a generation of leaders in plant pathology. He was “personally influential. Not just influential in terms of the money that he brought in or what he did in terms of our professional society, but influenced a lot of people personally,” Gergerich said.

In 1962, the Arkansas Alumni Association Distinguished Achievement Award for Research was presented to Fulton in recognition of his outstanding research efforts. Fulton was also an active member of the American Phytopathological Society, serving as secretary from 1967 to 1970 and as president in 1972. He was elected a Fellow of APS in 1976.

“Dr. Fulton was a great pathologist and had a very creative science mind. He was intellectually formidable to say the least,” said Rick Cartwright, senior associate vice president for agriculture-extension and director of the Arkansas Cooperative Extension Service. Before joining administration, Cartwright worked as a plant pathologist. “I have known him since 1972, and am better for it. A truly remarkable person.”

Bumpers College provides life-changing opportunities to position and prepare graduates who will be leaders in the businesses associated with foods, family, the environment, agriculture, sustainability and human quality of life; and who will be first-choice candidates of employers looking for leaders, innovators, policy makers and entrepreneurs. The college is named for Dale Bumpers, former Arkansas governor and longtime U.S. senator who made the state prominent in national and international agriculture.