FAYETTEVILLE, Ark. – Glenn W. Hardy, for 22.5 years dean of U of A's then-College of Agriculture and Home Economics and a faculty member for 38 years, died on July 18. He was 95. 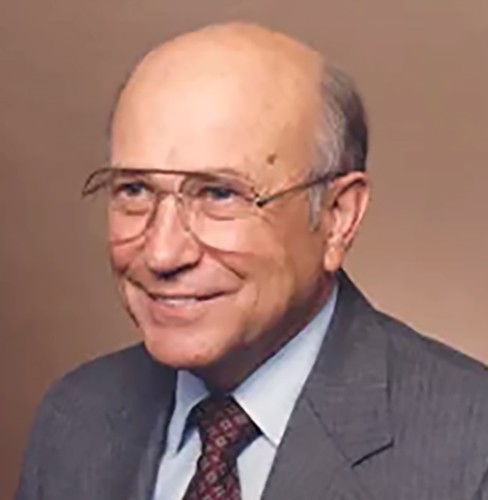 He earned bachelor's and master's degrees from Pittsburgh State University in Kansas and his Ph.D. in agronomy from Kansas State University in 1957. He served three years in the U.S. Navy, and was a member of Phi Kappa Phi (academic honor society), Gamma Sigma Delta (honor society of agriculture) and Alpha Zeta (professional fraternity for agriculture and natural resources).

Of his career in higher education, Hardy said, "The most important work I did can't be documented. I got to work with Arkansas's most important crop, the children. Many of the leaders of the state are our graduates."

He continues contributing to the education of students through the Glenn W. Hardy Endowed Scholarship Fund, which had previously been established and is awarded to students in the department of agricultural education, communications and technology.

Hardy also served the Boy Scouts of America as Razorback District chair and as vice president of the West Arkansas Area Council of BSA, and he served on the boards of the Single Parent Scholarship Fund of Washington County, United Way for Washington County and the U of A Retirement Association.

He was a charter member of the National World War II Museum in New Orleans, Louisiana, inducted into the Arkansas Agricultural Hall of Fame in 1997, was a long-time member of Central United Methodist Church in Fayetteville and later in his career served on the National Advisory Committee for Rocky Mountain College in Billings, Montana.

About the Dale Bumpers College of Agricultural, Food and Life Sciences: Bumpers College provides life-changing opportunities to position and prepare graduates who will be leaders in the businesses associated with foods, family, the environment, agriculture, sustainability and human quality of life; and who will be first-choice candidates of employers looking for leaders, innovators, policy makers and entrepreneurs. The college is named for Dale Bumpers, former Arkansas governor and longtime U.S. senator who made the state prominent in national and international agriculture. For more information about Bumpers College, visit our website, and follow us on Twitter at @BumpersCollege and Instagram at BumpersCollege.