By Mary Hightower
U of A System Division of Agriculture
Aug. 13, 2019 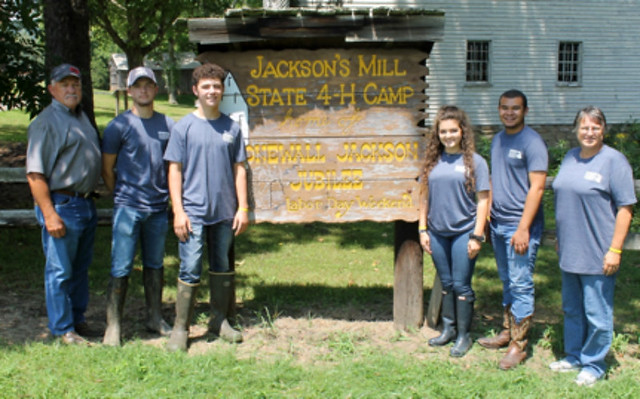 The Arkansas team, all from Hermitage, was comprised of Braden Harrod, Gregory Hilliard, David McGhee and Madison McGhee, and were coached by Joe Don Greenwood. Harrod also won the high point individual award. The second-place individual was Ethan Coker from Louisiana and the third-place high individual was Logan Snipes from Alabama.

“It was quite a thrill,” Greenwood said. “I’ve been blessed with some good kids.”

Greenwood is no beginner as a coach – his first team to go to the nationals did so in 1993.

His winners will have something to show for their efforts as well.  “I always get my teams championship rings,” he said.

“We have to know trees from all over. They bring in limbs from the west coast. We have to ID Pacific Yew and all those firs and giant sequoias,” Greenwood said. “We’ll see some of those same trees at FFA. There are differences between the two contests (but) it sure helps to be at both places.”

Kyle Cunningham, extension forestry specialist for the University of Arkansas System Division of Agriculture, watched the team win the state competition, which qualified them for the nationals.

John Gavin, Bradley County extension staff chair for the Division of Agriculture, said the team members “steadily studied and worked and practiced and it paid off. The team won several smaller contests that prepared them to win at state and earn the privilege of competing at the national level.”

Gavin put the win into perspective: “There’s a new team every year. Once they win at national, they can’t compete again, so Bradley County keeps pumping them out.”

Greenwood’s secret is keeping lots of potential contestants trained – always having a team behind the current squad.

“We try to keep plenty trained, and when they get mature enough, they get honed in” on the next level of competition, he said.

“I don’t do long, heavy-duty practices,” Greenwood said. “I keep them short. I want to have quality rather than quantity.”

To learn more about Arkansas 4-H, contact your county extension office or at https://www.uaex.uada.edu/4h-youth/default.aspx. Follow the Cooperative Extension Service on Twitter at @uaex_edu or 4-H at @Arkansas4h.