By Ryan McGeeney
U of A System Division of Agriculture
April 2, 2019

FAYETTEVILLE, Ark. – A professor and poultry expert with the University of Arkansas System Division of Agriculture has been named a recipient of the 2019 President’s Award from the Research Chefs Association, a national professional association dedicated to culinary arts and the science of food. 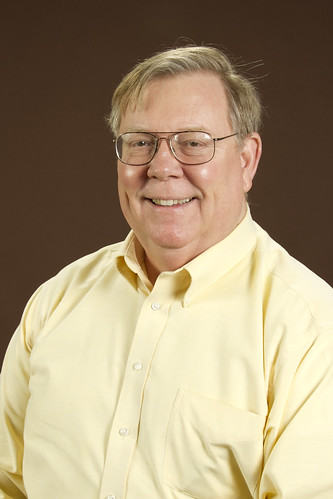 John Marcy, extension poultry processing specialist for the Division of Agriculture and instructor with the Department of Poultry Science, was named one of three recipients across the country for the 2019 award.

The association names recipients of several awards each year, with the goal of recognizing “the most accomplished, deserving professionals in the food product development industry,” according to the Research Chefs Association website.

Marcy’s award was announced at a March 20 meeting of the RCA in Louisville, Kentucky. At the ceremony, Michael S. Cheng, interim dean for Florida International University and board member-at-large for the RCA, gave a brief synopsis of the accomplishments that occasioned the award.

“As a thought-leader in the industry, both professional culinologists and students consistently turn to John for innovative ideas, thoughtful advice and lessons he learned along the way,” Cheng said.

“I’m very thankful to the president of RCA, Dr. Jason Behrends,” Marcy said. “This is his decision.”

From May 20-24, Marcy will help lead the RCA’s Culinary Arts Fundamentals for Food Technologists. The week-long cooking class, held in Bentonville, Arkansas, allows participants to learn both fundamental and advanced kitchen techniques kitchen techniques, as well as participate in the creation of assigned dishes. There are also lectures delivered each day.

Marcy said the week-long cooking course concept is now in its 15th year. The course was originally offered privately for Tyson Foods in 2005; in 2009, Marcy and his collaborators began offering the courses to the public, and relocated the course to facilities at the Northwest Arkansas Community College.

To learn about poultry science and the culinary arts in Arkansas, contact your local Cooperative Extension Service agent or visit www.uaex.uada.edu. Follow us on Twitter at @UAEX_edu.