Close encounters of the wildlife kind: That seemingly alone deer or baby bird may not be
skip to main content
News - 2017

Close encounters of the wildlife kind: That seemingly alone deer or baby bird may not be

LITTLE ROCK – Spring is a time of fledgling birds, nesting cottontails and a rise in human-wildlife interactions as people hit the hiking trails, run the bush hog or are puttering around in the backyard.

“With the onset of spring, many people are tempted to help what seems to be abandoned or orphaned wildlife,” said Becky McPeake, extension wildlife specialist for the University of Arkansas System Division of Agriculture. “In many cases, young animals have not been abandoned. For some, it is a normal part of their life stage.” 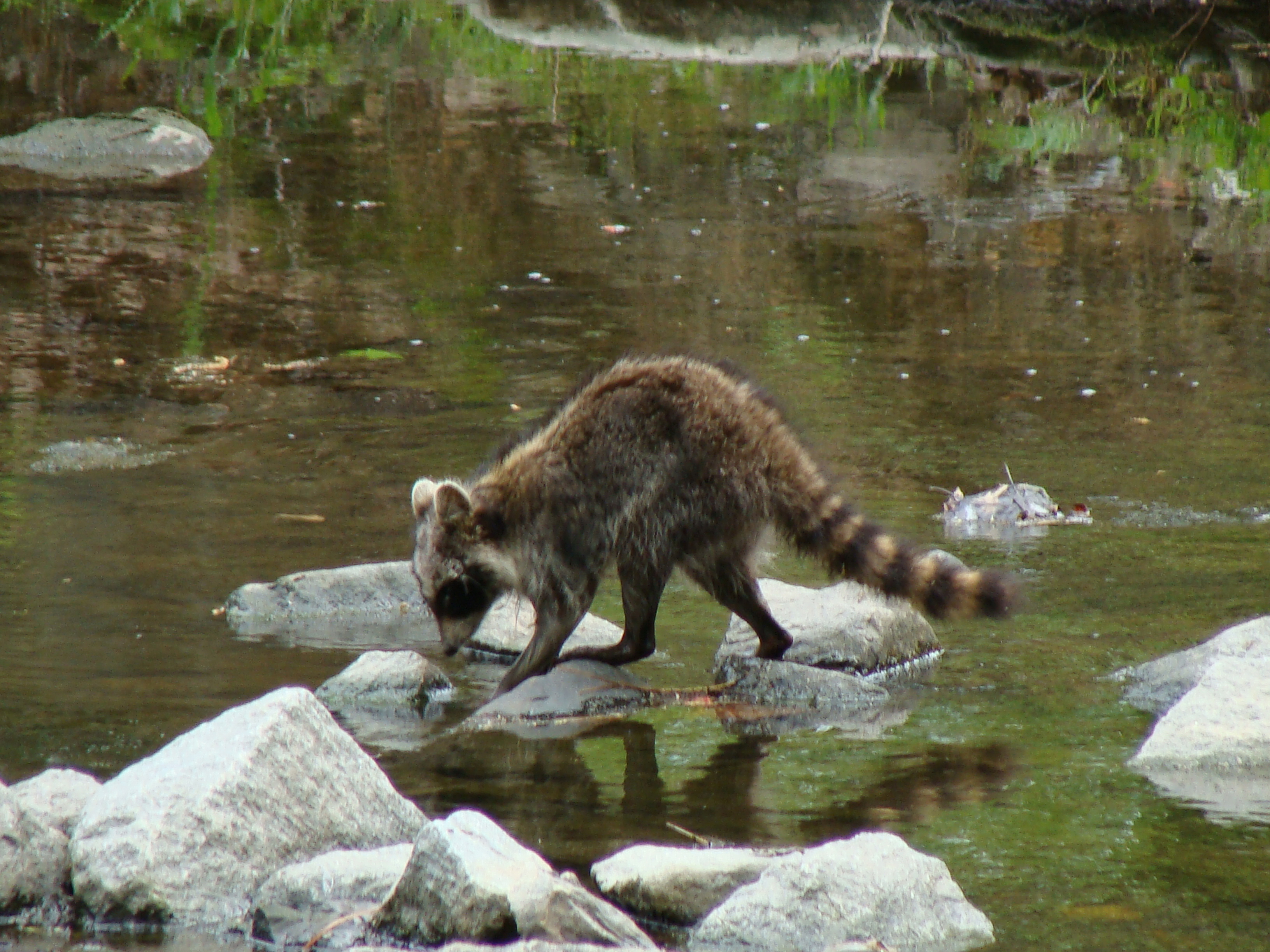 FORAGING -- A young raccoon forages for crayfish in a creek in Little Rock's Midtown area. (Image by Mary Hightower)

For example, “young birds learning to fly may appear abandoned, though a parent is usually close by,” she said. “For others, it might be a natural strategy to reduce predation. A female cottontail may only visit her nest a few times a day. A fawn uses its spotted camouflage to avoid predators until its mother returns.”

If you see an animal on its own and “it runs away from you or tries to defend itself, it does not need help,” McPeake said.

Occasionally you’ll see an animal exhibiting unusual behaviors. It could be a normally nocturnal creature such as a raccoon wandering around during the day, or typically shy wild animals acting aggressively in the presence of humans or pets.

These could be signs the animal has distemper or rabies, or may be forced into an unusual behavior pattern by circumstances such as drought, injury or being orphaned. In those cases, it’s probably best to leave the animal alone.

Spring is full of stories about people who clean brush from their yards or till up the soil for gardens, only make a sad discovery about what was once a nest.

“If an animal’s nest is disturbed, like from cutting a tree or bush, fashion a new nest and leave it where the parent can find it,” McPeake said.

However, if the situation is more severe, but there are survivors, McPeake recommends finding a wildlife rehabilitator licensed by the Arkansas Game and Fish Commission.

“These rehabilitators have the special set of skills needed to care for orphaned, sick, or injured wildlife until they can be released safely into the wild,” she said.

For most people, “caring for wildlife is not advisable,” McPeake said. “It requires an exhaustive amount of attention and commitment. For example, most very young mammals must be fed specialized formula every two hours around the clock.”

Plus, it’s illegal to keep some wildlife species as pets without a permit. This includes deer fawns, songbirds, owls, ornate box turtles and endangered species.