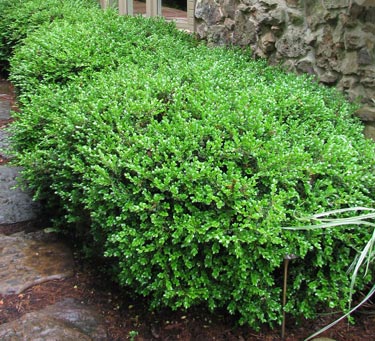 Did you plant a boxwood shrub this spring? Check them for Box Tree Moths!

Checking it today for the destructive Box Tree Moth (BTM) can help prevent a new invasive pest from spreading and destroying Arkansas’s boxwoods.

Boxwoods are popular landscaping plants and shrubs, with species native to many parts of the world. They are commonly used for hedges and topiaries, and their fine grain makes their wood ideal for intricate carving.

Thousands of boxwood plants were imported from Canada earlier this spring that may have been infested with Box Tree Moths (Cydalima perspectalis, family Crambidae). This invasive pest can significantly damage and potentially kill boxwood plants if left unchecked.

Many of the potentially infested plants were then moved to other states – including Arkansas. The U.S. Department of Agriculture’s Animal and Plant Health Inspection Service (USDA-APHIS) is looking to find all infested boxwoods and destroy them as soon as possible before these devastating moths have a chance to become established.

USDA-APHIS confirmed the presence of Box Tree Moth in the continental United States in May 2021, and has implemented an emergency response to find and eradicate this pest. The insect is native to East Asia, but has become a serious invasive pest in Europe, where it continues to spread.

Do box tree caterpillars only feed on boxwood?

The caterpillars feed mainly on boxwood, and heavy infestations can defoliate host plants. Once the leaves are gone, larvae consume the bark, leading to girdling and plant death. Boxus (boxwood) species are their primary plant host, but they will also feed on euonymus and Ilex (holly) species.

Female box tree moths lay flattened eggs singly or in overlapping clusters of five to more than 20 at a time in a gelatinous mass on the underside of boxwood leaves. Eggs are approximately 1/16 inch (1 mm) in diameter. Female moths can produce more than 42 egg masses in their lifetime. Eggs typically hatch within four to six days.

Once they emerge, caterpillars will begin feeding on foliage and spinning webs around leaves and twigs to hide and protect themselves from predators. They can grow to be 1½ inches (4 cm) long.

Pupae typically first appear in April or May and will be present continuously through the summer and into the fall, depending on the local climate and timing of generations. Adults first emerge from the overwintering generation between April and July, depending on climate and temperature. Subsequent generations may be active through June to October. Adults have two color forms, light and dark, and typically live for two weeks after emergence.

Box Tree Moths are highly mobile and are reported to be good fliers. Natural spread of this moth in Europe is about 3 to 6 miles per year. One analysis from Europe concluded that natural dispersal from continental Europe to the United Kingdom was possible, suggesting sustained adult flights of over 20 miles. People moving infested plants have helped them to spread faster and farther.

If you bought a boxwood plant during spring 2021, please inspect it for signs of the moth and report any findings to your local USDA office or State agriculture department.

If state or federal agriculture officials visit your home, please allow them to inspect your boxwood trees and place an insect trap. Box tree moths can produce several generations between June and October, so acting now is essential to prevent this pest from establishing itself in Arkansas. 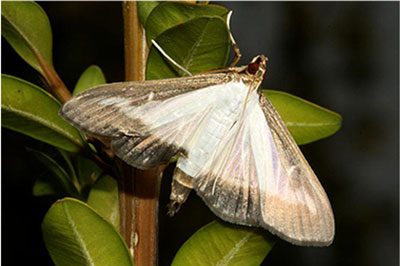 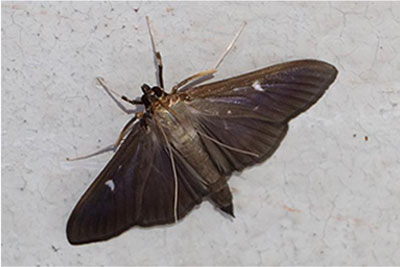 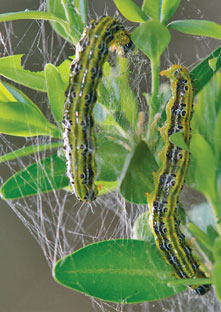 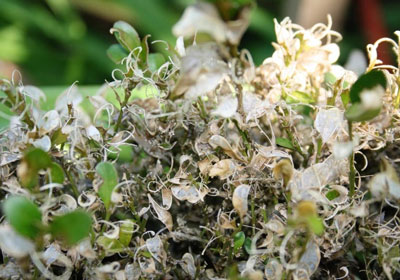 Is the Box Tree Moth in Arkansas?

While it's not confirmed, Arkansas residents may have already purchased and planted these recently imported boxwoods. If you bought one, you may have infested boxwood on your property. The USDA wants to prevent the box tree moth from spreading and establishing itself here in our state and beyond.

In response to the incident, USDA-APHIS issued a Federal Order on May 26, 2021, to halt the importation of host plants from Canada, including boxwood (Buxus species), Euonymus (Euonymus species), and holly (Ilex species).

USDA-APHIS is working closely with the affected states, including Arkansas to find and destroy the imported plants in the receiving facilities. They are also attempting to trace the sale of imported plants to determine additional locations of potentially infected boxwoods. They will provide BTM traps and lures for surveys in the receiving facilities and other locations that received potentially infected plants.

What should I do if I find a box tree moth?

If you suspect you have found BTM in Arkansas please contact:

The Cooperative Agriculture Pest Survey (CAPS) program monitors for invasive species and the introduction of exotic and introduced species of plants and animals. These efforts are accomplished by involving stakeholders and the scientific community, and leveraging efforts by other government entities, Agencies in USDA, state departments of agriculture, universities, and industry partners.

You can also send a photo of suspected invasive insects or damage to:
caps@agriculture.arkansas.gov or call 501-225-1598.