This guidance is a follow up to the Veteran's Day Freeze of 2019.

This guidance is a follow-up to the Veteran’s Day (November 11, 2019) freeze.  We predicted in mid-November 2019 that there might be significant delayed damage to a number of woody plants including crapemyrtle (Lagerstroemia), gardenia, evergreen azaleas, and Japanese maples.  Frequent calls in May by county Extension agents, homeowners, and landscape companies confirms the poorly timed freeze has resulted in significant plant damage.

Remind me what caused this:

Based on our observations and feedback it appears most of the observed freeze damage is in Central and South Arkansas.  Northwest Arkansas has reported less damage since that region of the state experienced a more favorable pattern of cold temperatures prior to November 11 that allowed plants to prepare for winter (cold hardening).  A typical pattern of cooler temperatures did not occur in other parts of Arkansas so some groups of plants were unprepared for the dramatic drop in temperatures on Veteran’s Day.

Several broadleaf evergreens (e.g. Encore azaleas; gardenia), Japanese maples, and crapemyrtles were still in active growth.  The tip-off that plants like crapemyrtle and Japanese maple were still very active was the amount of ‘green’ leaves on the plant by November 11.  Normal leaf drop or fall color would have been an indicator that plants were further along in the cold hardening process. The easiest analogy is to think of ‘winterizing’ your outdoor water faucet.  The house water pipe is full of water (as was the plant vascular system) and when the temperature drops suddenly into the upper teens, the water freezes in the unprotected pipes causing the pipe to break.  Essentially the same thing happened with these plants that were not fully hardened on November 11 to a hard freeze.  Plant damage is a result of a rare sequence of events (‘perfect storm’) that included a lack of cool temperatures to adequately harden plants followed by a RAPID (54 degree drop) in temperatures in less than 24 hrs followed by a final temperature well below freezing (18 degrees).  In a few plants (Aucuba; gardenia; evergreen azaleas) the impact of the freeze was evident fairly quickly (Fig. 1-3).

What worried us in November was deciduous plants that still had active growth and the green leaves were ‘burned’ by the hard freeze and never dropped; it was as if the leaves were ‘stuck’ on the plants.  This was common with some Japanese maples and crapemyrtles (Fig. 4)

This unfortunate series of temperatures is a likely cause of death or plant injury on a small group of woody ornamental plants including crapemyrtle (Lagerstroemia), evergreen azaleas, Japanese maples (Acer palmatum), gardenia, bigleaf hydrangea (H. macrophylla), and common fig (Ficus carica). Gardenias appear to have been severely damaged and extent of damage on crapemyrtles understandably varies depending on cultivar.  Berni Kurz reports that in Lonoke ‘Natchez’ died to the ground but ‘Basham’s Party Pink’ shows little damage.  We have several reports of misshapen leaves and some random twig dieback on common fig.

What can I do?

Some of the plants that have damaged may not recover at all.  This is a good time to check plants with a simple ‘scratch test’ (Fig. 5).  By simply taking your thumbnail and scratching on various twigs/stems you can easily assess the extent of damage.  In many cases the root system should have survived and only the tops (shoots) have been killed to some degree.  We have observed large crapemyrtles (Fig. 6) that are dead to the ground but they are re-sprouting at the base.

If the amount of shoot damage is extensive you will face a tough choice whether to be patient and wait a few months to see what shoot re-growth occurs or to replace the plant entirely.  If you plan to leave plants awhile longer you can simply cut-out the dead branches. Remember that with bigleaf hydrangea, flowers are born on ‘old’ wood (i.e. flower buds were formed in August-September the previous year, carried through the winter, and then flower) so do some planning before you prune-back shoots.  For help with pruning, consult Pruning Ornamental Shrubs (and Grasses), FSA6148  https://www.uaex.uada.edu/publications/pdf/FSA-6148.pdf . 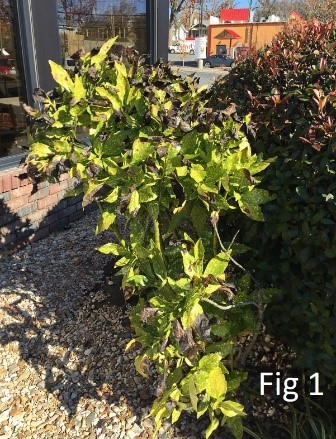 Fig. 1. In a few plants like this broadleaf evergreen Aucuba, leaf burn (scorch) was evident within 10 days of the hard freeze (Little Rock)

Fig. 1. In a few plants like this broadleaf evergreen Aucuba, leaf burn (scorch) was evident within 10 days of the hard freeze (Little Rock) 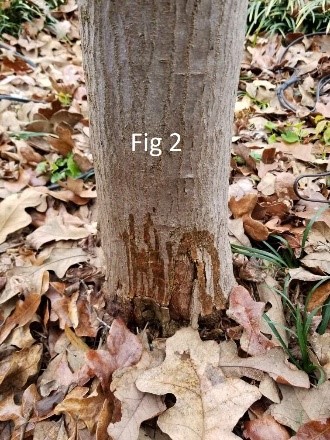 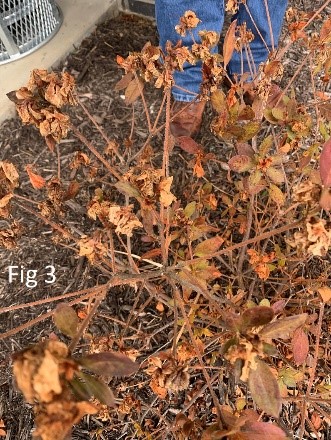 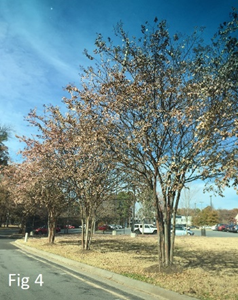 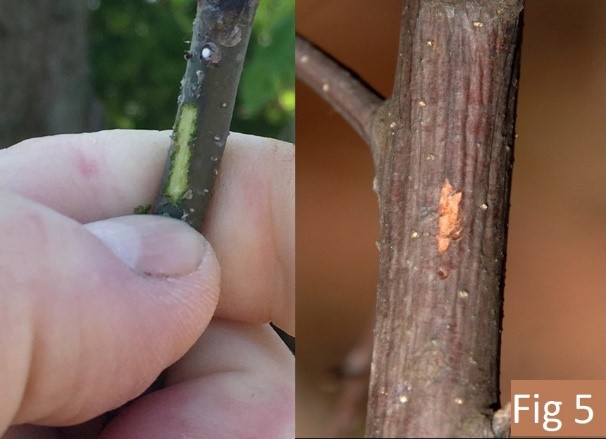 Fig. 5. A simple scratch test can reveal healthy, ‘green’ tissue (left) under the bark in contrast to brown (right) which indicates tissue is dead.

Fig. 5. A simple scratch test can reveal healthy, ‘green’ tissue (left) under the bark in contrast to brown (right) which indicates tissue is dead. 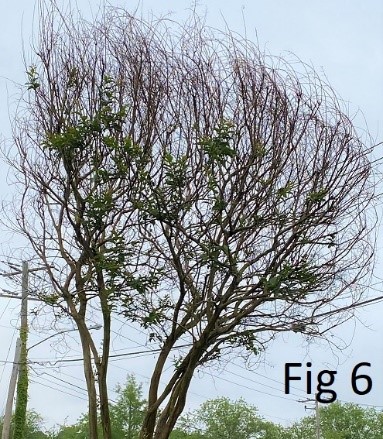 The University of Arkansas System, Division of Agriculture is an equal opportunity/equal access/affirmative action institution. For more information you can contact your local county extension service agent.