FAYETTEVILLE, Ark. — Phil Tugwell — “Tug” to his friends — was known as a hard worker who was generous with resources, knowledge, credit and … well, pretty much everything. 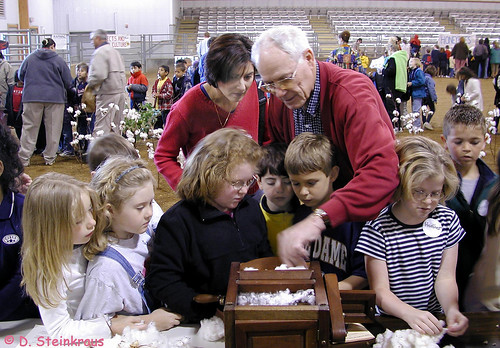 Noel Philip Tugwell died Oct. 20 in Fayetteville. He was 88. He served the Arkansas Agricultural Experiment Station and the Dale Bumpers College of Agricultural, Food and Life Sciences at the University of Arkansas as an entomology researcher and teacher for 36 years.

“He was one of the great and good entomologists,” said Don Steinkraus, professor of entomology for the Agricultural Experiment Station, the research arm of the University of Arkansas System Division of Agriculture. “They truly do not make entomologists, scientists, scholars, professors like Dr. Tugwell anymore.”

A native of Levelland, Texas, Tugwell was an Air Force veteran and worked for the Fish and Wildlife Service in Alaska before completing a master’s degree at the University of Arkansas and a doctorate at Louisiana State University. He joined the Division of Agriculture in 1966 and retired in 2002.

“He was unselfish with his expertise, his time, and shared knowledge and help without expecting anything in return,” Steinkraus said. “He would help me with experiments — I mean field experiments in the heat of the summer in Marianna, hard physical work — and expected little or nothing in return.

“I always tried to include him as an author, but he didn’t really care,” Steinkraus said. “He was doing the work and not looking ahead to kudos.”

Tugwell’s unselfishness comes up constantly among his friends and former colleagues. Max Meisch, professor emeritus of entomology tells a story about sharing summer helpers during field research at Stuttgart. A local schoolteacher and a young man from Stuttgart were hired for the summer to split their time between working for Tugwell and Meisch.

“Tug told me, ‘Max, no man can serve two masters. Why don’t you take both of them?’”

Meisch was just getting started as an entomologist for the experiment station. “Inheriting those two guys really helped get my research program going,” he said. “It was a thoroughly unselfish act by Phil that helped me a lot.”

Steinkraus said Tugwell got him started on a 20-year project on cotton aphids that defined his career success.

“When I first arrived in Arkansas,” Steinkraus said, “he told me, ‘Don, something is killing aphids in cotton. No one knows what it is. Maybe you can find out.’ He gave me this idea with no expectation of anything but helping growers.

“And, in fact, I did find out and mined that vein of knowledge for years,” Steinkraus said. “I still put Tug’s photo in my talks and thank him for his generosity and kindness.”

Mark Cochran, who recently retired after 39 years with the Division of Agriculture and a decade leading the division as U of A System vice president-agriculture, remembers Tugwell as the motivating force behind the COTMAN project.

COTMAN is a cotton management system that times everything from irrigation and fertilizer to pest control and harvest preparation to the physiological development of the plant. It is widely used in cotton production in Arkansas and other states. Cochran was part of the COTMAN research team that also included Tugwell, cotton researchers Fred Bourland and Derrick Oosterhuis, and research associate Diana Danforth.

“Phil was a very unusual combination of a great southern gentleman and a highly observant scientist,” Cochran said.

Tugwell had observed that cotton plants give off physiological signals that indicate when they are experiencing stress from pests, disease or lack of water.

“His observations were key in initiating the COTMAN program,” Cochran said. “He was very, very innovative and, in many ways, the genius behind COTMAN.”

Bourland, a Division of Agriculture cotton breeder, couldn’t agree more that Tugwell was the driving force behind that project, although he was loathe to take the credit.

“He was always the one who wanted to take a back seat when it came to taking credit,” Bourland said, “but he deserves the credit for getting that project going. Tug was really the instigator of that project.”

Bourland said the COTMAN research project was propelled by Tugwell, most often during lunch meetings. “We ate lunch and just discussed what we were doing,” he said. “A lot of progress came out of those meetings.”

Danforth was charged with guiding computer programmers to design the software and then implementing it once it was ready to go. She also remembered those lunch meetings.

“He was a true visionary,” Danforth said. “He always seemed to see in his mind how the pieces fit together before most of us knew what the pieces were.

“The COTMAN research group would meet weekly in the student union,” Danforth said. “Dr. Tugwell would present, in his smooth Texas drawl, the ideas he was working on that week, and then proceed to write them on napkins for me to take back and work on implementing.”

Tim Kring, former Arkansas Agricultural Experiment Station entomologist who now is entomology department head at Virginia Tech, said Tugwell had to change some minds to get the COTMAN program off the ground.

“It was a religion for him,” Kring said. “He was telling people that you could look at a cotton plant and predict how it would handle stresses throughout its growth and reproduction. When people said it couldn’t be done, he’d say, ‘No, and I’m going to change your mind.’ And he did.

Tugwell was known as a hard worker.

“There was not a harder worker anywhere than Phil Tugwell,” Meisch said. “He’d work from sunup to sundown.”

But Tugwell was not all work and no play. Cochran said, “He’d work long days, and then it wasn’t uncommon for him to race his graduate students back to the truck at the end of the day.”

Retired entomologist Donn Johnson remembers Tugwell as deliberate in how he considered information.

“He was a thinker,” Johnson said. “We’d be at meetings, and in a group discussing a number of topics, and he’d just sit there. But after we’d move on to another topic, he’d chime in and want to go back to the last topic. That’s kind of the way his mind worked. He’d work something over in his brain before he decided what he thought about it. He didn’t waste words.”

Tugwell was also a great partner, Bourland said, because he had a background in cotton agronomy. “He knew the cotton plant better than any other entomologist, a rare commodity in that field,” he said. “That allowed him to really explore insect-plant interactions. That was really his strong suit.”

Tugwell’s passion for his work could be a bit distracting at times.

“I rode with Tug over to Marianna for some field work one time,” Bourland said. “We got to talking about the work and missed the turnoff for Marianna. We had to go all the way to Forrest City and go around.”

“He made you think about things more than others,” Benson said. “He’d give us all these reading assignments. Then one day he’d just sit down in class and ask, ‘OK, how do we control boll weevil?’

“He wanted to know our thought process on everything,” Benson said. “He’d make us think out loud or think on paper.”

“He loved to ask penetrating questions,” Bourland said. “That’s a wonderful teaching method. It wasn’t just regurgitation of information. You learned how to make connections and put things together.

“He used the same method in class as he did in his research,” Bourland said. “We have this and this. How do we get there?”

Point of it all

Tugwell didn’t work for the credit.

“Tug believed that the measure of your work was not the number of scientific publications, but the impact in the field,” Kring said. “He didn’t care about taking credit. He was interested in the work and making an impact. And he changed the way people grow cotton.”

“Dr. Tugwell was a very hard worker for the state and the farmers,” Steinkraus said. “He was across the state in the Delta constantly. And this was when he was not that young.

“Most of all, Tug was a gentleman in the truest sense of the word,” Steinkraus said. “After he retired, he worked as a volunteer to help people in the community.”