LITTLE ROCK — As the Arkansas soybean harvest drew to a close, both cash and December booking market prices remained above $12. 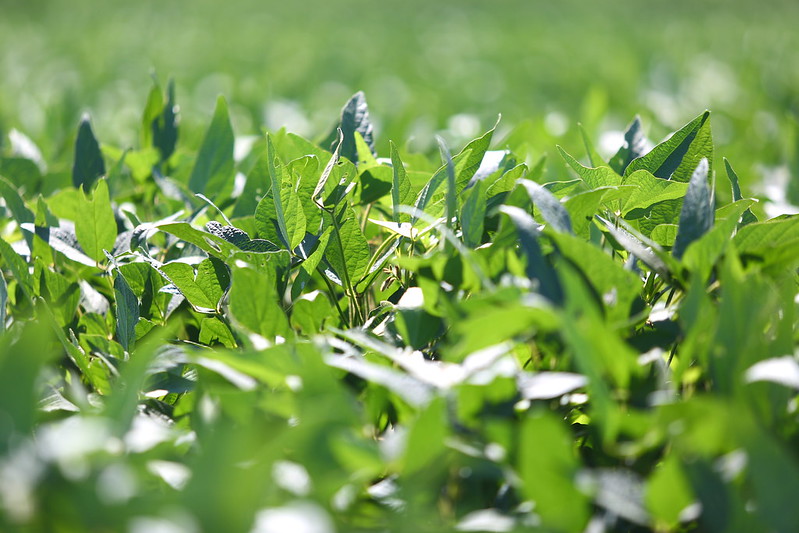 INTERESTING TIMES — After a year of tumultuous weather turns, a run of relatively clear weeks, from the end of October through mid-November helped finish out the harvest season. As of Nov. 12, the U.S. Department of Agriculture reported 94 percent of the state’s approximately 3.1 million soybean acres had been harvested, just better than the five-year average for this point in the season.

After a year of tumultuous weather turns, a run of relatively clear weeks, from the end of October through mid-November helped finish out the harvest season. As of Nov. 12, the U.S. Department of Agriculture reported 94 percent of the state’s approximately 3.1 million soybean acres had been harvested, just better than the five-year average for this point in the season.

“Frequent rain events during the spring delayed planting meant many were only able to get fieldwork and planting done two or three days out of seven, over several weeks,” Ross said. The record rain event in June impacted more than 600,000 acres in southeastern Arkansas, with about half of that acreage in soybeans.

“A significant amount of the soybean acreage had to be replanted,” Ross said. “ Not only did soybean producers have to incur additional inputs to replants, many saw a reduction in yield due to planting later than normal.

“Even at the end of the season, we had warmer than normal temperatures” that ultimately caused quality problems and reduced harvest efficiency, he said.

Pressure from insects — chief among them, the fall armyworm — also affected Arkansas soybean production, as well as other aspects of life in the state this year.

“Entomologists were fielding calls not only from row crop producers, but also forage producers and homeowners,” Ross said. “Luckily, we have several control options for armyworm in soybean, and there was very little impact on the final soybean yield due to this year’s armyworm outbreak.

“Due to delayed plantings and a large acreage replanted in southeast Arkansas after the June flooding, we did see some areas with heavy corn earworm and stink bug infestations,” he said. “Many of these late-developing fields did receive applications to control these two pests, but this might not have been as big an issue if these fields had earlier planting dates.”

Ross said that in considering all variables, 2021 ultimately turned out to be “a normal insect year.”

While soybeans have certainly enjoyed higher prices in 2021 than they have for many years, those prices appeared to fall somewhat in the first week of November. Bob Stark, who recently retired from his full-time teaching and extension faculty position to work part-time as an extension agricultural economist for the Division of Agriculture, said market prices were essentially following normal trends for this point in the season.

“October is normally the lowest monthly average price of any Arkansas soybean marketing year,” Stark said. “The price declines in the first week of November were basically recovered in week two.”

Stark noted that soybean prices had risen 13 cents as of Nov. 15, suggesting a price pattern similar to previous years.

He said many traders looked at the first week of November with expectations that the U.S. Department of Agriculture’s Nov. 9 Crop Production Report would show a higher national yield for the 2021 crop, exceeding the previous record.

“Instead,” Stark said, “the report lowered the predicted national yield to the 2018 record level, 51.2 bushels per acre.”

This decrease was made despite predictions that 13 states, including Mississippi, will have record soybean yields in 2021. Arkansas’ predicted yield was unchanged from USDA’s August estimate of 50 bushels per acre.

“I consider the biggest influence on 2021 crop soybean markets at this point to be exports,” Stark said. “Shipments and commitments, to this point, are down 33 percent from this time in 2020. Reduced Chinese imports of U.S. soybeans are the primary factor.”

Stark said he expects China to delay key purchases for as long as possible. The critical event that typically closes the window of negotiation is the South American soybean harvest, which typically begins in January.

“The first five months of any soybean marketing year are key for the United States, before South America reenters the export market,” Stark said. This ‘shipments and commitments’ number should be closely watched as producers refine and execute their marketing plans.”

Ross said that anecdotally, Arkansas growers are leaning toward increasing soybean acreage in 2022.

“From talking to producers, colleagues, and individuals in the industry, there is talk that there will be more soybean planted in 2022,” Ross said. “From these discussions, it seems that everything pertaining to agriculture, from equipment to pesticides to fertilizer to labor, is in short supply. Compared to the other commodities grown in Arkansas, soybean is somewhat less expensive to produce, requiring no nitrogen fertilizer.”

Ross said that while intentions to grow additional soybean acreage across the country seem strong, growers may encounter challenges due to supply chain disruptions.