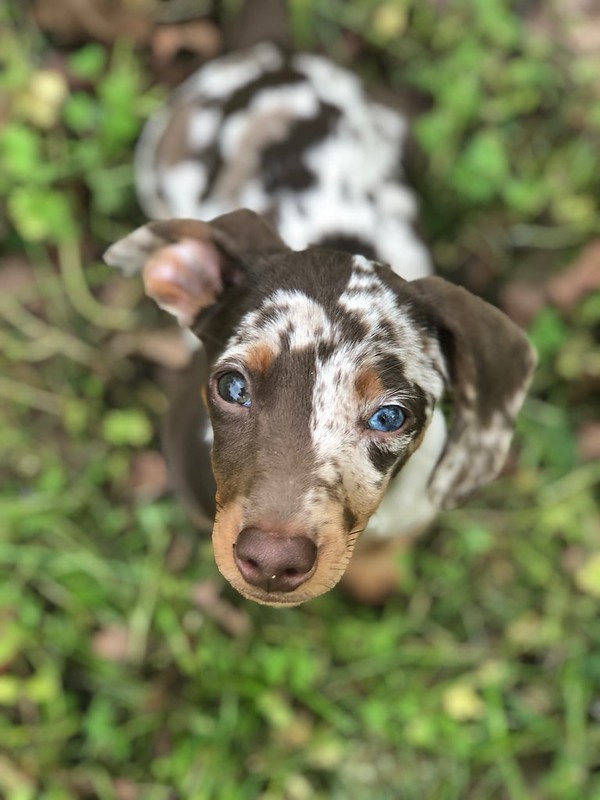 BEST IN SHOW — Laney Hunter, 15, of Hot Springs, won Best in Show in the Ross Photography Contest with this photo of her miniature Dachshund. (Image courtesy by Laney Hunter.)

Her color photo of Daniel, a 1-year-old miniature Dachshund, won Best in Show in this year’s Ross Photography Contest, sponsored by Arkansas 4-H and the University of Arkansas System Division of Agriculture.

This year’s state winners, announced May 1, were selected from county winners from 42 participating counties. More than 400 photos were submitted at the county level, with the county winners advancing to the state competition. Photos depicted Arkansas scenes or subjects.

"Each year the competition gets better,” said Kerry Rodtnick, extension photographer and videographer for the Division of Agriculture, who coordinates the annual competition. “The judges had a hard time narrowing down the winners at the state level, and that's a good sign. The 4-Hers are embracing the training they are getting from the agents at the county level."

Hunter, 15, of Hot Springs, has been in 4-H for a decade and became interested in photography when she was 11.

“That is also the time I started entering my photos in the Garland County fair and Ross Photography contest,” she said. “My Nana (Annette Walters) is the one who encouraged me to pursue my passion in photography, and it is because of her that I am now a state winner.”

Hunter, who captured the winning photo with her iPhone, also won first place in the color photography of living things category.

At the state level, prizes were awarded to the first-, second- and third-place winners in four categories. The Best in Show was selected from the category winners:

This year’s winners are:

The winners received cash prizes, funded by the Arkadelphia-based Ross Foundation. The late Jane Ross and her mother, Ester Clark Ross, established the foundation, which administers a philanthropic grants program and manages more than 60,000 acres of timberland, held for conservation purposes. Jane Ross served in the Women’s Army Corps in the Army Air Force as a photographic technician. She later operated a photography studio in Arkadelphia before she assumed the responsibilities of managing the family lands.

The statewide contest is open to 4-H members ages 9-19. Winning photographs can be viewed on the Arkansas 4-H Photography Facebook Page if you join the Facebook group.