HOPE, Ark. — Cattle breeding experts with the University of Arkansas System Division of Agriculture are urging cattle producers to test the fertility of their bulls before the spring breeding season. 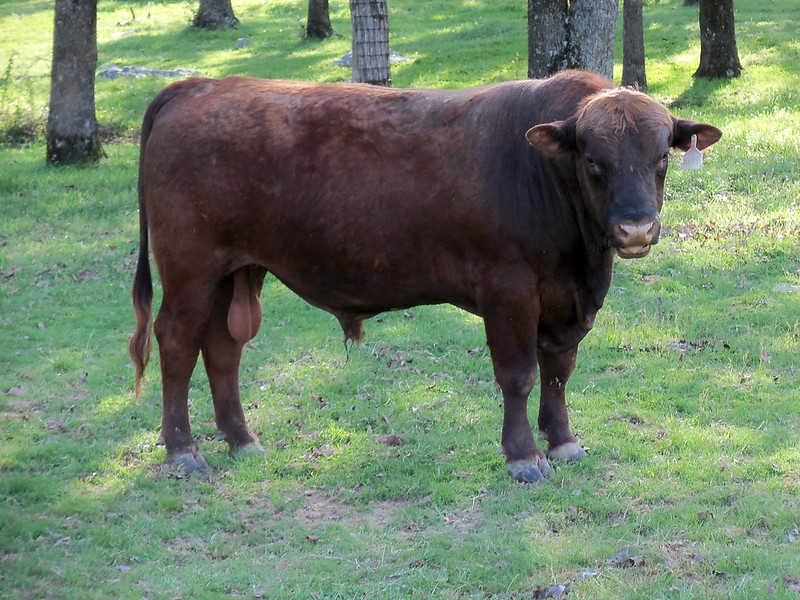 Charles Looney, professor of cattle improvement for the Division of Agriculture, said the unusual freeze event the state experienced in mid-February may have resulted in infertility in bulls that did not have adequate shelter.

From Feb. 15-16, weather stations across Arkansas recorded record-low temperatures, some of which were well below zero.

“When cows get cold, they huddle together and turn their backs to the wind,” Looney said. “In south Arkansas, we saw unusually cold temperatures in February.

“We were worried about bulls that didn’t have good bedding to lay down in,” he said. “So some bulls, their scrotum is just going to be exposed. Anything that affects a bull’s scrotum can affect the fertility of its spermatozoa, which is generated on about a 60-day cycle.”

There are approximately 1 million head of beef cattle in Arkansas, Looney said, with cattle in every county in the state.

“About 80 percent of Arkansas cattle breeders use a spring breeding season, so they’ll be breeding in April and May,” Looney said.

“In most cases, if the fertility has been affected by a cold-weather event, it’s something the bull can recover from,” Looney said. “There may be some frostbite, some scabbing on the scrotum, and there may be abnormalities in the sperm. In most cases, they can recover, but it will take 60 days for that bull to produce new spermatozoa, so we’re going to be right on the line this spring.

“Some bulls may never recover,” he said.

Looney said the most important thing beef cattle producers can do in the intervening period before spring breeding season arrives is to schedule a complete breeding soundness exam, to include testing for Trichomoniasis, with a large animal veterinarian.