FAYETTEVILLE, Ark. — After this winter’s freeze and thaw coupled with the recent rains, many Arkansas landowners have seen their pastures transform into vast acres of mud. 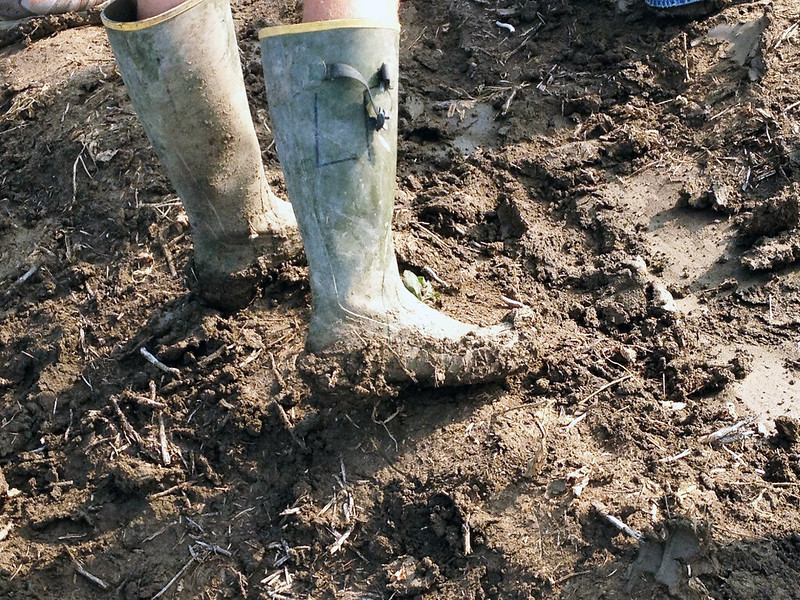 CURRENT CONDITIONS — As winter begins to fade, many Arkansas landowners are confronting muddy conditions in pastures, which can pose a threat to cow and calf health. (Division of Agriculture photo.)

Dirk Philipp, associate professor of animal science for the University of Arkansas System Division of Agriculture, said that wet weather brings with it many challenges for cattle producers.

Although the state has had a chance to dry out after the heavy February snow, portions of Arkansas could see 1-3 inches of rain through the weekend, according to the National Weather Service.

“Cattle are less able to stay warm, may suffer injuries when walking through deep mud, and, of course, we notice now more than ever the tell-tale signs of lameness due to foot rot and abscesses,” Philipp said.

Some challenges, he said, include mud and manure collected around water troughs, feeding areas and areas where cows bed down; cows tending to congregate more in feeding areas, watering areas, and near gates, and more.

“We tend to place troughs near fence lines where we can access them easily, further leading to muddy pits and congregating areas,” Philipp said.

Other challenges associated with raising cattle in muddy conditions include:

Sarah Shelby, a research associate with the Division of Agriculture working with Philipp, said that despite these many risks, they are manageable.

“A proactive approach in management practices during this season can have significant pay offs in animal health, less labor pulling in and treating lame animals, and more pounds on the scale at weaning due to healthier cows with increased lactation and healthier calves with more gain per day of age,” Shelby said.

She said there are many potential solutions to the problems caused by muddy environments, including moving feed bunks and round bales feeders and rolling out round bales in different areas to minimize muddy conditions, preferably on uphill areas.