Consumers save more, spend more on restaurant food in January

Personal income rises in January and so does consumer spending on food away from home.

FAYETTEVILLE, Ark. — Personal income rose in January, as did consumer savings and spending on food outside of the home, according to the February Personal Income and Outlays Report from the Bureau of Economic Analysis.

Compared to December 2020, personal income increased by 10 percent in January. 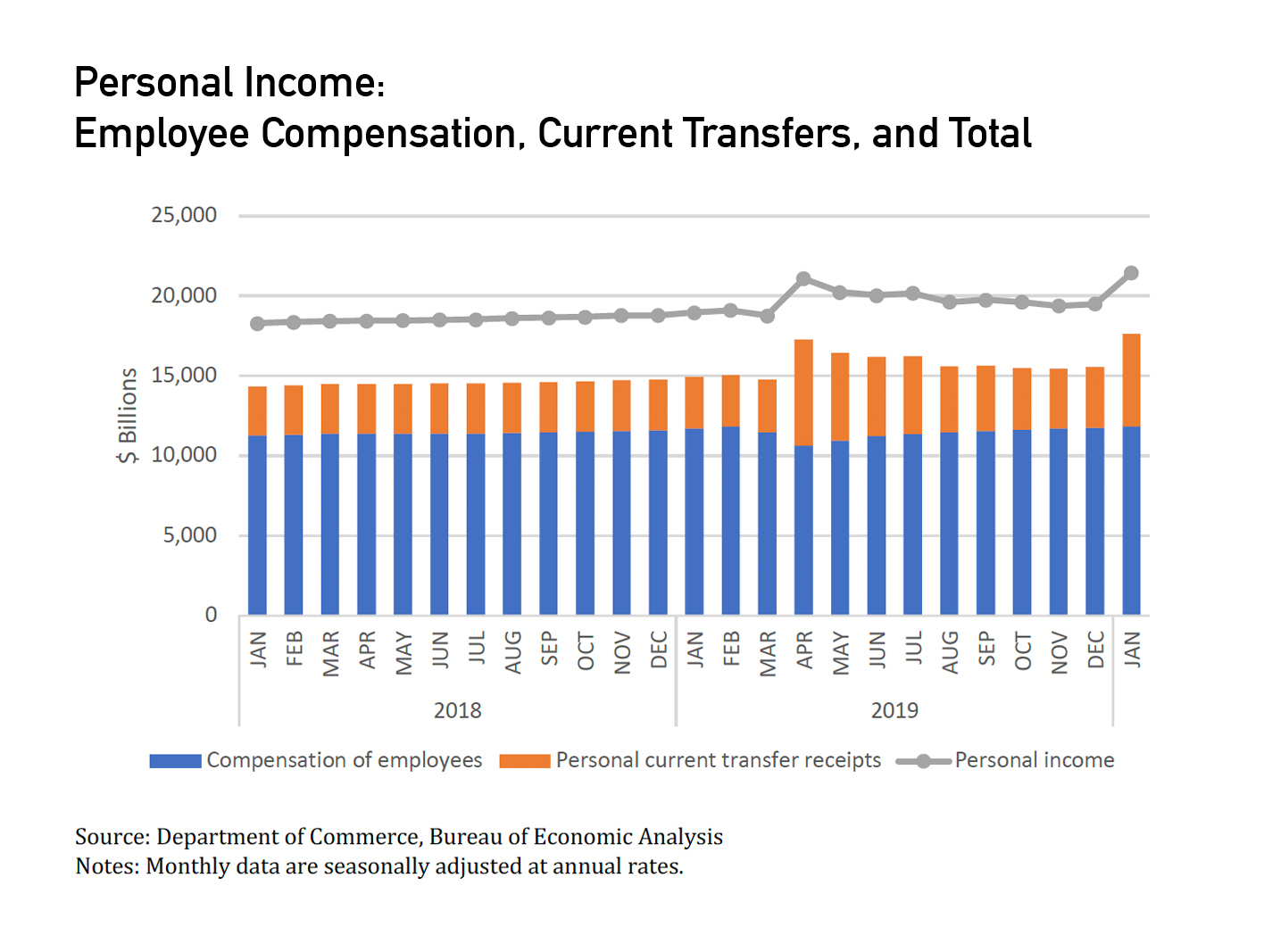 RISING — Compared to December 2020, personal income increased by 10 percent in January.  (U of A System Division of Agriculture image)

“This is quite a large change from one month to another, and it primarily reflects the impact of relief payments to households authorized under the Coronavirus Response and Relief Supplemental Appropriations Act, which went into effect two days after Christmas,” said economist John Anderson. “Government social benefits increased by more than 50 percent in January compared to the prior month.”

Anderson said most of that increase was accounted for by the economic impact payments authorized under that act.

Anderson is an agricultural economist for the University of Arkansas System Division of Agriculture and head of the Agricultural Economics and Agribusiness Department for the Dale Bumpers College of Agricultural Food and Life Sciences. Anderson has been providing analysis of the impacts of the COVID pandemic on the U.S. economy.

The January payments were the second round of relief monies. The first, under the March 2020 Coronavirus Aid, Relief and Economic Security Act were larger than the payments made in January. During the first round, personal income rose 12 percent from the prior month.

Farm proprietor’s income fell by more than 20 percent in January compared to December 2020.

“This drop corresponds to the winding down of round 2 of Coronavirus Food Assistance Program,” Anderson said. “According to the U.S. Department of Agriculture, that program has paid out about $13.3 billion to farmers for a variety of products including commercial row crops, specialty crops, livestock, and poultry. Payments under CFAP2 to Arkansas farmers has totaled $181 million.”

Consumer spending rose just over 2 percent in January compared to the previous month, rising in all major categories, the report said.

COVID restrictions on seating and risk-avoidance by consumers, “appear to still be having a significant effect on consumer spending patterns when it comes to food purchases.  It will be interesting to see how food service spending develops as COVID vaccination increases over the next couple of months,” Anderson said.

With sharply higher incomes and only modestly higher consumer spending, the savings rate for January was up considerably from the prior month.  Anderson said this pattern has been consistent throughout the pandemic, with support payments largely being banked by recipients.

“Pre-pandemic, the personal savings rate averaged between 7 and 8 percent,” he said. “During the pandemic, the savings rate has been as high as 33.7 percent when the first CARES Act payments went out in April 2020, to as low as 12.5 percent in November.

“In January, with the latest coronavirus relief payments hitting consumers’ accounts, the savings rate jumped back up to 20.5 percent,” Anderson said.

To learn more about extension and research programs in Arkansas, visit https://uada.edu/