LITTLE ROCK — The Cooperative Extension Service will lead education and outreach efforts over the next 18 months concerning new guidance from the U.S. Food and Drug Administration regarding the sale and use of antimicrobial drugs used in veterinarian applications. 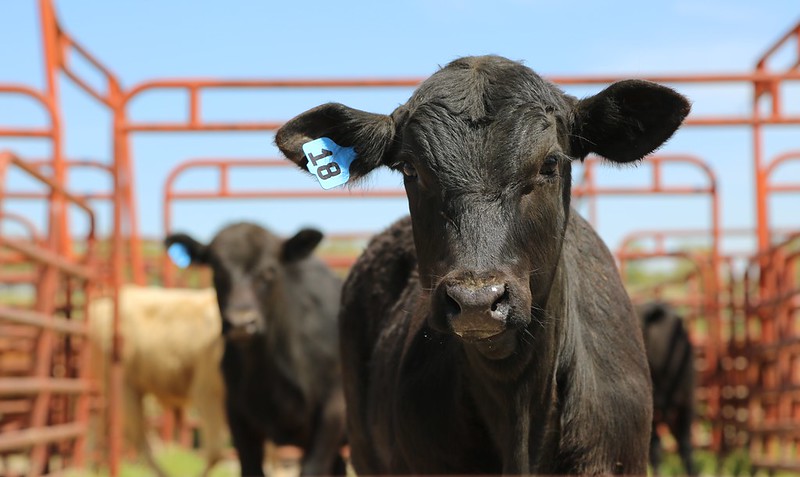 CHANGES ON THE WAY — The Cooperative Extension Service will lead education and outreach efforts over the next 18 months concerning new guidance from the U.S. Food and Drug Administration regarding the sale and use of antimicrobial drugs used in veterinarian applications. (Division of Agriculture photo.)

The Cooperative Extension Service is part of the University of Arkansas System Division of Agriculture.

Heidi Ward, extension veterinarian and assistant professor of animal science for the Division of Agriculture, said that under the new rules, livestock producers will no longer be able to make over-the-counter purchases from feed stores or other retailers.

“What this does is make all antibiotics come under medical supervision,” Ward said. “That means there has to be an established relationship with a veterinarian, and also that the drug has to be used to control or treat disease, and not as a preventative. That’s a big change.

“Producers won’t be able to go to the feed store and pick up antibiotics over the counter,” she said. “Now they have to have a prescription from a veterinarian.”

Ward said she anticipates several challenges for both producers and veterinarians with the roll-out of these new rules.

“For producers, the challenge will be in a more complicated supply chain, and an increased expense in treating animals,” Ward said. “For veterinarians, they may be overwhelmed. We have relatively few food animal veterinarians in Arkansas, and now they’re going to be in even higher demand. Additionally, it’s going to be a challenge simply keeping up with the inventory of these antibiotics, if they’re going to sell them themselves.”

Ward said she and other Division of Agriculture experts will soon begin including educational components relevant to the new FDA guidance in all relevant extension programs, including cattle conferences and sheep conferences.

“We’re also going to working as educational liaisons to the regulatory committees — the veterinary board, the pharmacy board, and the Arkansas Livestock and Poultry Commission,” she said.

That same year, the FDA asked pharmaceutical companies to change the labels of their antibiotic products used in livestock. These drugs were covered under the Veterinary Feed Directive.

“They wanted to address antibiotics in feed first, because anything that goes into the mouth of an animal, a lot of that product is excreted into the environment,” Ward said. “Beef feedlots were a big concern because they produce a lot of urine and feces that can get in the soil and groundwater.”

The new rules concern antimicrobial drugs only. Ward said the new rules would not affect other drugs used in food animal production.

“Medically important antibiotics in feedstuffs are covered by the Veterinary Feed Directive, which is similar to a prescription but not controlled by the state pharmacy board,” Ward said. The new rules changes are focused on injectable and topical antibiotics typically found at feed stores, such as injectable penicillin or oxytetracycline.