ROHWER, Ark. — The Rohwer Research Station in Desha County is known for hosting row crop variety trials as well as pest management and soil fertility experiments. This week it earned a bit of notoriety in another field: weather.

The 19.22 inches of rain recorded at the Rohwer Research Station in Desha County on Tuesday morning represented the second-highest rain total ever recorded in Arkansas during a 48-hour period, according to the National Weather Service. The deluge came during a week of persistent storms that prompted flood and tornado warnings across Arkansas. The one 48-hour rain total ahead of Rohwer’s is the 21.45 inches of rain that fell over two days ending Dec. 4, 1982. 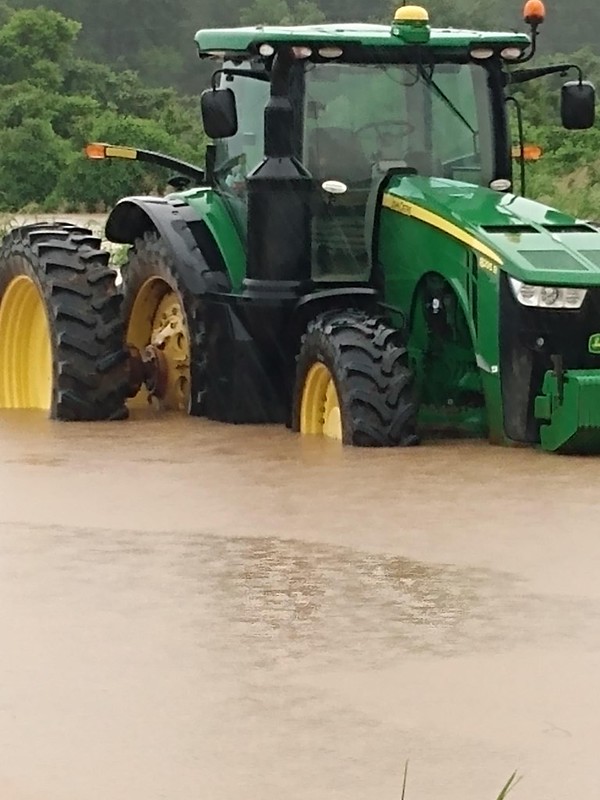 The Rohwer Research Station is one of thousands of locations across the United States that are part of the National Weather Service Cooperative Observer Program. Formed in 1890, the program’s mission is to provide weather data including the daily maximum and minimum temperatures and 24-hour precipitation totals.

“All of this goes into the climate records we keep across Arkansas,” said Sean Clarke, observation program leader for the National Weather Service at Little Rock. “This is how we determine the normals for each state. It’s valuable data for us to have climate data across many years and keep track of it.

“The day-to-day observations are also useful for determining river flooding (levels) and the issuing of river flood warnings as well,” he said. “This also goes into the drought monitor. The data is used to determine what the levels of drought are by the rainfall amounts.”

Rohwer is part of a collection of facilities around Arkansas that perform the land grant research function within the University of Arkansas System Division of Agriculture.

Clarke said his office has been working with the experiment stations for decades. In addition to Rohwer, the weather service gets daily measurements from the Fruit Research Station in Clarksville, the Rice Research and Extension Center in Stuttgart and the Livestock and Forestry Research Station at Batesville. Clarke also said the campus police department at the University of Arkansas at Monticello is also part of the Cooperative Observer Program.

The Division of Agriculture’s Southwest Research and Extension Center in Hope has been an observer for the National Weather Service in Shreveport for more than 75 years. Hope is within the Shreveport office’s warning area.

Clarke said stations such as Rohwer use equipment provided by the National Weather Service.

“It’s low tech, compared to what is available now,” he said. Without electronic inputs or other connections, Clarke said “It’s more reliable. There’s nothing to break. We measure the rain with a cylinder that’s 8 inches in diameter and put a measuring stick in it every day.”

Larry Earnest, director of the Rohwer station for the Division of Agriculture, said several people share the job of measuring and reporting the findings. He said the rain gauge has been at the station since 1958 or 59.

Earnest said that when he and program associate Scott Hayes emptied the gauge on Monday, it read 9.25 inches. On Tuesday, they noted 9.97 inches, adding up to their almost-record total. Randy Spurlock also shares in the reporting duties and has since 1995.

Earnest said the effects of the heavy rain and flooding on the research plots was “disheartening.” However, on Wednesday afternoon, he said water levels in the field had “already fallen by 6-8 inches. Tonight, we hope most of the water will come off the cotton and hope the soybeans will be OK.

“I may be a little more optimistic than I need to be,” Earnest said.

Rohwer is important as a data point for the National Weather Service.

“We don’t have a lot of observers in southeastern Arkansas,” Clarke said, adding that the weather service is always looking for volunteers around Dumas and McGehee to help record and report weather information. For more information about the observer network visit https://www.weather.gov/lzk/observer.htm