(Newsrooms: with file art of the show over the years at https://bit.ly/3pHjk6K)

LITTLE ROCK — For nearly three decades, the spectacular gardens and rich educational sessions at Arkansas Flower and Garden Show provided both a reprieve from winter and an inspiration to gardeners for the spring to come.

On June 4, the Arkansas Flower and Garden Show board announced on Facebook that the show was at its end. 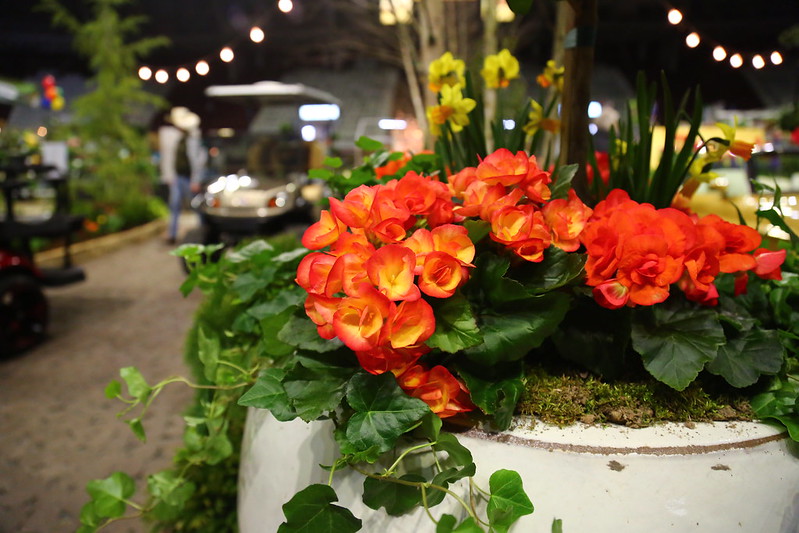 BRIGHT — Each year, the Arkansas Flower and Garden Show brought a bit of early spring to winter-weary Arkansans. (Image by Ryan McGeeney.)

“After much thought and consideration, the Arkansas Flower (and) Garden Show board has voted to no longer hold our annual Arkansas Flower and Garden Show,” the post said. “We appreciate the support of exhibitors, board members, volunteers and guests who have supported and participated in the show over the past 30 years.”

Decreasing attendance and rising costs were among the many reasons for the show’s demise.

“The AFGS started in 1992 with a wish and a prayer, and a whole lot of hard work from a very small group of people,” Janet Carson, retired extension horticulture specialist for the University of Arkansas System Division of Agriculture, said in a blog post.

Carson, and the late Ken Scott, also a former extension horticulture specialist for the University of Arkansas System Division of Agriculture, visited nurseries and spoke with the Federation of Garden Clubs and the Arkansas Farm Bureau. They enlisted members of the then-four-year-old Master Gardener program, plus Arkansas 4-H to help with activities. The first show was at Robinson Center.

Carson said more than 7,500 came that first year “and we were thrilled.” 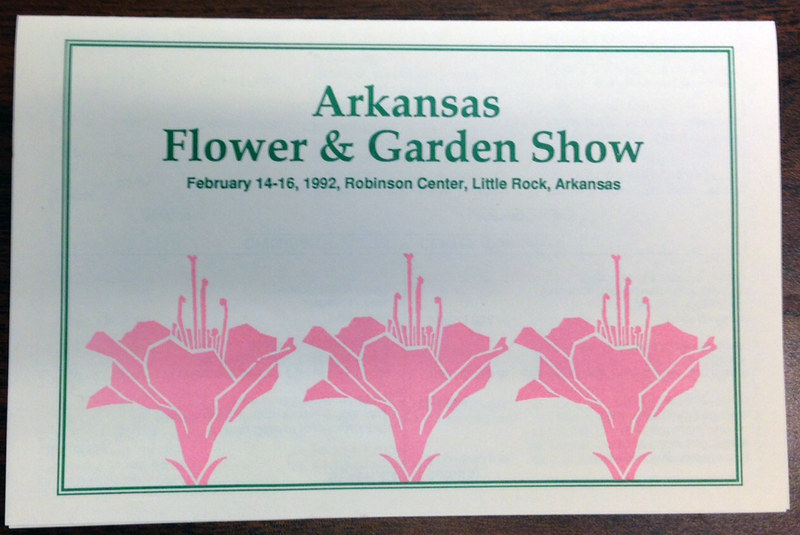 Cover of the 1992 Arkansas Flower and Garden Show program. It was the first of a series of annual shows.

The show continued growing and eventually took over all the halls and the upstairs at the Statehouse Convention Center. At its peak, the three-day show drew more than 13,000 people.

“My students and I loaded up like the Joads heading to California in ‘Grapes of Wrath’ that first year and helped establish the standards for the garden displays,” he said. “The show was always a favorite of the crowds that saw nature’s beauty a few weeks before spring officially arrived. It was a lot of work and the Master Gardeners who worked so tirelessly through the years made it work.”

Klingaman was proud that the show helped fund education and proceeds from the show also funded grants for beautification projects around Arkansas through the Greening of Arkansas program.

“It was never very well publicized, but every year scholarships were given to students at colleges around the state who were studying a curriculum in the garden arts,” he said. “Through these students. the Arkansas Flower and Garden Show lives on in the successes they achieve during their careers.”

Krista Quinn, an extension horticulture agent based in Faulkner County, was one of the first scholarship recipients.

When asked if the scholarship helped her to a career in horticulture, she said, “absolutely.”

She went on to be executive director of the show for a decade.

“It was really rewarding to see how many students and communities we helped with scholarships and Greening of Arkansas grants for beautification projects,” Quinn said. “Arkansas is a greener, more beautiful place because of the Arkansas Flower and Garden Show.”

“I definitely want to acknowledge the contribution of Arkansas Master Gardeners to the show. They helped set up the show, manned ticket booths, directed traffic, ran a package holding service, scheduled and introduced speakers, collected attendee surveys, and helped clean up at the end every year,” Quinn said. “They were dedicated, always courteous, and kept the show fun. Master Gardener support of the show never wavered, even in the last few years.”

Quinn said the show had many of the same volunteers and vendors each year.

“It was a little bit like an annual family reunion,” she said. “It was great to get to catch up with everyone and laugh and work together to create a fun and exciting event.”

However, a big show that requires scores of dedicated volunteers and long, long days for show board members, can’t survive on enthusiasm alone.

Randy Forst, a current board member and Pulaski County extension staff chair for the Division of Agriculture, said setting up elaborate gardens was expensive and labor-intensive for nurseries. Show attendance slowly eroded over the years and the show’s move from downtown Little Rock to the Arkansas State Fairgrounds wasn’t universally embraced.

As for the future, Forst said “there are other options out there, and we’ll decide that at the next board meeting.”

Maybe after almost 30 years, the show has run its course,” he said.

As Klingaman said, “it was quite a run.”