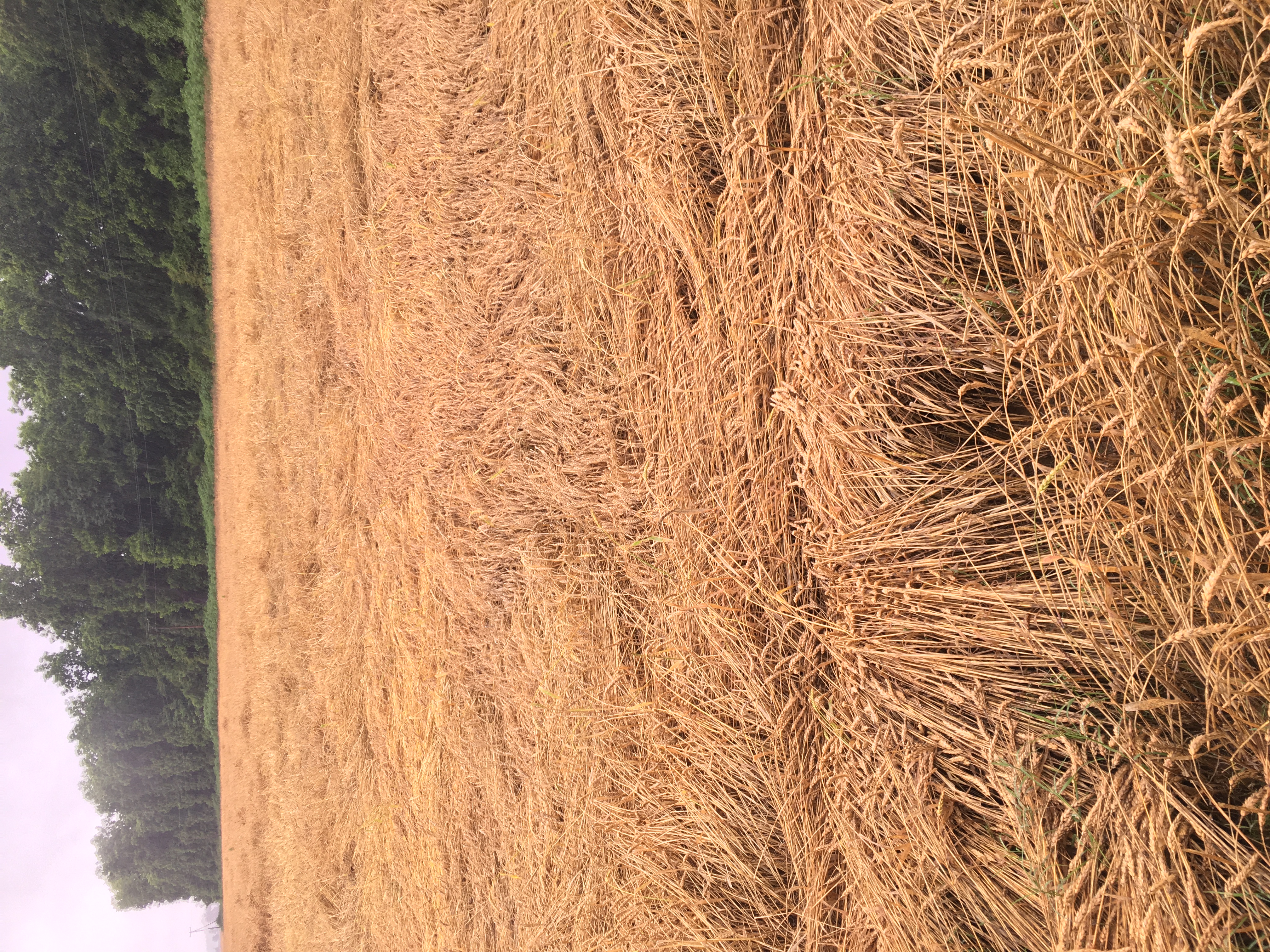 BLOWN DOWN — Heavy rainfall June 6-9  impacted many Arkansas counties. By Wednesday morning, more than 13 inches of rain had fallen in Desha County and some adjacent counties in both Arkansas and Mississippi. Between one and five inches of rain had fallen over most counties in the central and southern thirds of the state. (Image courtesy Kurt Beaty.)

“A week ago, we were needing the rain,” John Farabough, Desha county agricultural extension agent, said. “We went from powder-dry dust to four inches of standing water, minimum, everywhere.”

Desha County, along with most of the Delta Region and more than two-thirds of the counties in Arkansas, received extraordinary amounts of rain over the weekend and well into this week, continuing through Wednesday morning.

Tuesday morning, the National Weather Service issued a flash flood warning for the southern half of Arkansas, as well as adjacent portions of Louisiana and Texas. By Tuesday afternoon, the service issued a significant weather advisory for portions of Bradley and Clark counties, predicting heavy rain, half-inch hail and winds in excess of 40 mph.

“I’ve seen soybeans, corn, and rice in floods where you can’t even see the levees out in the rice field,” Farabough said. “In Dumas, they’re shutting a lot of businesses, just because so much of the flooding has backed up.”

“We’ve got definite flood damage in Altheimer,” Beaty said. “In Cornerstone, they got about eight inches of rain.”

Spring rains are, of course, nothing new to Arkansas. But the intensity of the past week’s rain comes at a time when most of the state’s row crops are not only planted but emerged, according to a June 7 report from the U.S. Department of Agriculture’s National Agricultural Statistics Service.

Wheat
Jason Kelley, wheat and feed grains agronomist for the University of Arkansas System Division of Agriculture, said that much of the state’s wheat crop is mature and nearly ready for harvest, making it particularly vulnerable to saturating rains.

“Any rain after maturity is never a good thing,” Kelley said. “And we’ve had a lot of rain all through the season. We’ve had trouble getting the fertilizer out — wet fields can reduce yield just because of poor drainage, and we’ve had some of that as well, but the real kicker is what’s happening right now.”

Wheat purchase prices, approaching $7 a bushel, are higher than they’ve been in about a decade, Kelley said. But kernels damaged by rain conditions could mean substantial from buyers, or even wholesale rejection of the grain.

“We’re still waiting to see what the total impact of this rain will be, but lower test weight is the big concern,” Kelley said. “Farmers get docked for low test weight wheat. and the dockage can get pretty steep. If the price gets really low, it might not even sell.”

Corn
Kelley said the heavy rains will likely affect proper fertilization for some of the state’s corn crop.

“A lot of corn growers would normally be trying to irrigate right now,” Kelley said. “In that sense, the rain is good. The bad part is that we’ve still got some people still trying to get fertilizer out, or they may be doing some late spraying for weeds, so that’s a problem.

“If you’ve got a lot of saturated soil like that, even if you’ve already got your nitrogen fertilizer out, well, when it goes underwater like that, you may lose some of that nitrogen,” he said.

“The bigger issue I’ve seen so far, however, is wind damage,” Kelley said. “We’ve got some fields that are blown over or leaning — that’s going to have an impact on yield.”

Kelley said that some fields have many corn plants that have experienced “green snap,” in which the corn stalks themselves snap and break.

“The corn is at a stage where it’s rapidly growing, without the root system to really anchor it,” he said. “Some may stand back up, that remains to be seen.”

Rice
Most of the state’s approximately 1.4 million acres of rice is grown in flood conditions, making a rain event like the one Arkansas is experiencing this week less impactful for the crop.

Jarrod Hardke, extension rice agronomist for the Division of Agriculture, said the primary concern is the reliability of the levees that contain the crop’s controlled flood state.

“In fields where we have already fertilized and flooded we’ll lose the flood and both nitrogen efficiency and weed control,” Hardke said. “Many fields we haven’t flooded and need to, we’ll be forced to get it dry enough to repair levees before we can fertilize and flood.”

If water from the storms doesn’t drain off within a week, growers may face stagnant water conditions which can impact the crop’s survival, Hardke said, although rice can usually survive such a scenario for 10 days.

“Excessive rainfall amounts like some have experienced is never a good thing,” Robertson said. “Sometimes even a quick four-inch rain can present issues with standing water in fields and prolonged wet field conditions.  Some have experienced three to four times this amount.”

Robertson said that some aspects of the cotton growing season had “just gotten back up to speed this week,” although many growers are still struggling to control Palmer amaranth, commonly known as pigweed, and other pests including thrips.

“At this point of the season, almost everything on the farm revolves around pigweed control,” he said. “Pigweed control has not gone as planned this year and the current weather situation is making things worse.

“While we take the rain when we can get it, we are anxious for some bright and sunny days to enable our crop to try and make up some ground lost during the cold weather experienced during Memorial Day weekend,” Robertson said.

The longer-term forecast from the National Weather Service at Little Rock shows something of a reprieve from the waterworks, with the chance for rain in its warning area decreasing to 20-30 percent starting Thursday night through Sunday.