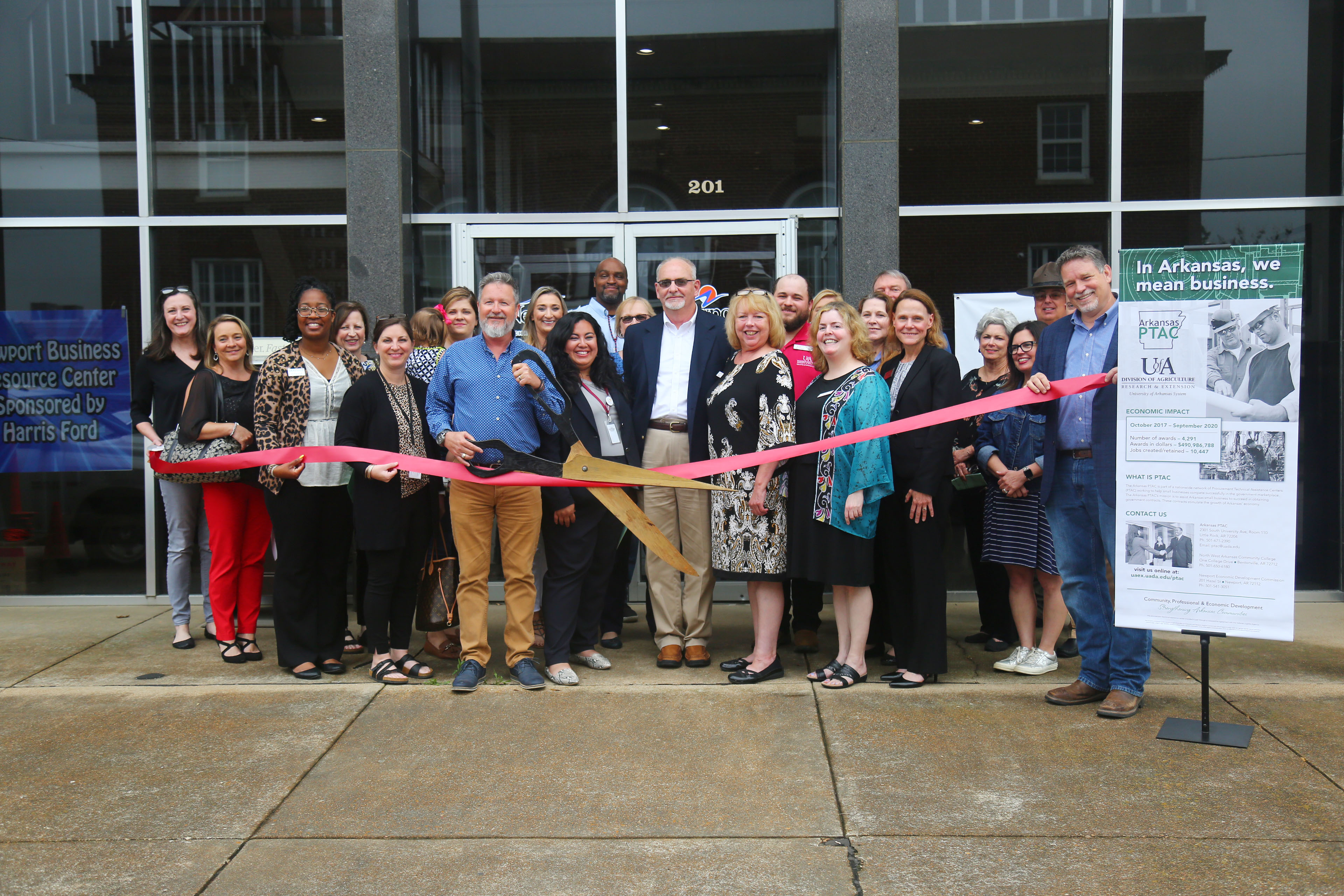 The satellite office will be headed by Debra Garcia, who serves as both a PTAC procurement counselor and program associate for the University of Arkansas System Division of Agriculture. Garcia, along with other employees of the Cooperative Extension Service and members of the Newport and Jackson County business communities, held a ribbon-cutting ceremony at the new office location on June 2. About 30 people attended the event.

The satellite office is located inside the Newport Economic Development Commission building at 201 Hazel St in Newport.

Jackson County saw employment decline 6 percent from 2007-2018, according to the most recent Rural Profile of Arkansas.

Henry Kimbrough, CEO of Taylor and Kimbrough Funeral Home in Newport, said Garcia had worked with him directly to help navigate the government contracting process in 2017.

“She came all the way out to Helena, Arkansas, and walked me through a 100-page document,” Kimbrough said. “My eyes were crossed. She said, ‘we’re not going to let you fail.

Stronger through government contracts
Arkansas PTAC’s mission is to help small and local business owners learn how to secure government contracts for goods and services at the local, state and federal levels. PTAC is federally funded through the U.S. Department of Defense’s Defense Logistics Agency and is locally funded and administrated through the Division of Agriculture Cooperative Extension Service’s Community, Professional and Economic Development Department. It’s part of the Division of Agriculture’s land grant outreach mission.

While Arkansas PTAC is headquartered in Little Rock, the program supports businesses in all 75 Arkansas counties. By establishing a satellite office in Newport, Garcia said the program would be more convenient to business owners operating in that area, eliminating the necessity to and from Little Rock.

“The northeast corner of the state, and especially Jackson County, are distressed areas,” Garcia said. Distressed areas are defined based on income and unemployment rates.

“We really want to get the money from contracts and jobs in the counties to drive employment,” Mabry said. As an example, Mabry described a visitor’s center built in nearby Fulton County, commissioned for $2.4 million.

“Only $23,000 of that stayed in Fulton County,” Mabry said. The rest, he said, went to a contractor in Louisiana. Part of PTAC’s goal is to help local businesses win similar contracts, keeping more of the money in the communities they serve.

In addition to the Newport site and the Little Rock headquarters, Arkansas PTAC also has a satellite office in NorthWest Arkansas Community College in Bentonville.