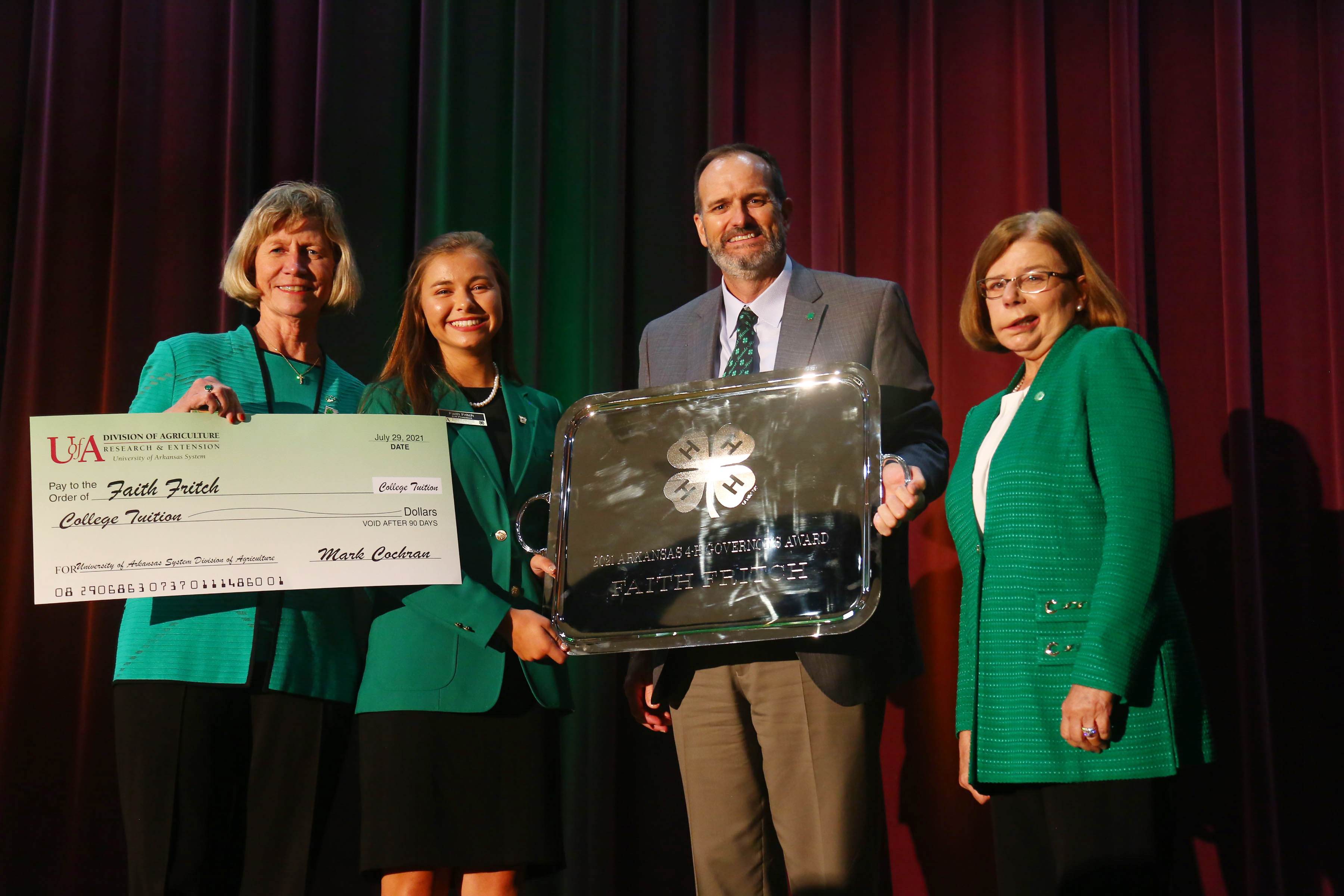 “It is always a tough decision for our judges because at this level, they are all so accomplished and have served their communities in such meaningful ways,” said Angie Freel, associate department head for 4-H.

Last month, Arkansas Gov. Asa Hutchinson and his wife, Susan, hosted a luncheon for the finalists at the Arkansas Governor’s Mansion.

“Each of this year’s four finalists has enriched the 4-H program in a special way,” Gov. Hutchinson said in a recorded message played at the awards ceremony Thursday night. “I’m proud of each of you and the way you represent Arkansas and 4-H.”

Fritch, who served as the 2020-2021 Arkansas 4-H state president, attends Henderson State University, where she is majoring in psychology and minoring in music. Her main 4-H project is performing arts. She has studied violin for nine years and voice for four years and has competed at the county, district and state levels. In 2019, she performed during the opening ceremonies of the National 4-H Congress in Atlanta.  She now plays with Henderson State’s strings ensemble and is part of the university’s Chi Alpha worship ministry.

Aside from performing, Fritch is also an award-winning marksman and competed nationally in shooting sports.

“Through 4-H, I’ve had many successes, but my favorite success was having the honor of being elected Arkansas 4-H state president,” she said. “I’ve been able to meet people all over the United States.”

To learn about 4-H and other extension programs in Arkansas, contact your local Cooperative Extension Service agent or visit www.uaex.uada.edu. Follow us on Twitter at @Arkansas4H.