LITTLE ROCK — As they say, there’s no accounting for taste. 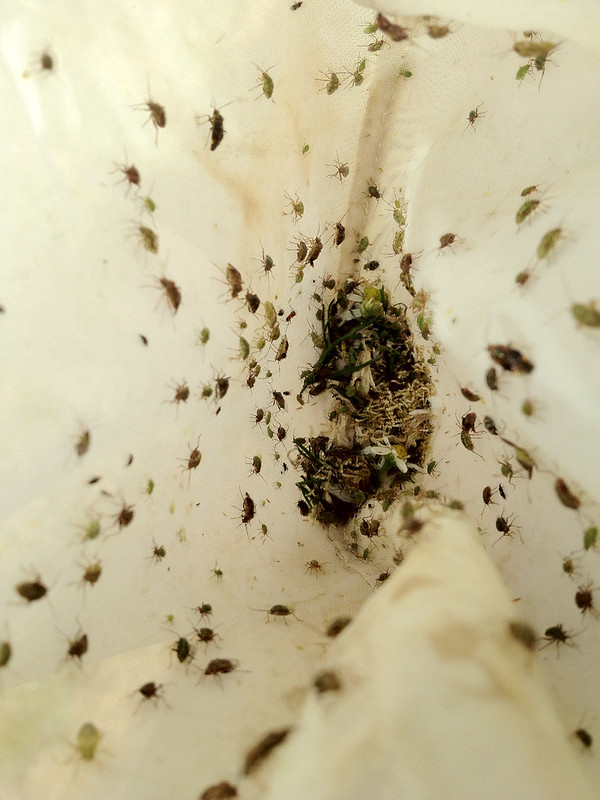 SUMMER TRAVEL — Plant bugs — like the tarnished plant bugs in this file photo — are on the move in Arkansas, and researchers are finding them in unusually high numbers in cotton. (Division of Agriculture photo.)

Plant bugs, a perennial pest of Arkansas cotton, spend much of June and early July feasting on the silk of corn while it’s still green, the plants still weeks from harvest. As seed is set on corn and the silks begin to dry however, plant bugs begin to wonder what else might taste good in the neighborhood.

As with most insects in row crops, there is an established control threshold — the point at which enough insects are attacking a crop that it becomes more profitable to apply pesticides than to simply leave a field be. Gus Lorenz, extension entomologist for the University of Arkansas System Division of Agriculture, said current levels of plant bugs are more than five times the established threshold in many parts of Arkansas.

“Our threshold for plant bugs in cotton is eight bugs per 100 sweeps,” Lorenz said, referring to the practice of scouting a crop and sweeping a large net across the plants. “Right now, it’s not uncommon to see as many as 12-15 per 25 sweeps.

“It may be one of the highest populations of plant bugs we’ve seen in several years,” he said. “The numbers are extremely high, even in pre-blooming cotton. It may get a lot worse when we get into blooming.”

Bill Robertson, extension cotton agronomist for the Division of Agriculture, said growers and consultants in central Arkansas and elsewhere are keeping a close eye on cotton that borders corn, monitoring the movement of plant bugs from the latter to the former and their effect on “square retention” — the proportion of flower buds retained by the plant — and fruit damage.

“Many growers have done a good job of maintaining square retention, pre-flower, so far this season,” Robertson said. “The problem is that the invasion can sneak up on a grower. You’ve got a whole wave of adults coming in that haven’t been exposed to previous pesticide applications. It’s something that will sneak up on you, and you’ll lose control if you’re not careful.”

Both Lorenz and Robertson emphasized the importance of scouting cotton multiple times a week over the next several weeks.

“Corn’s at that stage where the silks are drying down, and we’ve got a ton of corn out there,” Robertson said. “We’ve had a couple of cooler days that might have helped keep the corn silks green, but now that it’s turning really hot, the corn silks are drying down, so there’s this mass exodus of plant bugs. This year, Gus (Lorenz) is seeing them moving in higher numbers than normal.”

“From here on out, cotton’s going to keep putting on fruit as long as it can,” he said. “That lush, new fruit — or squares — is like candy to a plant bug. And they’re going to stay in the candy store.”

Early- to mid-July is typically a busy time for Arkansas cotton growers. In addition to pest management, growers are trying to put out their final applications of fertilizer and getting their lay-by applications of herbicides in place to set the stage for irrigation.

“I’ve always heard we’re never more than 10 days away from a drought in Arkansas,” Robertson said. “But with our late-planted — and even later-maturing — cotton crop this year, coupled with a poor root system, it may be more like seven days away from a drought this year. Everything’s really critical right now, in terms of timing, to not letting go of any yield potential, as we may be headed toward a year with only average yields.”