FAYETTEVILLE, Ark. — There are some things that, even when you know it’s coming, no one’s happy when it gets here. 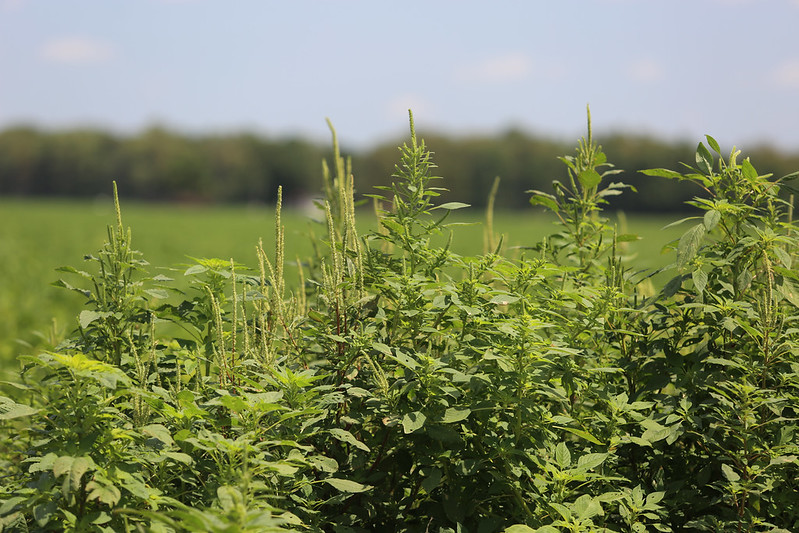 On Monday, researchers with the University of Arkansas System Division of Agriculture announced they had confirmed a strain of glufosinate-resistant Palmer amaranth — commonly known as pigweed — in Mississippi County.

Glufosinate, an herbicide marketed under the name Liberty, is one of the few remaining chemistries that are effective in controlling pigweed in soybeans and other crops.

“We have put a lot of selection pressure on glufosinate the last 10 years or more, so no, it is not surprising,” Barber said, “and likely was inevitable.”

“Issues with glufosinate failing to control Palmer amaranth started in 2019 in Crittenden County,” Norsworthy said. He and his team have been working to confirm resistance in this population over the past year.

In the Feb. 15 article, the authors noted that in the summer of 2020, two fields in Mississippi County that had received three applications of glufosinate did not effectively control pigweed in the area. Researchers collected seed from both sites, and took the samples to Fayetteville to overwinter in a Division of Agriculture research greenhouse.

“This finding will represent the first documented case of broadleaf resistance to glufosinate herbicide in the world,” Barber wrote.

As much of modern row crop production hinges on effective weed control, increasing resistance to existing technologies could augur more difficulty in maintaining yields and profitability for farmers in the United States and elsewhere.

“In cotton or soybean crops, the options are limited, especially post-emergence,” Barber said. “We recommend using two effective residual herbicides at planting for residual pigweed control in both crops, plus paraquat at planting to make sure we start clean.”

Paraquat is marketed as Gramoxone.

Barber said dicamba is an option for post-emergent pigweed, although the Arkansas State Plant Board has implemented a May 25 cut-off date. Further, the availability of dicamba often seems in jeopardy, one year to the next, as the U.S. Environmental Protection Agency and various courts have offered contradictory decisions and reversals over the last several years. The Enlist system can also provide an option for post-emergent weed control for pigweed, he said.

“The best plan is to rotate to corn or rice on the acre if possible as well as remove all pigweed escapes, which will reduce seed returning to the seed bank,” Barber said.

Butts emphasized the need for growers to help slow herbicide resistance in weed populations by avoiding overreliance on individual methods of control.

“Now, more than ever, it is a must to diversify weed control strategies and implement an integrated weed management approach including cultural, mechanical, and preventative tactics,” Butts said.

To learn more about row crop agriculture in Arkansas, visit the Arkansas Row Crops Blog at https://arkansascrops.uada.edu/. For the most up-to-date weed science information, visit http://uaex.uada.edu/weeds.