LITTLE ROCK — Temperatures plunged to record lows across Arkansas Tuesday morning, falling to single digits or even negative numbers, even in the southernmost reaches of the state. 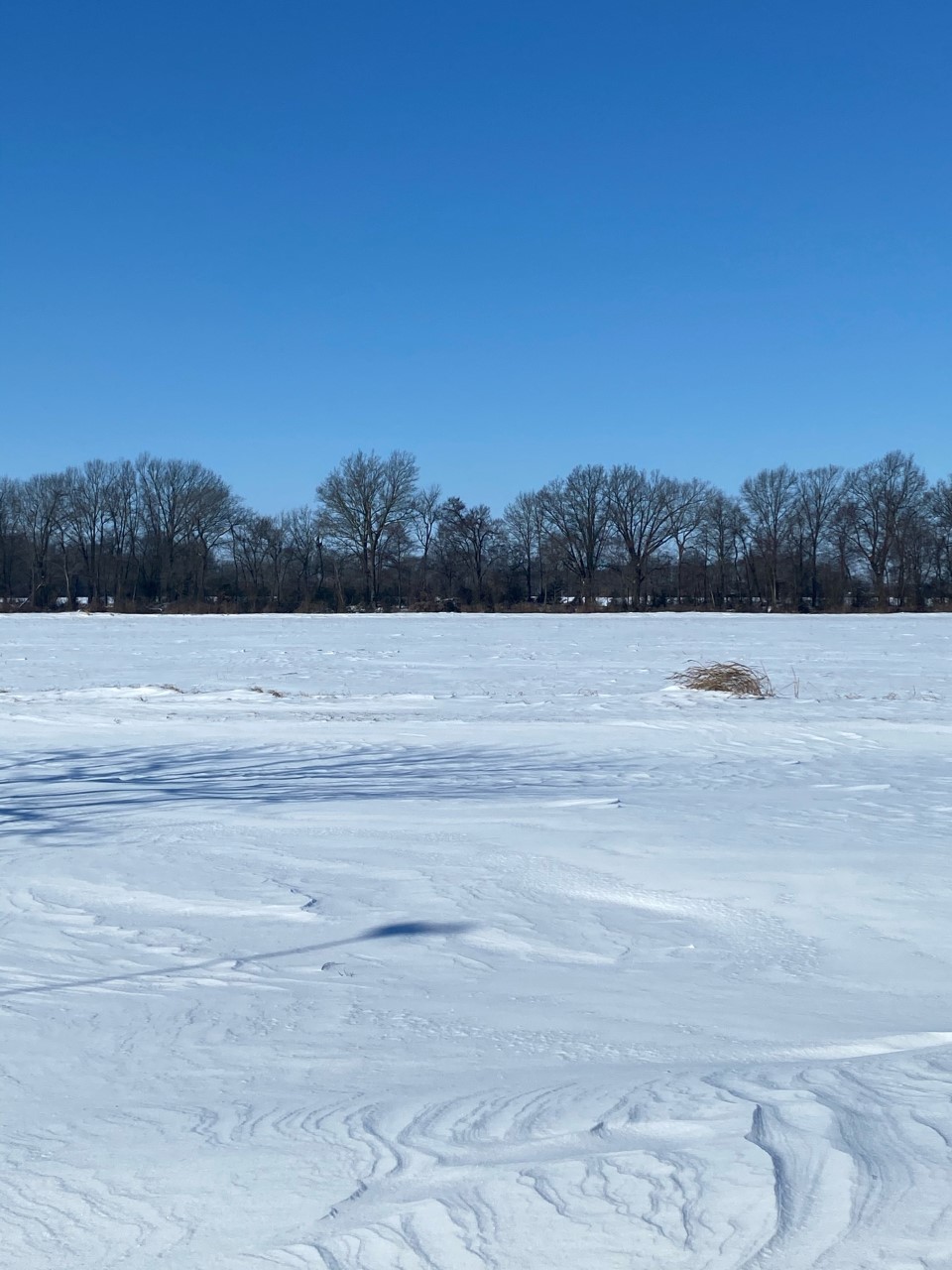 FROZEN OVER — Snow covers a field in Jackson County, Arkansas. Record-low temperatures were recorded in locations across the state Tuesday morning, breaking previous records by more than 10 degrees in some areas. (Image courtesy Matthew Davis.)

Jeff Hood, meteorologist for the National Weather Service in North Little Rock, said some areas of the state reported lows more than 10 degrees below previous records.

Fayetteville recorded a record low on Tuesday morning of minus 19 degrees, only narrowly beating a record set in 2011 of minus 18 degrees. Similarly, Jonesboro beat its previous low of 2 degrees, sinking to minus 1.

While records were narrowly beaten in the northern tier of Arkansas counties, central and southern Arkansas saw even more drastic temperature drops.

“For the last seven to 10 days, the northern United States has experienced significant cold air,” Hood said. “This cold air mass was able to work its way south into the middle part of the country, which is not unheard of, but the intensity of the cold air and the duration the cold air has lingered, is remarkable.”

Extension agents with the University of Arkansas System Division of Agriculture Cooperative Extension Service reported significant snowfall in counties throughout Arkansas, with many producers concerned about impacts on poultry and cattle operations. (See our previous story at https://bit.ly/3qD2R2Q.)

Matthew Davis, staff chair for the Jackson County extension office near Newport, said that while he hadn’t received any notice of widespread infrastructure damage in his county, the frozen ground would likely affect any efforts at field preparation that would otherwise be taking place in the month before spring planting typically begins.

“The amount of snow we have gotten [and] will get will leave ground wet for a while,” Davis said. “Unless we have a drastic change in weather patterns, it could delay some early field work that is typically going on at the first of March for row crop farmers.

“Livestock producers are hit hardest,” Davis said. “Moving hay, providing shelter, keeping water thawed and dealing with the birthing of livestock, etc. Conditions like this make things very tough. They have no choice but to keep on working.”

Amanda McWhirt, extension horticulture crops specialist for the Division of Agriculture, said that there will likely be damage to annual and perennial fruit crops in Northwest Arkansas. A full assessment of that damage will be forthcoming, she said.

Hood said the temperatures, while dire, will likely be short-lived.

“By the end of the week, we’re going to start to see things go in the other direction,” he said. “It won’t be overnight; it won’t be at the flip of a switch. In some locations, we’ve got 10-20 inches of snow on the ground, so it’s not like we’re just going to start over, and spring’s going to be right around the corner. It is going to take some time.”

Jeremy Ross, extension soybean agronomist for the Division of Agriculture, said early soybean planting in the southernmost Arkansas counties, which typically begins in mid-March, will likely be unaffected.

“We’re supposed to be in the mid-50s by next week,” Ross said. “Everything’s at a standstill right now anyway. We’ve still got plenty of time.”