FAYETTEVILLE, Ark. — Robert “Bob” Frans, Emeritus Distinguished Professor in the University of Arkansas System Division of Agriculture and the Dale Bumpers College of Agricultural, Food and Life Sciences died Jan. 11 in Fayetteville. He was 93. 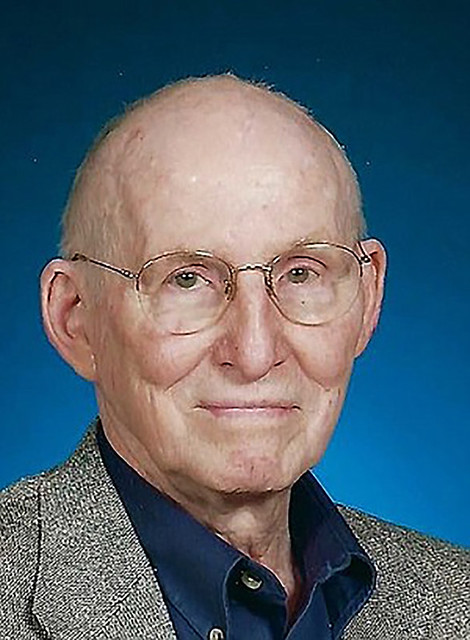 Frans joined the faculty of the Arkansas Agricultural Experiment Station, the Division of Agriculture’s research arm, and Bumpers College in 1955 as assistant professor of agronomy. The department of agronomy is now the department of crop, soil and environmental sciences.

A highly effective researcher, teacher and spokesman for agriculture and weed science, not only in Arkansas but also across the United States and internationally, he published many scientific articles in professional journals and university publications.

Frans is credited with founding U of A’s weed science program in the Agricultural Experiment Station and Bumpers College. Frans retired in 1994 as Emeritus Distinguished Professor of agronomy.

Frans was one of the first in the discipline to develop innovative research in chemical weed control in cotton. Through his relationship with the Elms Farming Company and the Altheimer Foundation, the department received funding for endowed chair positions in cotton, soybean and weed science. He established the annual publication "Recommended Chemicals for Weed and Brush Control," and was a leader in the integrated pest management movement.

“Bob was one of the founding fathers of modern weed science in the Mid-South,” said Bob Scott, a weed scientist who is now director of the Cooperative Extension Service for the Division of Agriculture. “His lineage of graduate students is very deep. Many who work in the field today may not even realize what we owe him and a few others from that generation.”

Ford Baldwin, former extension weed scientist recognized industrywide for his expertise and member of the Arkansas Agriculture Hall of Fame, credited Frans for setting a career course for him.

“I was bumping along through undergrad school my senior year with no direction and without a clue what I was going to do in life,” said Baldwin. “I took his weed science course, and it was the first course in my college career that truly captivated my interest. I owe my entire weed science career to the man.”

Frans was the major professor for 46 master's degree and doctoral students, and he published more than 200 scientific articles.

He was invited to attend and speak at many international conferences and became passionately involved with the Bolivian chapter of Partners of the Americas.

Frans was named Fellow of the Weed Science Society of America in 1979 and won the WSSA’s Outstanding Teacher Award in 1980. He served as Southern Weed Science Society president from 1964-65 and earned the SWSS Distinguished Service Award in 1978 and was SWSS Weed Scientist of the Year in 1987. He also served as president of the Arkansas Agricultural Pesticide Association (now the Crop Protection Association), was on the WSSA board of directors and received the U of A Alumni Association Distinguished Award in Research in 1983.

Frans grew up in small towns in Eastern Nebraska. His father was a station agent primarily for the Chicago, Burlington and Quincy Railroad, and his family settled in Belden, Nebraska, where after graduation from high school, he served in the U.S. Army for two years. After an honorable discharge, he earned his bachelor's degree in agriculture from the University of Nebraska in 1950, his master's degree in farm crops from Rutgers University in 1953 and his Ph.D. in botany-plant physiology from Iowa State University in 1955.

About the Dale Bumpers College of Agricultural, Food and Life Sciences: Bumpers College provides life-changing opportunities to position and prepare graduates who will be leaders in the businesses associated with foods, family, the environment, agriculture, sustainability and human quality of life; and who will be first-choice candidates of employers looking for leaders, innovators, policy makers and entrepreneurs. The college is named for Dale Bumpers, former Arkansas governor and longtime U.S. senator who made the state prominent in national and international agriculture. For more information about Bumpers College, visit our website, and follow us on Twitter at @BumpersCollege and Instagram at BumpersCollege.