As an award-winning journalist, Lamar James covered many dark stories of violence, murder and disaster; yet he never lost his sense of optimism and humor, nor the generosity in his heart. James, who retired from the Cooperative Extension Service in 2009 as a communications specialist, died Jan. 10. He was 73.

JACKSONVILLE, Ark. — As an award-winning journalist, Lamar James covered many dark stories of violence, murder and disaster; yet he never lost his sense of optimism and humor, nor the generosity in his heart.

James, who retired from the Cooperative Extension Service in 2009 as a communications specialist, died Jan. 10. He was 73.

James worked through a double major in political science and journalism at Ouachita Baptist University, earning the Keith Tudor Journalism Scholarship and serving as features editor for the school paper. Not long after graduating in 1969, he landed his first job at the Post Tribune in Dallas. 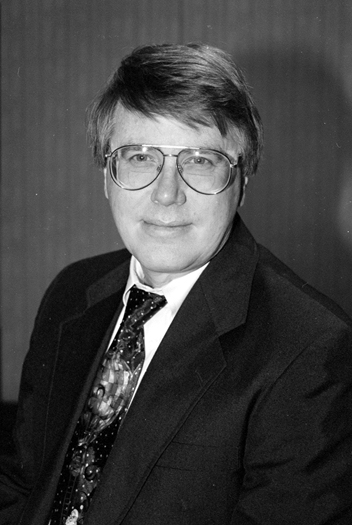 The following year, he was hired by the Pine Bluff Commercial as its police beat reporter and part-time photographer. He left the Commercial in 1974 to join the Arkansas Gazette as a police reporter on the city desk, a post he held until 1985. He would go on to serve as a general assignment reporter from 1985-89 and finally agriculture and business reporter from 1989 until the Gazette closed its doors in 1991.

James’ time at the Gazette was fruitful. He won awards for his news analysis, business news and agriculture coverage from the Arkansas Chapter of the Society of Professional Journalists, the Arkansas Press Association and the Gannett news organization.

His bylines topped some of the highest-profile stories of the time including the 1980 explosion of a missile silo at Damascus, the John Markle murder-suicide case in November 1987, and in the following month, the arrest of mass murderer Ronald Gene Simmons, as well as the 1988 arrest and suicide of Little Rock Police Chief Jess “Doc” Hale.

James joined the University of Arkansas System Division of Agriculture as an extension communications specialist, writing and photographing stories about agriculture, 4-H, the work being done by family and consumer science faculty and staff and community development. He was also self-employed as a wedding photographer.

“Lamar was a friend to everyone. He was unique, smart, witty and a great writer, photographer and friend,” Reynolds said. “A sci-fi fan, he once took a vacation with his wife, Debbie, to Roswell, New Mexico, in search of UFOs. He returned from their misadventure with, among other trinkets, a plastic Martian he would place each year on the Communications Department’s annual Christmas tree.

“We’ll miss him and his great wit,” he said.

Sonny Rhodes, an associate professor at the University of Arkansas at Little Rock, worked with James both at the Pine Bluff Commercial and the Arkansas Gazette. Rhodes remembered James as “one of the nicest people I have ever known” as well as a consummate professional.

“When I first knew him, I was an intern at the Commercial and I read his stories through the eyes of a pupil, looking for ways to improve my work,” Rhodes said. “I learned a lot about reporting that way. Years later, I read his stories in my role as a copy editor at the Gazette and was always happy when I had the opportunity to edit one of his pieces. Actually, his stories were so well crafted they needed no editing, I basically just put headlines on them. It was a privilege to know and work with Lamar.”

James enjoyed a good laugh; and kept things on the light side with his colleagues. Chris Meux, extension design specialist for the Division of Agriculture, remembered James always quoting the “Catcher in the Rye.”

“‘You’re a gentleman and a scholar,’ he would say,” Meux said, adding “he also quoted a lot of Monty Python. I keep thinking of great stories about Lamar and laughing.”

James had a huge heart. After college, he was a volunteer with VISTA, Volunteers in Service to America. His generosity also encompassed the world’s strays. He often brought food and water to stray animals he found near highways and at his office at the extension service in Little Rock.

James is survived by his wife of 35 years, Debbie James, of Jacksonville. He is also survived by his siblings: Herbert and Diane James, Carolyn Cooper, and Janet Tugwell all of Malvern; four children: Amanda McDermott of Haskell, Jeff and Mary Ann Reynolds of Garner, North Carolina, Shawn and Amy Blair of Ward, Shannon and Laura Saunders of Melissa, Texas; 10 grandchildren and nieces and nephews. Information about arrangements can be found at: http://anaturalstatefuneralservice.com/2021/01/lamar-scurlock-james-age-73/.