FAYETTEVILLE, Ark. — Ioannis Tzanetakis, University of Arkansas professor of plant pathology, is one of 12 recipients of Outstanding Faculty Member Awards for 2019-20. 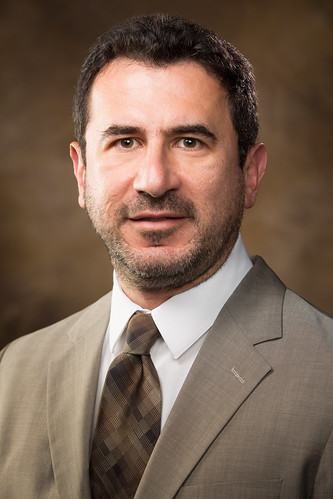 Tzanetakis has a dual appointment in the department of entomology and plant pathology — for research in the Arkansas Agricultural Experiment Station, the research arm of the U of A System Division of Agriculture, and for teaching in the U of A’s Dale Bumpers College of Agricultural, Food and Life Sciences.

The awards were presented by the Associated Student Government and the Graduate Professional Student Congress.

“I am lucky to mentor an exquisite group of virology scholars, which makes my job so much easier,” Tzanetakis said. “It is a great honor to even be nominated and I am dedicated to assisting students with their career goals and aspirations.”

Students wrote open responses about their professors and those applications were judged by student panels selected by both the Associated Student Government and the Graduate Professional Student Congress.

Tzanetakis focuses his research on virology, plant virus epidemiology and virus-vector interactions, and molecular biology and epidemiology of emaraviruses.

“Dr. Tzanetakis takes a keen interest in both the scientific training and professional growth of all his students,” said Ken Korth, interim head of the department. “He exemplifies what mentorship of graduate students should be. It does not surprise me that he was nominated by one of his own students because they recognize his efforts to support them. He is very deserving of this award.”

Tzanetakis earned bachelor’s and master’s degrees in soil science and agricultural chemistry from the Agricultural University of Athens, and his Ph.D. in molecular and cellular biology from Oregon State University.