(Newsrooms, with graphs at https://flic.kr/p/2iWrMqr)

LITTLE ROCK  — In the 61 years since the Personal Consumption Expenditures report has been issued by the Bureau of Economic Analysis, there has never been a drop as precipitous as the 7.3 percent decline between February and March of this year 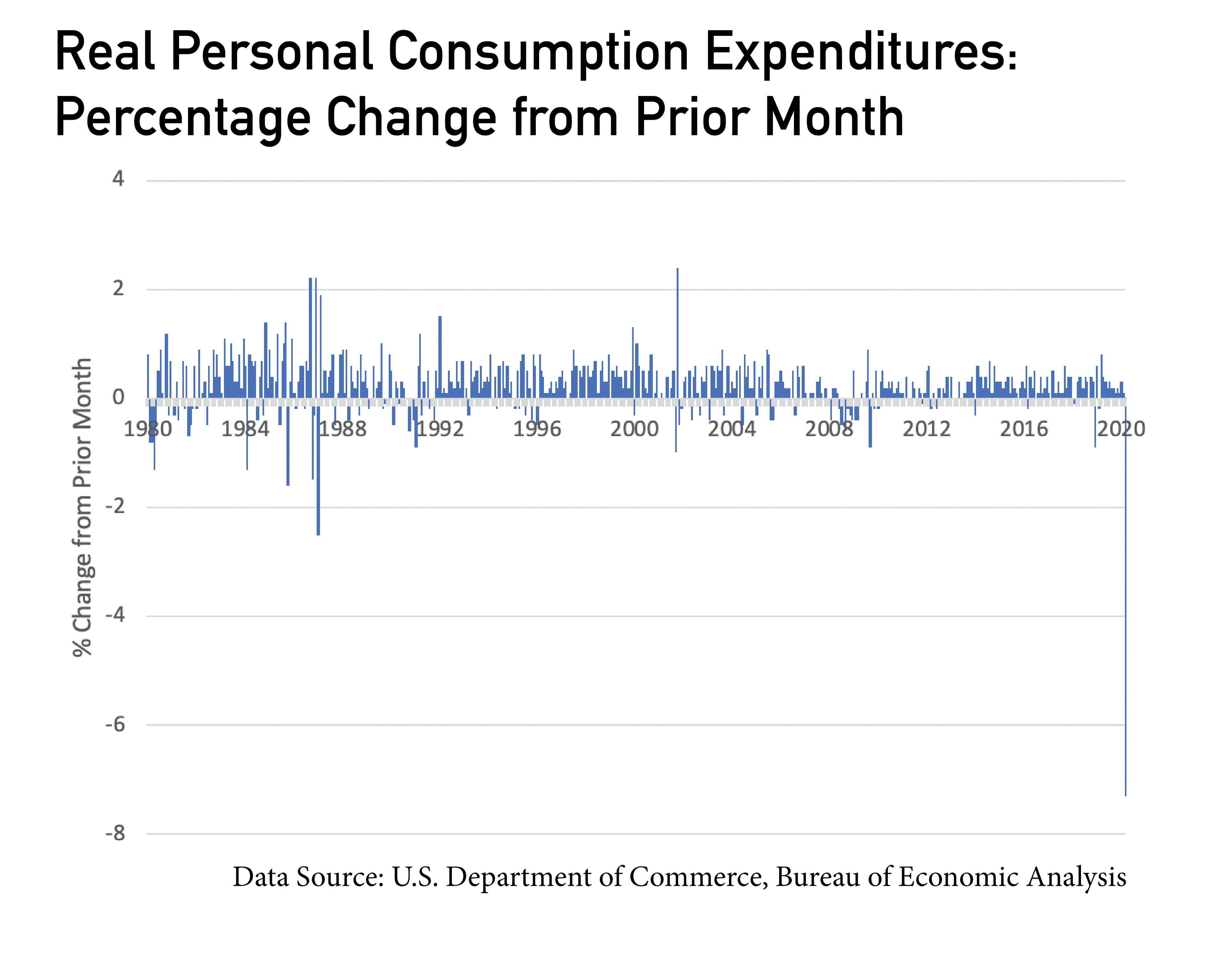 Real Personal Consumption Expenditures dropped 7.3 percent from February to March, the single greatest decline since the figures began being recorded in 1959. (U.S. Department of Commerce)

“That is a shocking month-to-month decline in PCE,” said John Anderson, head of the agricultural economics and agribusiness department of University of Arkansas System Division of Agriculture and the Dale Bumpers College of Agricultural Food and Life Sciences.

The PCE is part of the BEA’s monthly update on personal income and outlays. (See: https://www.bea.gov/news/2020/personal-income-and-outlays-march-2020)

However, not every category was down.

“Spending on food was sharply higher in March: up over 19 percent compared to the prior month,” he said. This spending only includes food bought for home consumption such as grocery and convenience store purchases of food.

“The only surge in PCE on food even remotely comparable to the most recent month was in December 1999, which – as readers of a certain age will recall – coincided with a wave of food stockpiling associated with the Y2K scare,” Anderson said. “In that month, PCE on food increased by 4.8 percent, month-to-month.”

He noted significant differences between the current COVID-19 pandemic and Y2K.

“First, the Y2K event was anticipated many months in advance. Consumers had ample opportunity to gradually build up supplies of non-perishable food items over a longer period of time than was possible in the current round of panic buying,” he said.

“Second, and more significantly, food service did not shut down in December 1999,” Anderson said. “In the COVID-19 shutdown, consumers were essentially forced to shift almost the entirety of their food purchases to grocery retail.”

To read more of Anderson’s take on COVID and consumer spending, see this and other economic impact reports at https://bit.ly/AR-Ag-Eco-Impacts2020