FAYETTEVILLE, Ark. — The COVID-19 pandemic has slowed demand in the energy and textiles sectors, prompting sharp declines in cotton and corn markets, according to a report from economists with the University of Arkansas System Division of Agriculture. 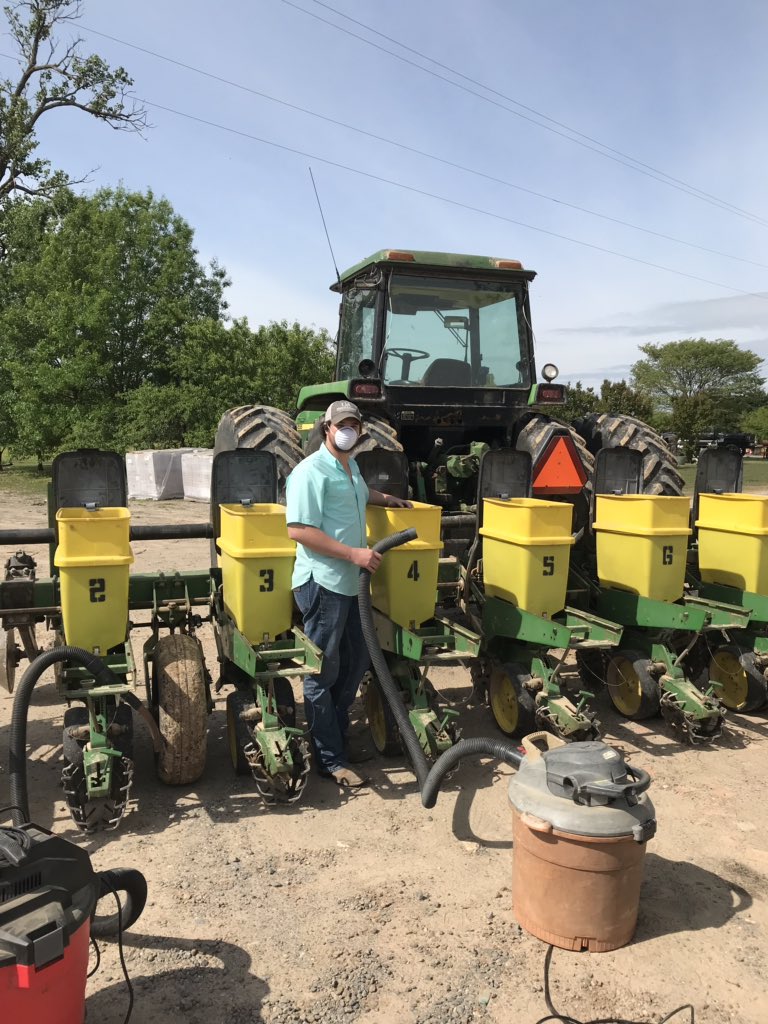 Alavaro Durand-Morat, research assistant professor for the Division of Agriculture and co-author of the report, said that both corn and cotton have seen a significant decrease in global demand due to the pandemic. The report and other economic impact analysis, which is updated frequently, can be found at https://bit.ly/AR-Ag-Eco-Impacts2020.

As countries around the world have imposed varying forms of “lockdown” or “stay-at-home” ordinances, both local and international travel have been reduced to a trickle, Durand-Morat said.

“The ethanol industry made up roughly 40 percent of U.S. corn production,” he said. “This year, the Renewable Fuel Association estimated that biofuel demand will be down 20-25 percent in the short term, which translates into a large drop in demand for corn.”

The corn cash market fluctuated throughout last week, closing at $3.26 a bushel on April 24, a 6 cent decline from the previous week.

“In this last week, the markets have found a new equilibrium, but at much lower prices,” Durand-Morat said.

“In the case of cotton, it’s the same idea,” he said. “The demand for clothing has decreased as the drop in gross domestic products decrease around the world, which is putting a lot of pressure on cotton prices, which, at some point, were down 25 percent. Year-to-date, I think the prices have stabilized, but with significant losses.”

The Division of Agriculture report highlights positive export sales announcements earlier this week, as December cotton futures gained about 2 cents per pound, trading at about 57 cents per pound. According to the report, China announced plans to add about 1 million tons of cotton to its reserves, the majority of which would be imported from the United States and contributing to its fullfilment of the Phase 1 trade deal signed earlier in the year.

Soybeans, despite suffering a 50 cent drop in bushel prices overall last week, may end up looking like the safer alternative to corn acreage.

“The United States has actually seen increasing exports in soybeans due to Chinese demand, while Argentina, and to some extent Brazil, are having COVID-related export restrictions,” Durand-Morat said. “So I think the soybean market is surprisingly resilient — although prices are lower, year-to-date, it hasn’t been as bad as cotton and corn.”

Spring rains made early planted rice a rare event throughout the month of March, and are continuing to offer Arkansas growers an uphill battle going into May. But the commodity’s performance under the duress of global trade in the time of COVID-19 may prove to be its finest hour.

“The rice market has actually remained quite steady, and in the international market, things are actually looking up for U.S. producers, due to C19’s impact on some other exporting countries,” Durand-Morat said.

Exports from several rice-exporting countries, including Cambodia, Myanmar and Pakistan have been suspended due to concerns over the COVID-19 pandemic. U.S. rice exports remain uninterrupted, however, with short supply driving prices, according to the report.

Going forward, Durand-Morat said that while the drop in ethanol demand may lead some Arkansas growers to swap corn for soybeans, other changes in planned acreage would likely hinge less on global markets in the near term, and more on weather-coping strategies.

“The lack of favorable planting conditions in our desired planting window will drive a shift, or lack thereof, in cotton,” Robertson said. “Conditions between now and May 10 will help drive the situation.”

Jeremy Ross, extension soybean agronomist for the Division of Agriculture, said soybean acreage seems to be holding true to what growers declared in late February, answering the annual planned acreage survey from the U.S. Department of Agriculture.

“As of today, I don’t see soybean acreage decreasing from the projected acreage,” Ross said. “However, we could increase acreage if we continue to delay planting for the short term. If we continue in this weather pattern for an extended period, we may see another year with a large percent of prevent acres and the soybean acreage could decrease from the projected estimates.

“It all hinges on the next four weeks,” he said. “With soybean, we can plant a tremendous amount of acreage in a relatively short amount of time.  In 2018, we planted 60 percent of the acreage in a four-week period.”