LITTLE ROCK — Arkansas growers intend to plant about 1.39 million acres of rice in 2020, according to a U.S. Department of Agriculture report released Tuesday. The acreage is a rebound from 2019’s 1.15 million acres, but still shy of 2018’s 1.44 million acres. The modest increase surprised some analysts, who expected acreage as high as 1.5 million acres, given prevailing market conditions. 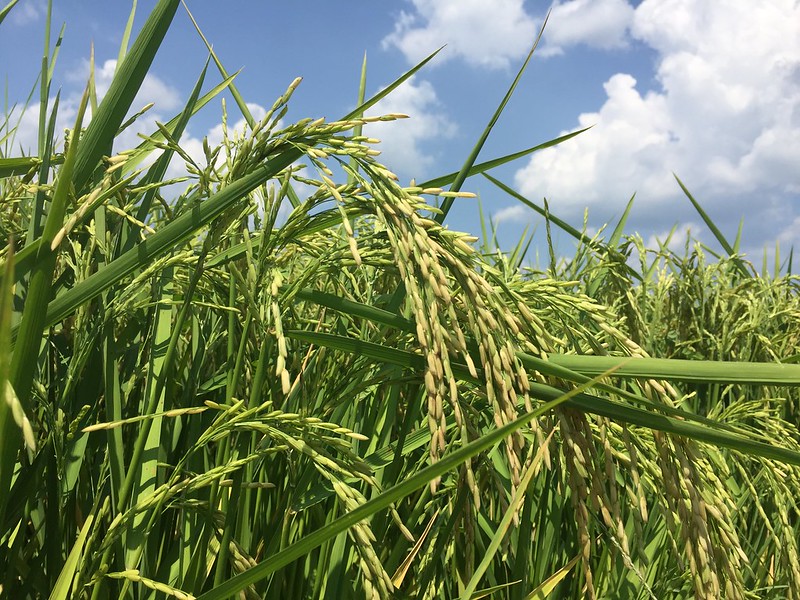 PROSPECTIVE — Arkansas growers indicated in March their intent to plant about 1.39 million acres of rice in 2020, falling short of many analysts' expectations.

Scott Stiles, extension economist for the University of Arkansas System Division of Agriculture, said the relatively small bump in the state’s rice acreage was the most notable detail in an otherwise unsurprising report.

“The comparative returns across all crops have favored rice this spring,” Stiles said. “Everything has pointed toward a huge expansion in rice this year — except weather.

“Diesel prices have dropped a dollar per gallon, year to date,” he said. “Fertilizer and seed costs have gone nowhere over the past year. In fact, fertilizer costs are lower than last year. These are facts. Weather permitting, my bias leans toward a higher rice acreage number come June 30,” when the USDA is expected to release a revised acreage report based on actual planting.

“Surprised would be my immediate reaction,” Jarrod Hardke, extension rice agronomist for the Division of Agriculture, said.

“My expectation at this point, weather permitting, is north of 1.5 million acres of rice,” he said. “That has been my expected target for some time, with recent events pointing the needle even further up. We still have all of April and May to get it planted, and history has shown that in just a few weeks’ time we can plant a lot of acres.

“We just need the window,” he said.

Corn and soybean see modest growth
Corn acreage grew a modest 4 percent over 2019 planting, from 770,000 to 800,000 acres. If growers follow through successfully, this would be the highest Arkansas corn acreage since 2013, when growers planted 880,000 acres.

Soybean, the state’s No. 1 crop, enjoyed a mild rebound from 2019 as well, growing 9 percent from about 2.65 million to 2.9 million acres, still well short of the 3.27 million acres seen as recently as 2018. At least three major factors have conspired to discourage soybean acreage — the ongoing trade dispute with China, more than a year’s worth of unfavorable weather and generally depressed commodity prices.

“At current price levels it’s difficult to imagine soybean acreage increasing,” Stiles said. “Today’s report didn’t reflect a huge change from last year. I guess you have to consider the whole picture: One side of the picture hangs over 2019 and all the prevented planting acres. Another side of the picture hangs over the rest of 2020 and hope that China comes through and buys our commodities.”

Jeremy Ross, extension soybean agronomist for the Division of Agriculture, said that while the acreage may be disappointing from a numbers perspective, he still has high hopes for the overall crop.

“I was hoping for a few more acres of soybean, but with the decline in price, the soybean acreage projections don’t surprise me,” Ross said. “We just need some dry weather so we can get started.

“The soybean field in Prairie County planted the first week of March has a good stand,” he said. “They look a little yellow, but that’s not surprising with the cool, wet conditions they have had since planting.”

Cotton falls slightly
Cotton acreage fell from 2019 plantings by about 5 percent, from 620,000 acres to 590,000 acres. Stiles said that previous surveys, conducted by the National Cotton Council in December and January, suggested that overall cotton acreage would be down. During the period that the USDA’s National Agricultural Statistics Service conducted its growers surveys for Tuesday’s report — the first two weeks of March — cotton prices were “tanking,” Stiles said.

“It shouldn’t be a surprise at all to see cotton acreage decline 5 percent,” he said. “Some would argue for a larger reduction with December 2020 futures trading around 53 cents today.”

Stiles said that even before the market fluctuations associated with the global COVID-19 pandemic began to send shockwaves through various agricultural markets (See: “Cattle industry feels effects of COVID-19 pandemic” https://bit.ly/2R0e5Pw), a variety of issues had been complicating planting decisions for some time.

“At current prices, there's not any incentive to switch from cotton to corn or soybeans,”
Stiles said. “None of those are at profitable levels right now.  Arkansas’ cotton acres had increased 4 straight years — it looks like the streak ends here.

“The past two years, growers have become accustomed to ad hoc assistance from things like the Market Facilitation Program (MFP),” he said. “Our perception of how things ‘have’ worked in the past probably influences planting decisions to some extent. That’s another issue at play in today’s numbers: growers may believe that under the current circumstance there’s a strong possibility for another round of ad hoc subsidies, and they’ll need to plant something in order to receive those potential payments.”