The grant, totaling $2,447,432, was awarded through the USDA’s Specialty Crop Research Initiative, authorized by the 2014 Farm Bill. 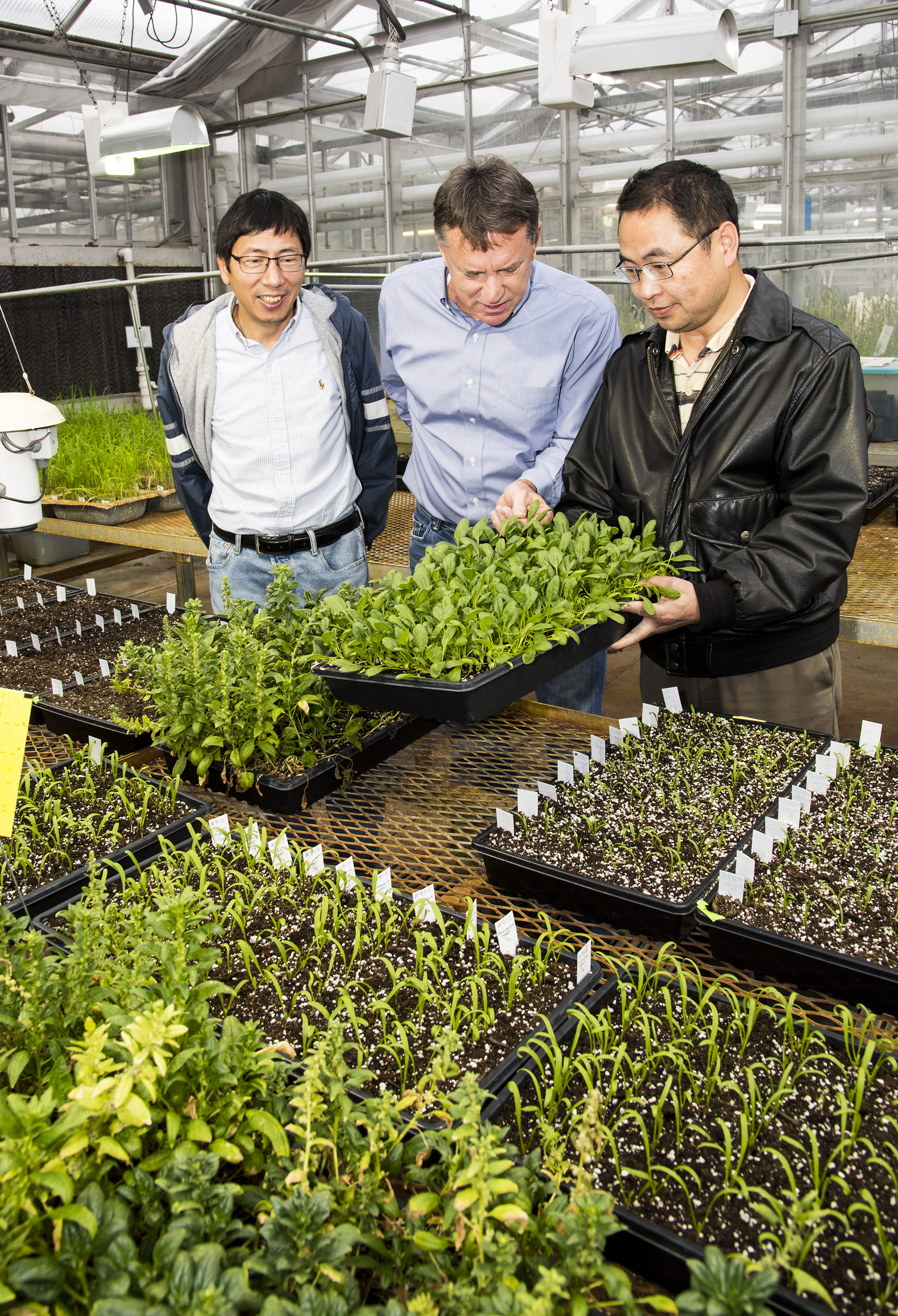 It funds an ongoing project by Division of Agriculture researchers Ainong Shi and James Correll, who are leading a multi-state and multi-agency collaboration to meet growing consumer demand for spinach by developing new, disease-resistant varieties.

“The U.S. is the second largest producer of spinach and there has been a dramatic increase in spinach production as a result of higher consumption,” Shi said. “In order to keep up with demand, growers require continuous development of improved and adapted spinach varieties to overcome diseases and insect pests.”

Correll describes agricultural plant breeding as a biological arms race. “The first, best line of defense against plant diseases is resistance,” he said.

Shi and Correll have teamed up to bring new tools to the spinach breeding arena. They began with a three-year research program to identify resistance to downy mildew, the most yield-limiting disease in spinach in the U.S. That project was funded by a $725,552 USDA Specialty Crop Multistate Program grant administered through the Arkansas Agriculture Department.

The new grant allows them to broaden their investigation to include resistance to white rust and Fusarium wilt and to apply molecular breeding tools to develop improved varieties.

Correll’s team brings decades of research on downy mildew to the partnership. They have had numerous USDA grants to examine how these pathogens attacks spinach throughout the world.

Shi brings a host of genetic tools and knowledge to the table.

Shi’s strategy is three-pronged. First, he is identifying quantitative gene loci — the locations of particular genes in DNA — that control disease resistance.

Breeding efforts will focus on gene pyramiding, or gene stacking, Shi said. By this strategy, multiple genes for disease resistance will be bred into improved spinach varieties. The result would be plants with multiple means of defense against disease-causing pathogens.

Shi said the goal of the collaborative research is to use these advanced genetic tools to more efficiently develop improved spinach varieties through conventional breeding methods.

The NIFA grant is one of 12 awarded nationwide for science-based solutions and new technology for the specialty crop industry.

To learn more about our research, visit www.aaes.uark.edu.