By Ryan McGeeney
U of A System Division of Agriculture
Oct. 27, 2017

LITTLE ROCK – While global rice production and trade are shifting slightly, the 2017-2018 U.S. rice market will likely see declines in production, consumption, exports and stocks, according to the U.S. Department of Agriculture. 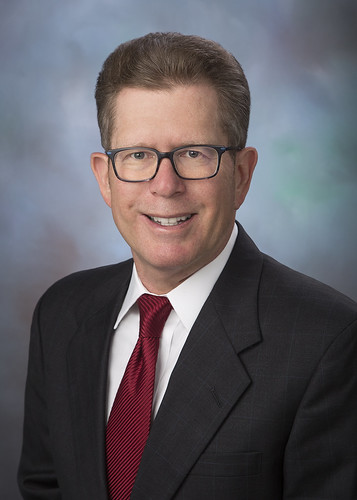 Nathan Childs, agricultural economist with the USDA’s Economic Research Service, delivered the overview Thursday afternoon in a webinar produced by the University of Arkansas System Division of Agriculture.

This year, total rice production in the United States dropped 20 percent. Childs’s report attributed this to three primary factors, including a weak price outlook for long grain rice, heavy rainfall and flooding in the spring, both in the mid-South and California, and the effects of Gulf Coast hurricanes during the late summer.

The top five rice-producing states in the United States, including Arkansas, California, Louisiana, Mississippi and Texas, all saw significant declines in harvested rice acreage, a fact that will come as no surprise to the growers and other industry professionals who lived through it. Arkansas, according to Childs’s presentation, accounted for the bulk of the harvested acreage decline, dropping from about 1.5 million acres in 2016 to about 1.1 million acres in 2017. Nevertheless, Arkansas remains the country’s top rice-producing state.

Overall, Childs projected a 0.3 percent drop in the global rice trade in 2018, although it will remain high in the grand sweep of history — 2017 set a global record in rice trade at 44.4 million tons. The United States, along with Argentina, Burma, Cambodia and Thailand, is expected to export less rice in 2018. Global rice supplies will actually be at a record high — about 622 million tons — due to stocks carried over from the previous year.

The roles of biggest exporters and importers are projected to remain unchanged at the top, with India and Thailand remaining the No. 1 and 2 exporters, respectively, and China and Nigeria remaining the two largest rice importers.

The largest projected declines in global rice production, in raw numbers, belonged to Bangladesh, down 1.6 million tons; China, down 850,000 tons; and Brazil, down 562,000 tons. Egypt and the Philippines rounded out the top five countries in reduced production.

Toward the end of Thursday’s presentation, Childs took questions from webinar participants, read by Bobby Coats, professor of Economics for the Division of Agriculture. Questions ranged from exports to China and Mexico, to concerns about global weather patterns.

“What are the implications for co-products of rice, given the projections for tighter supplies and higher prices?” asked Coats. Rice co-products include things such as stabilized rice bran, brewers yeast, hulls and mill feed.

“For the most part, U.S. rice doesn’t respond very much to domestic rice changes,” Childs said. “People eat about the same amount. But for co-products, the higher prices could be more of a factor. The use of rice in other products has a higher rice response. So it’s going to have a higher response, compared to about zero for just table rice.”

“No,” said Childs. “Given their current policies — they have a TRQ [tariff rate quota] around 5.2 million tons — we haven’t seen any reason to believe they would return to that level whatsoever.”

“Are you expecting China to start importing U.S. rice in the near future?” asked Coats.

“It’s been a long process, and there’s still details to be worked out,” Childs said. “I believe they’re inspecting the ports and facilities. I’d say that the short- and medium-term outlook for China would strictly be quality processed, milled rice for urban consumers, and not large-scale import of bulk rice… I think it’s just going to be niche markets on the coastal, high-income areas.”

“[Has Mexico] reduced their tariffs to South American countries, to allow rice to come in?” asked Coats.

“I know that they increased their tariffs on the Asian rice, in the last day or two of 2014,” he said. “That almost took the Asian exporters out of the market. But they’ve been replaced by growing sales from South America — Uruguay is a major one coming in. Brazil has shipped some up as well. Under NAFTA, the U.S. would have no tariff. I’m not aware of any special status for South America.”

“Is there any potential new rice business in Latin America?” Coats asked.

“Latin America is the No. 1 market for U.S. rice,” Childs said. “With the high price of U.S. rice right now, I don’t know where a new market would be found [within Latin America]. Cuba would be one, if political conditions improve. Cuba buys quite a bit from south America, but also buys from Vietnam.”

Coats said 109 sites “tuned in” to Thursday’s webinar, although exact numbers of attendees isn’t known, as each site potentially made the webinar available to an unknown number of viewers.