By Ryan McGeeney
U of A System Division of Agriculture
Oct. 13, 2017

LITTLE ROCK – Seven Arkansas soybean growers have broken the 100-bushel-per-acre mark this season so far, with others possibly to come.

The growers, four of whom have surpassed the benchmark yield in previous seasons, are all taking part in the Arkansas Soybean Association’s “Grow for the Green Soybean Yield Challenge.” 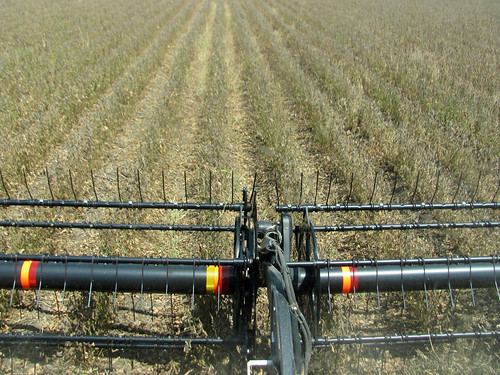 Jeremy Ross, extension soybean agronomist with the University of Arkansas System Division of Agriculture, said the certifications have come unusually late in the year. But as any grower in the state will tell you, 2017 has been anything but usual.

“In a typical year, we’d have quit looking at fields in competition two to three weeks ago,” Ross said. “But it’s the second week of October, and there are still a few potential fields out there.”

“We’ve had a spectacular year for soybeans in Arkansas,” Ross said. He noted that the original U.S. Department of Agriculture soybean acreage estimate of 3.5 million acres for 2017 actually rose slightly — by about 50,000 acres — after severe flooding in the late spring and early summer led some growers to plant beans where they’d lost rice and corn to the weather.

Unseasonable cool temperatures and frequent rains also led to excellent yields, even if the overall average doesn’t put most fields anywhere near the 100-bushel mark. Data released this week from the USDA’s National Agricultural Statistics Service estimates the average soybean yield in the state at 51 bushels per acre — four bushels above 2016’s average, and a new state record. Arkansas rice, while losing between 100,000 and 200,000 acres to flood damage in May, is also seeing an improved yield over 2016, rising from 6,920 lbs/ac to 7,350 lbs/ac in 2017.

Winners of the 2017 Grow for the Green contest will be recognized at the Arkansas Soybean Association’s annual meeting in January 2018.

To learn about soybeans in Arkansas, contact your local Cooperative Extension Service agent or visit www.uaex.uada.edu.