After the flood, read label before reapplying herbicide
skip to main content
News - 2017

After the flood, read label before reapplying herbicide

By Fred Miller
U of A System Division of Agriculture
May 12, 2017

“Most herbicides do not like being under a flood,” Scott said. “Chemical processes associated with hydrolysis and leaching mean the weed control usually breaks.” 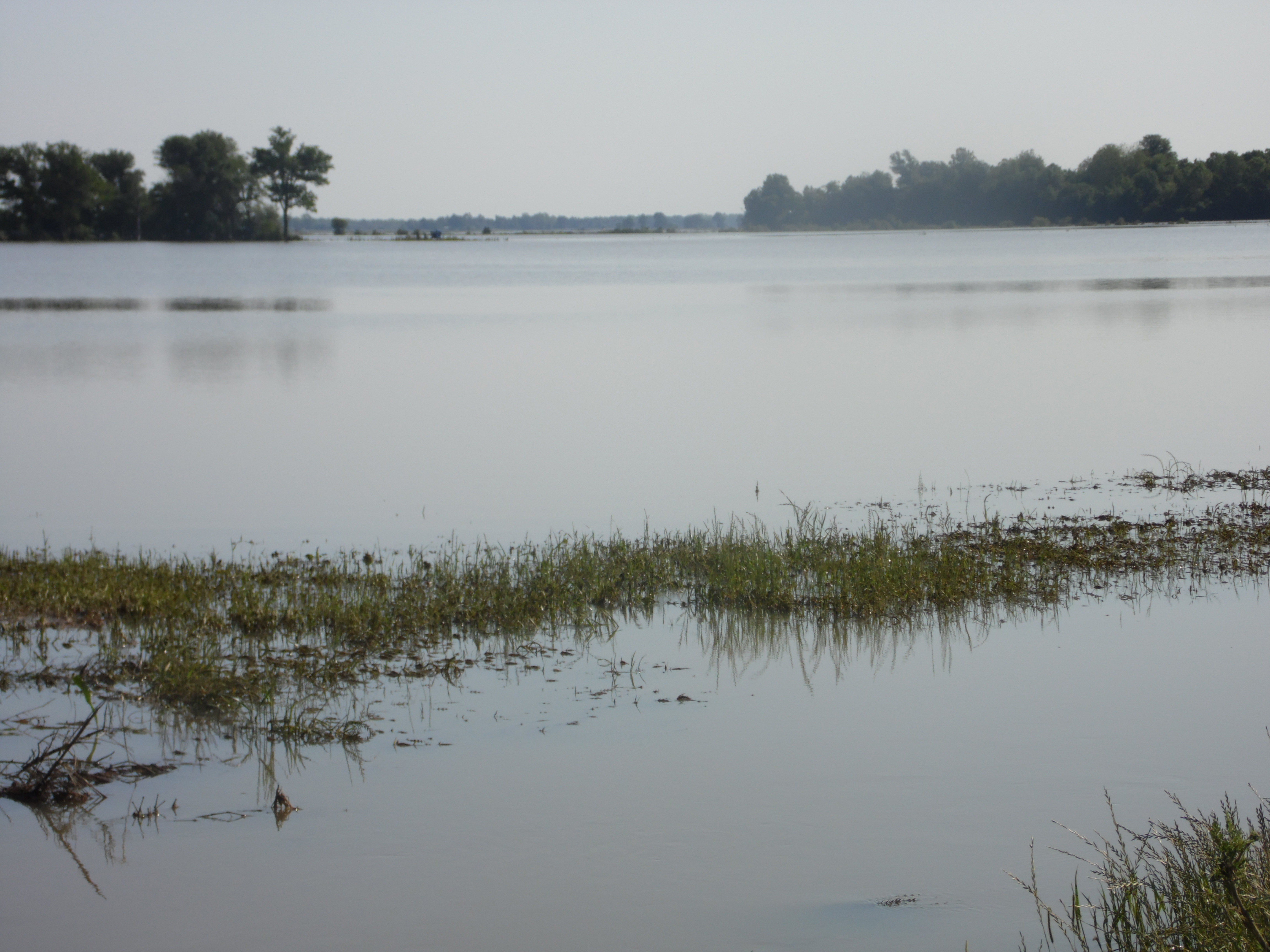 UNDERWATER WEEDS — Flooding probably won’t kill weeds on its own, but does pose a threat both in spreading seeds and forcing farmers to reapply herbicides. Taken May 8, 2017. File photo (U of A System Division of Agriculture photo)

Division weed scientist Jason Norsworthy said some herbicides are going to be more tightly bound to soil and aren’t going to move as much as some others, but figuring out which chemistry you have and how the water in a particular field has interacted with it would be difficult to determine.

“Overall,” Norsworthy said, “where there has been a lot of water moving through your field, the efficacy of your weed control will be diminished greatly.”

Scott agrees. “Everyone knows, after the water goes down, the weeds are going to follow,” he said.

And that means weed control will have to be reapplied. In most cases, Scott said, growers will have to apply residual herbicides in replanted fields or those in which the planted crop survived.

However, Scott said farmers must be careful to follow the label instructions for their herbicides. There are season limits on how much can be applied for some products.

For Dual herbicide, as an example, the label states an annual limit of 2.5 pints per acre, Scott said.

“Most growers usually use a pint to a pint and a quarter per acre,” Scott said. “So they can usually make another application after a flood and still be within the limit.”

Other products are only permitted for one application per season, he said. “In that case, you’ll have to move on to another technology.”

Some products require eight to nine weeks between rotations, Scott said. “Be sure to watch for this,” he said.

Norsworthy also emphasized the importance of reading and following the labels on weed control products, especially when growers have to replant crops.

“You may have to start over with a new weed control program,” Norsworthy said, “and choose a crop to plant back that works with that product.”

“Growers looking at plant-back can use it to see what you can do,” Norsworthy said.

Scott also warned that growers should watch out for the unexpected. “In floods,” he said, “sometimes things wash out onto fields that present unique weed control problems.”

This has led to some strange weed control calls, he said. “One guy brought me a cottonwood seedling that had landed in his field.”