By Ryan McGeeney
U of A System Division of Agriculture
March 31, 2017

HARRISON, Ark. — While the story of how weather conditions will ultimately affect Arkansas row crops in 2017 has as yet to be written, the state’s specialty crops have already seen the year’s first casualties.

An overnight freeze on March 18, which brought temperatures down to the mid-20’s in much of the northern half of Arkansas, severely damaged much of the state’s peach production, experts with the University of Arkansas System Division of Agriculture said this week. With many trees in bloom and speeding toward a summertime harvest, producers in Boone and Faulkner counties reported major losses. 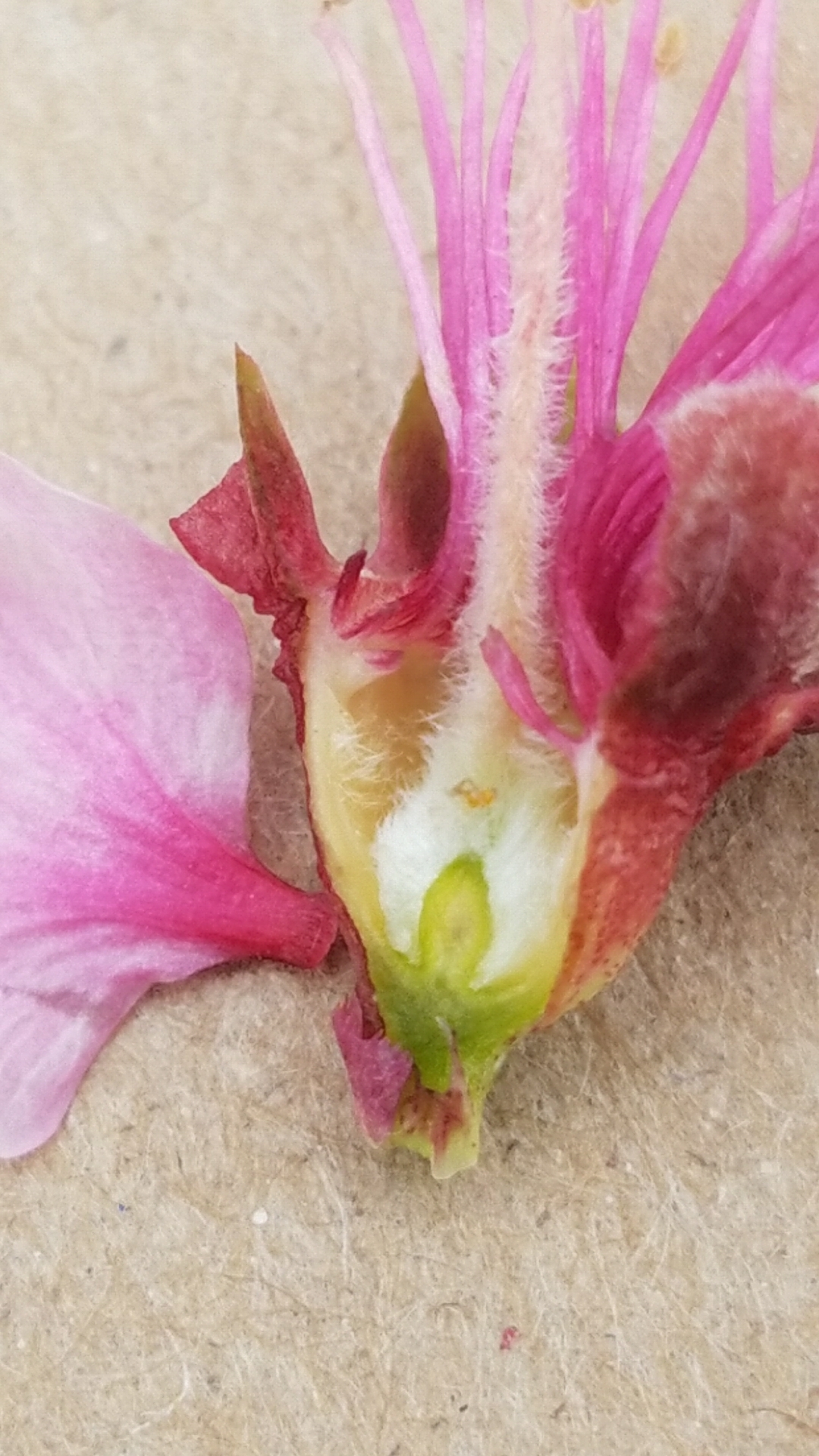 Mike McClintock, Boone County extension agent for the Division of Agriculture, said the freeze meant a near-total loss for peach growers in the county.

“We had several weeks of real warm temperatures in early March — the ground temperature was pushing 60 degrees,” McClintock said. “So we had a lot of movement in our fruit trees and small fruit. The plums were in full bloom, the pears were in bloom, and the peaches were just starting to bloom when that cold air hit two weekends ago.”

He said temperatures dropped to 24 degrees or below in the early morning hours, and didn’t rise above freezing for several hours.

“It looks like 90 percent of our peach crop is wiped out,” McClintock said. “All of our pears and plums appear to be wiped out, and our early blackberry plants had about 80 percent damage. The later-swelling blackberries appear to be OK, but we’ll just have to wait and see when they bloom.”

Production numbers for peaches, as with any specialty crop in Arkansas, have never approached the scale of row crops such as soybeans or rice, and have in fact declined for more than a decade.

Between 2003 and 2015, peach acreage in Arkansas fell from about 1,600 acres to 550 acres, according to the U.S. Department of Agriculture. As recently as 2015, the most recent year for which data are available, the USDA reported Arkansas produced about 1,100 tons of peaches, yielding a production value of almost $2 million. Arkansas peaches represent just a sliver of the country’s approximately 805 million tons of peaches — about 559 million tons of which were produced in California, according to the report. The USDA discontinued Arkansas peach production estimates after 2015.

While some counties with active production suffered notable losses, others, including Johnson County, were relatively unaffected. Blair Griffin, Johnson County extensions staff chair, said the mid-March freeze was a “net positive” for growers in his county.

“What freeze we had was probably beneficial from a thinning standpoint,” Griffin said. “You’ve got perhaps 1,000 blooms on a tree — the growers have to go in and physically remove a lot of those blooms in order to get to a more manageable situation. They want good fruit, not a lot of fruit. And the freeze simply took care of that for them, apparently.”

Griffin said Johnson County produces about 90 acres of peaches, 15 acres of blueberries, seven or eight acres of blackberries and two to three acres of strawberries.

“All these fruits are perennial crops,” she said. “You plant them once, and you harvest them annually for five to 10 years. With peaches, you don’t even get a crop until the third year. So it’s not like we can go out and plant more today and get peaches in August.

“Strawberries are a little different — we plant new plants every year, back in October,” she said. “So we’re really too late in the season for recovery, if you have a really damaged strawberry crop.

“But the other thing to think about is that flower buds develop at different times throughout the season. In some cases, people lost blooms on their strawberries or peaches, but it was only really the earliest blooms that opened, and a lot of those other blooms were still tight and closed in the bud stage, and the bud stage is generally a lot more cold tolerant,” McWhirt said. “In some cases, people may have lost the earliest fruit that was going to come off, but they’ll have a season — it’ll just start a little later, it’ll be delayed.”

While specialty crop insurance is available through the federal government, premiums are so high that most small-scale producers can’t afford it.

“Usually the larger commercial operations have specialty crop insurance for this kind of scenario,” McClintock said. “But the crop insurance is so expensive, the small guys just take their risks. There’s no recovering. Hopefully, they can sell more vegetables, etc., to help, but you can’t replace it this year. It’s just gone.”

Tom Henry, a Faulkner County peach producer who said he suffered major losses due to the mid-March freeze, said he had already been struggling to fully recover from a similar weather-related event in 2007.

“How do you deal with it?” Henry said. It’s hard “for about two years, trying to pay back all the loans you took out to stay in business. It takes 10 years to bounce back from something like 2007, because in any given year, we’re $100,000 into it before we pick our first peach.”

While peaches in Boone County may be a near-total loss in 2017, McClintock pointed out a silver lining in the growing use of high tunnels in strawberry production. Not only do the shelters, many of which are partially funded through NRCS grants, protect strawberries from unexpected freezes, McClintock said, they also sharply increase the possible yield per acre.

“We have three producers with strawberries under high tunnels now,” he said. “There’s a waiting list of six other farms in the county wanting to go into high tunnel production.

“The high tunnels in the area really showed their worth with this last freeze, as far as protecting strawberries, because we had practically zero loss in strawberry high tunnels,” McClintock said. “Outside, where they had to put them under row covers, the took a 5-20 percent hit on production.

“Strawberries produced in high tunnels probably make up less than half an acre in total,” McClintock said. “But the production is twice as much. They’re producing strawberries now. Last week, a grower picked and sold 150 lbs. of strawberries in one day. At $3.50/lb., that’s pretty profitable.”