FAYETTEVILLE, Ark. – Age, mold, winter and water can take their toll on the nutrient value of hay bales, but old bales can bring new life to the soil, said Dirk Philipp, associate professor-animal science for the University of Arkansas System Division of Agriculture. 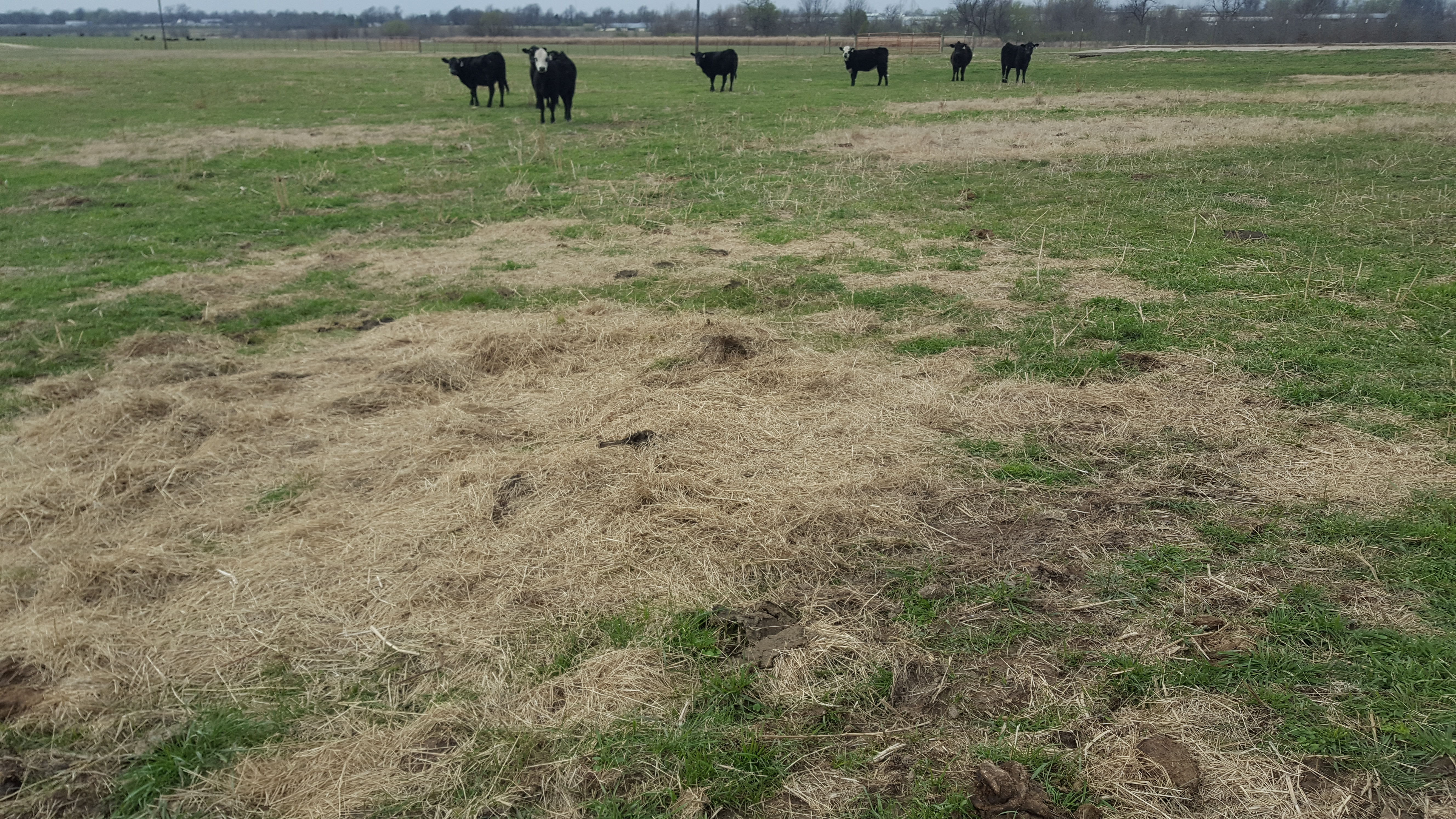 OLD HAY, NEW USE -- Leftover, weather-worn bales of hay can be used to fertilize pastures. (U of A System Division of Agriculture photo)

With the arrival of spring, hay-feeding season is drawing to an end, and livestock producers may be left with extras.

“But that doesn’t mean hay goes to waste,” Philipp said. “Turns out that hay can be used as a fertilizer.

“While it’s not as effective as made-for-the-job fertilizers, since hay has been removed from your fields, you may as well return it to get some benefit,” he said.

First, let’s look at the potential nutrient value to your soil. Assuming an average Bermudagrass round bale weighing 1,000 pounds, you could get:

“While these are ballpark numbers, keep in mind that the hay quality may vary substantially,” Philipp said. “Of course, the better quality hay should be fed to cattle, but don’t underestimate the nutrients and minerals contained in the not-so-good hay that weathers way along your fence lines.”

How to use it

Philipp said when getting ready to use the hay be sure to know the hay’s source, so “you don’t spread weeds or noxious plants and don’t spray toxic fescue into non-toxic stands.”

The next step would be to use the old hay on bare soil or overgrazed spots to serve as a ground cover. It can also be used in areas that are low in nutrients with little current forage growth.

“You can also incorporate the hay into areas you need to till or work up for other purposes such as pasture renovation,” he said.

There are additional strategies you can use to spread nutrients contained in hay,” Philipp said. “If you need to feed old hay, spread it out across an area and let your animals sort through the best parts of it. This way, they will spread the hay even further.”

Philipp also suggested moving hay rings around at each feeding.